Sergeant Preston of the Yukon Volume 3 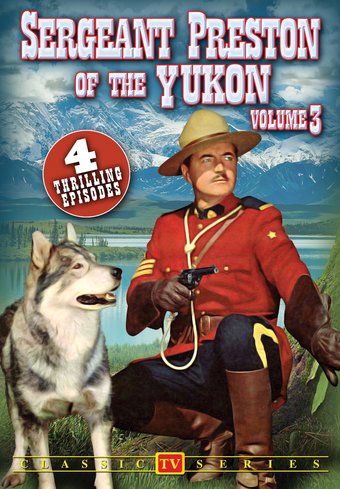 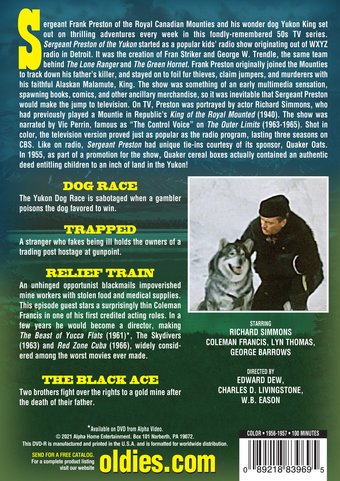 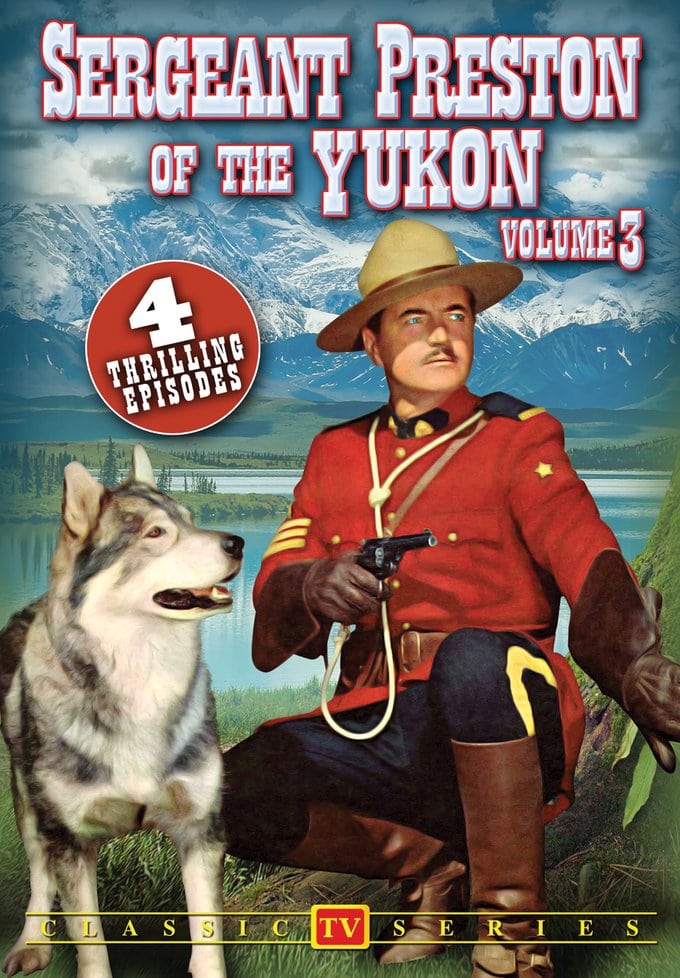 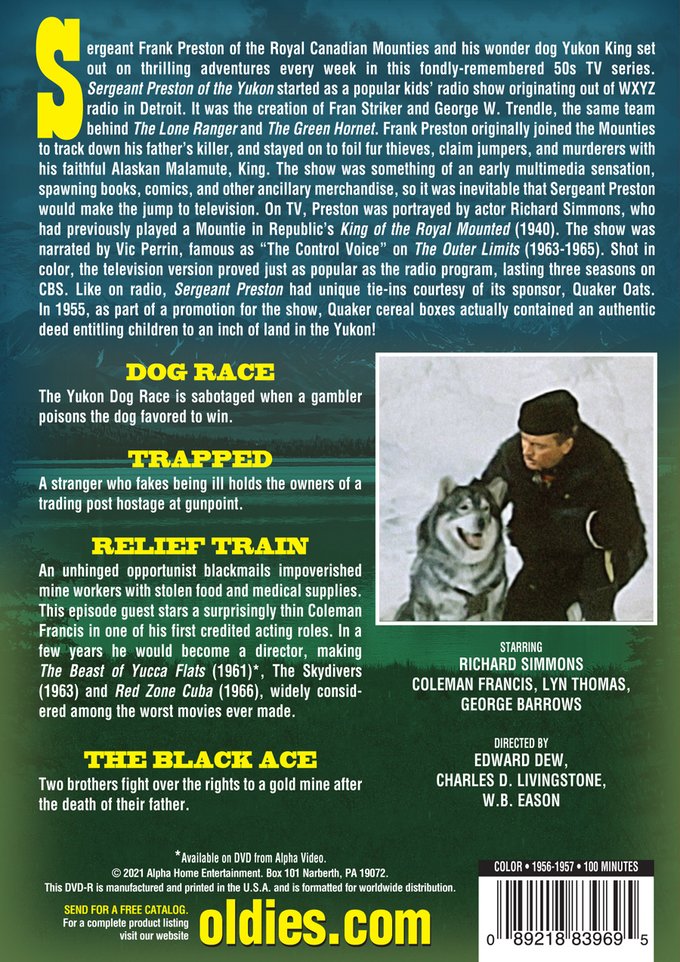 Sergeant Frank Preston of the Royal Canadian Mounties and his wonder dog Yukon King set out on thrilling adventures every week in this fondly-remembered 50s TV series. Sergeant Preston of the Yukon started as a popular kids' radio show originating out of WXYZ radio in Detroit. It was the creation of Fran Striker and George W. Trendle, the same team behind The Lone Ranger and The Green Hornet. Frank Preston originally joined the Mounties to track down his father's killer, and stayed on to foil fur thieves, claim jumpers, and murderers with his faithful Alaskan Malamute, King. The show was something of an early multimedia sensation, spawning books, comics, and other ancillary merchandise, so it was inevitable that Sergeant Preston would make the jump to television. On TV, Preston was portrayed by actor Richard Simmons, who had previously played a Mountie in Republic's King of the Royal Mounted (1940). The show was narrated by Vic Perrin, famous as "The Control Voice" on The Outer Limits (1963-1965). Shot in color, the television version proved just as popular as the radio program, lasting three seasons on CBS. Like on radio, Sergeant Preston had unique tie-ins courtesy of its sponsor, Quaker Oats. In 1955, as part of a promotion for the show, Quaker cereal boxes actually contained an authentic deed entitling children to an inch of land in the Yukon!

DOG RACE: The Yukon Dog Race is sabotaged when a gambler poisons the dog favored to win.

TRAPPED: A stranger who fakes being ill holds the owners of a trading post hostage at gunpoint.

RELIEF TRAIN: An unhinged opportunist blackmails impoverished mine workers with stolen food and medical supplies. This episode guest stars a surprisingly thin Coleman Francis in one of his first credited acting roles. In a few years he would become a director, making The Beast of Yucca Flats (1961), The Skydivers (1963) and Red Zone Cuba (1966), widely considered among the worst movies ever made.

THE BLACK ACE: Two brothers fight over the rights to a gold mine after the death of their father.