A rare Western starring stuntman Wally West as ‘Tom Wynn’, never before on DVD! Plus ‘Ranch Dynamite’ with Lane Chandler. 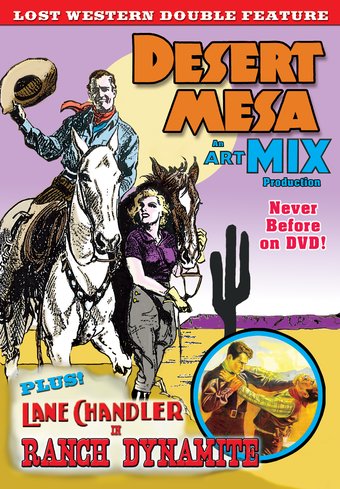 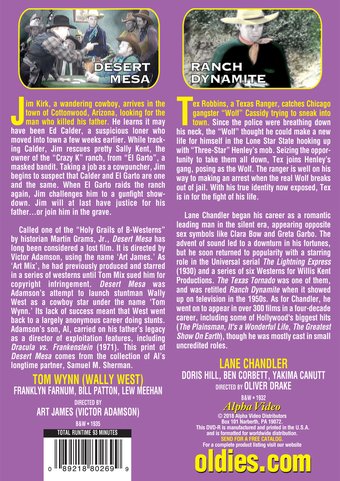 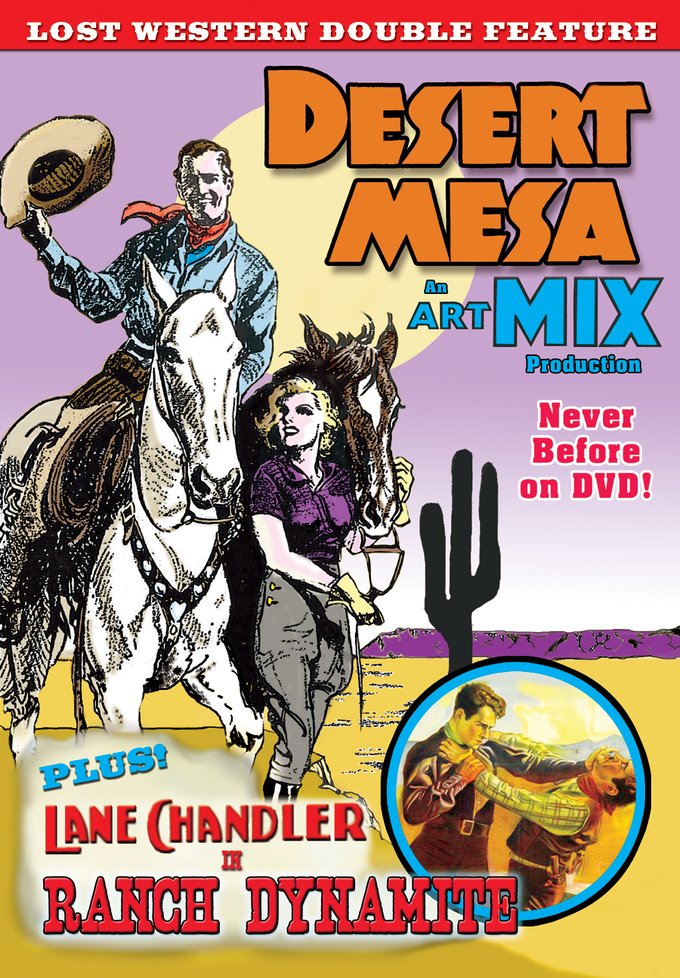 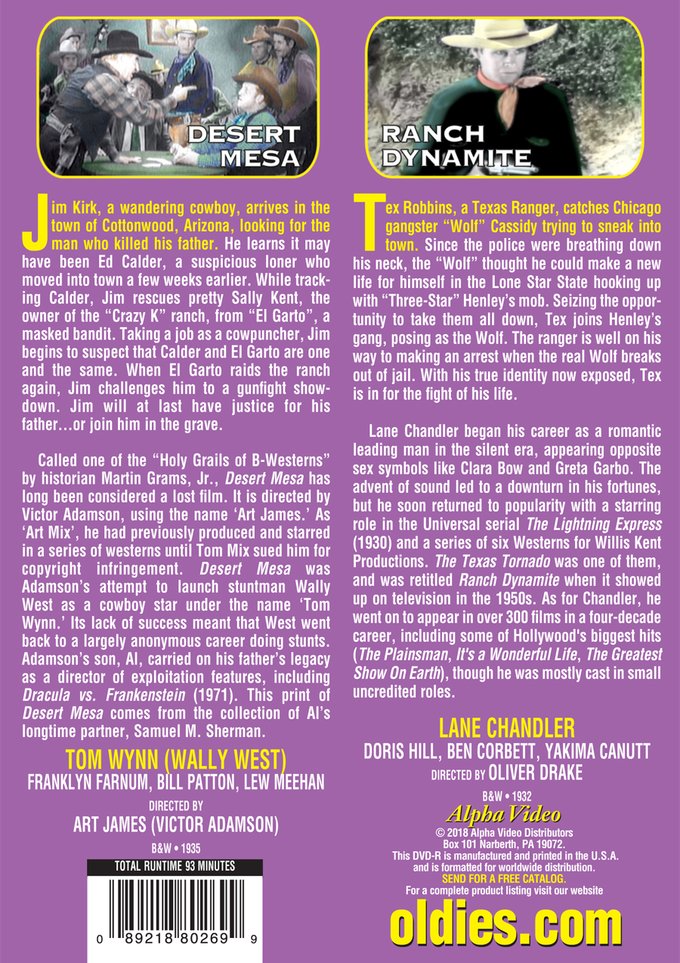 DESERT MESA (1935): Jim Kirk, a wandering cowboy, arrives in the town of Cottonwood, Arizona, looking for the man who killed his father. He learns it may have been Ed Calder, a suspicious loner who moved into town a few weeks earlier. While tracking Calder, Jim rescues pretty Sally Kent, the owner of the “Crazy K” ranch, from “El Garto”, a masked bandit. Taking a job as a cowpuncher, Jim begins to suspect that Calder and El Garto are one and the same. When El Garto raids the ranch again, Jim challenges him to a gunfight showdown. Jim will at last have justice for his father...or join him in the grave.

Called one of the “Holy Grails of B-Westerns” by historian Martin Grams, Jr., Desert Mesa has long been considered a lost film. It is directed by Victor Adamson, using the name ‘Art James.’ As ‘Art Mix’, he had previously produced and starred in a series of westerns until Tom Mix sued him for copyright infringement. Desert Mesa was Adamson’s attempt to launch stuntman Wally West as a cowboy star under the name ‘Tom Wynn.’ Its lack of success meant that West went back to a largely anonymous career doing stunts. Adamson’s son, Al, carried on his father’s legacy as a director of exploitation features, including Dracula vs. Frankenstein (1971). This print of Desert Mesa comes from the collection of Al’s longtime partner, Samuel M. Sherman.

RANCH DYNAMITE (1932): Tex Robbins, a Texas Ranger, catches Chicago gangster “Wolf” Cassidy trying to sneak into town. Since the police were breathing down his neck in Chicago, the “Wolf” thought he could make a new life for himself in the Lone Star State hooking up with “Three-Star” Henley’s mob. Seizing the opportunity to take them all down, Tex joins Henley’s gang, posing as the Wolf. The ranger is well on his way to making an arrest when the real Wolf breaks out of jail, desperate for revenge. With his true identity now exposed, Tex is in for the fight of his life.

Lane Chandler began his career as a romantic leading man in the silent era, appearing opposite sex symbols like Clara Bow and Greta Garbo. The advent of sound led to a downturn in his fortunes, but he soon returned to popularity with a starring role in the Universal serial The Lightning Express (1930) and a series of six Westerns for Willis Kent Productions. The Texas Tornado was one of them, and was retitled Ranch Dynamite when it showed up on television in the 1950s. As for Chandler, he went on to appear in over 300 films in a four-decade career, including some of Hollywood's biggest hits (The Plainsman, It's a Wonderful Life, The Greatest Show On Earth), though he was mostly cast in small uncredited roles.