Zorro - The Triumph of Zorro

Don Diego's grandson takes up the mask and cape of his famous ancestor in this long-lost Zorro adventure. 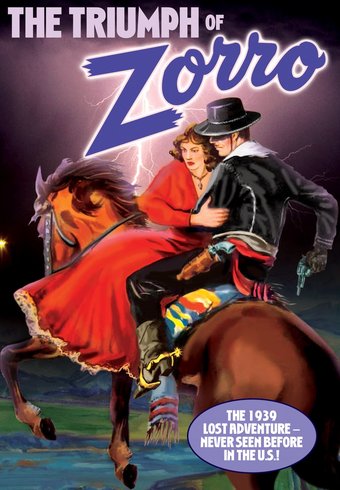 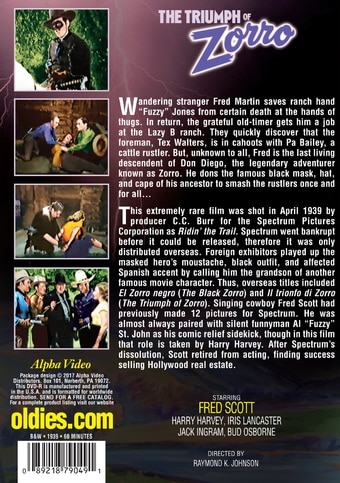 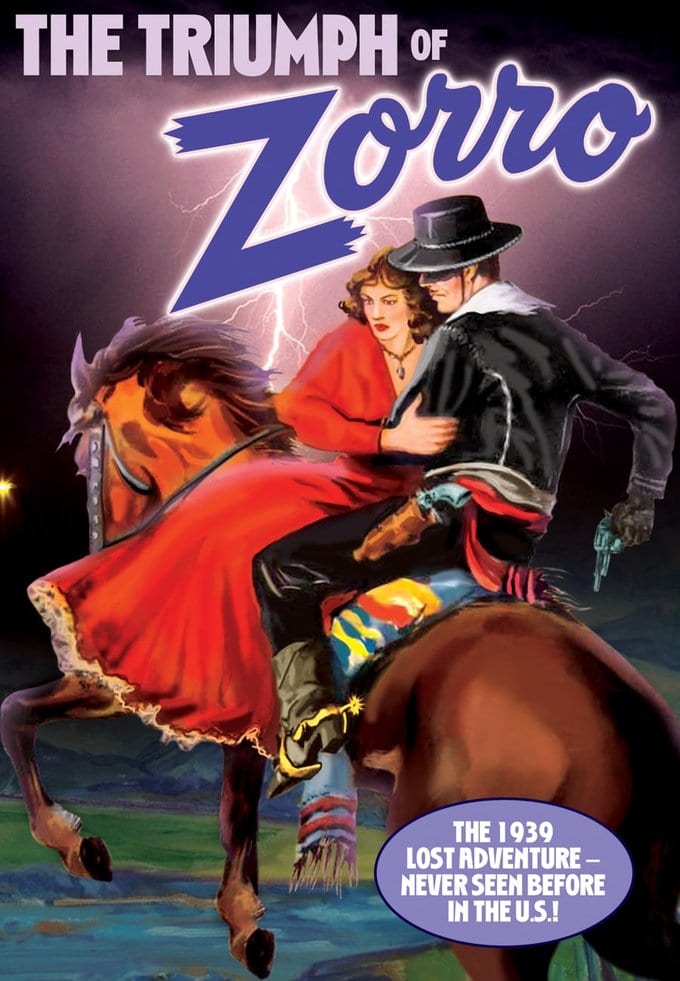 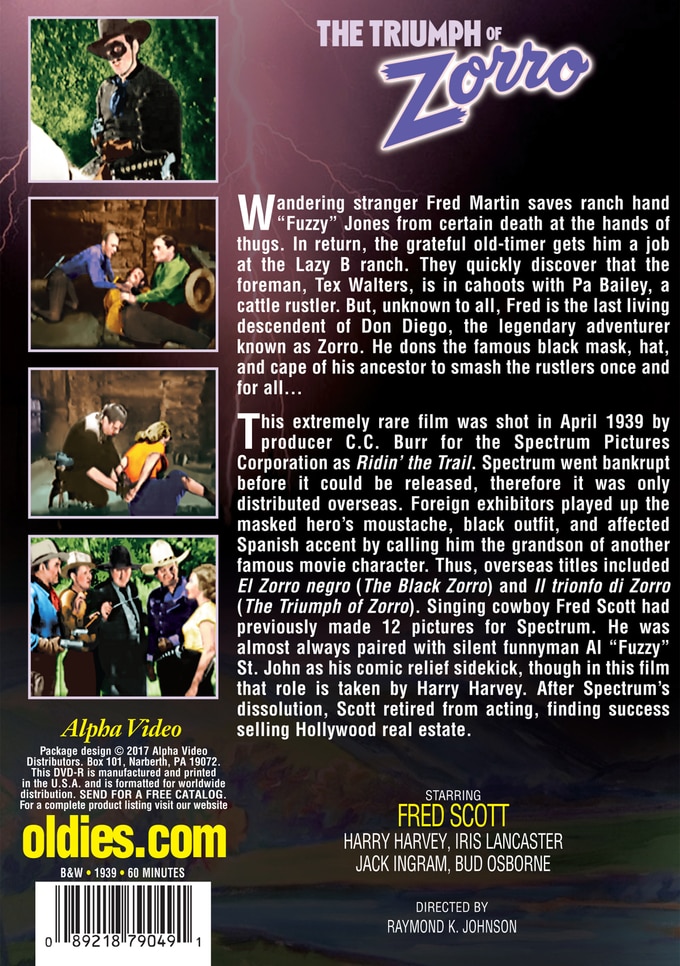 Wandering stranger Fred Martin saves ranch hand "Fuzzy" Jones from certain death at the hands of thugs. In return, the grateful old-timer gets him a job at the Lazy B ranch. They quickly discover that the foreman, Tex Walters, is in cahoots with Pa Bailey, a cattle rustler. But, unknown to all, Fred is the last living descendent of Don Diego, the legendary adventurer known as Zorro. He dons the famous black mask, hat, and cape of his ancestor to smash the rustlers once and for all...

This extremely rare film was shot in April 1939 by producer C.C. Burr for the Spectrum Pictures Corporation as Ridin' the Trail. Spectrum went bankrupt before it could be released, therefore it was only distributed overseas. Foreign exhibitors played up the masked hero's moustache, black outfit, and affected Spanish accent by calling him the grandson of another famous movie character. Thus, overseas titles included El Zorro negro (The Black Zorro) and Il trionfo di Zorro (The Triumph of Zorro). Singing cowboy Fred Scott had previously made 12 pictures for Spectrum. He was almost always paired with silent funnyman Al "Fuzzy" St. John as his comic relief sidekick, though in this film that role is taken by Harry Harvey. After Spectrum's dissolution, Scott retired from acting, finding success selling Hollywood real estate.


Scott was one of the better singing cowboys, but only worked for a bottom-of-the-barrel studio. Here he plays a masked chracter that has nothing to do with Zorro (or Don Diego), but it's still fun.
Unortunately, it's the same movie Oldies already released under it's original title Ridin' the Trail!, so it's not a 'long-lost adventure' at all.