A revenge-crazed killer holds a small town hostage after the accidental death of his son./Three men, gripped by the California Gold Rush, go mad when they become lost in the treacherous hills of the High Sierras. 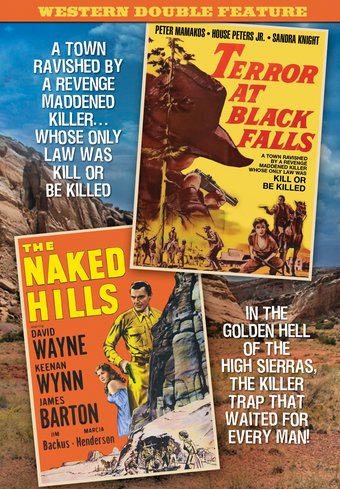 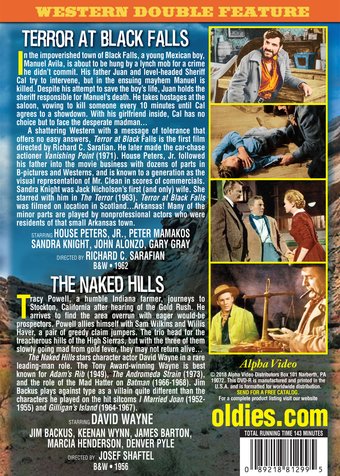 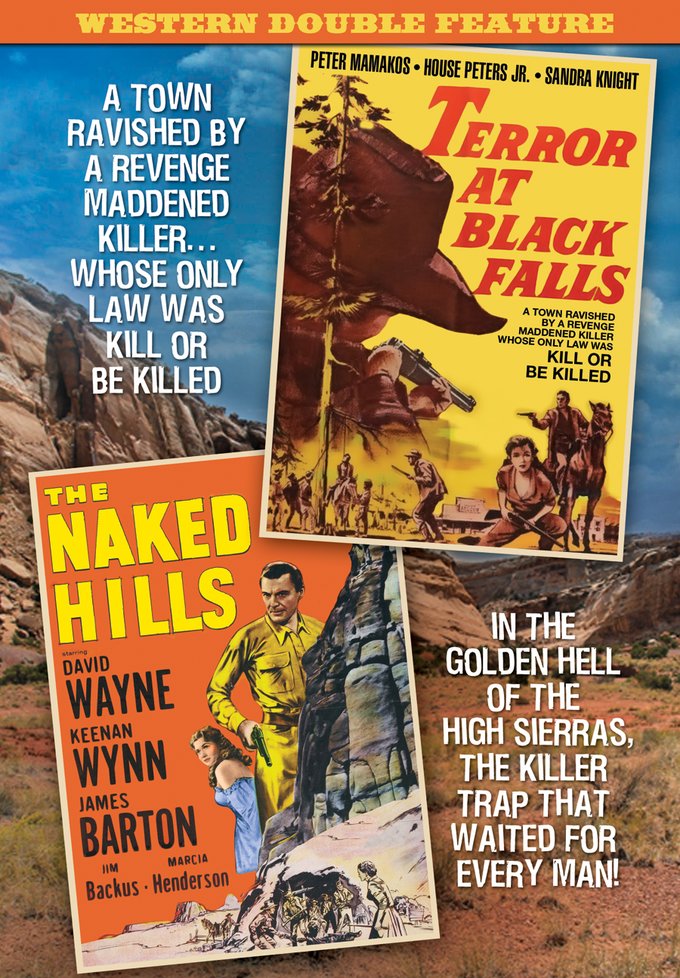 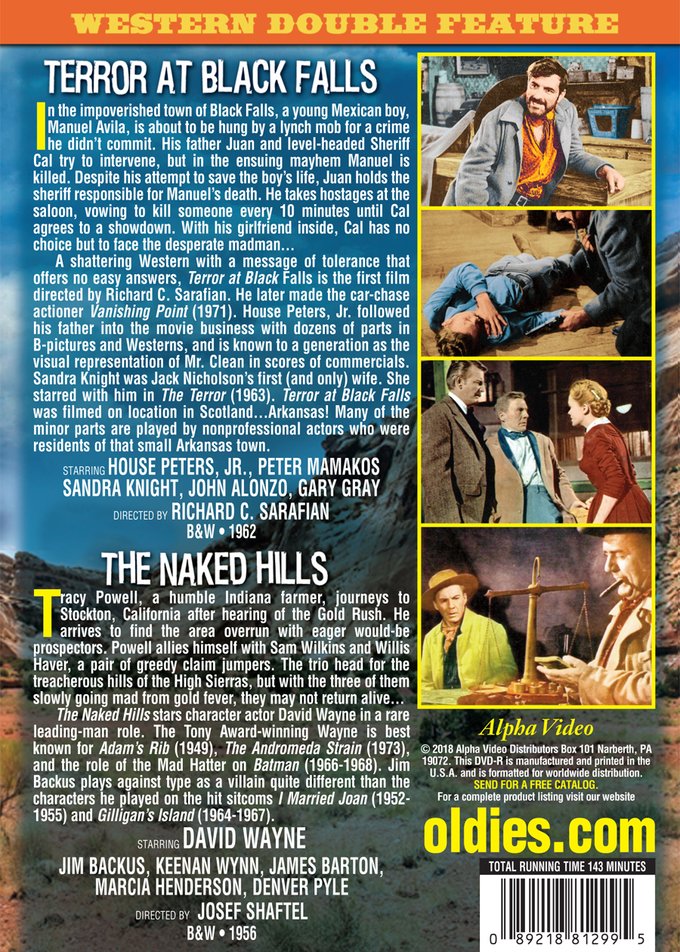 TERROR AT BLACK FALLS (1962): In the impoverished town of Black Falls, a young Mexican boy, Manuel Avila, is about to be hung by a lynch mob for a crime he didn't commit. His father Juan and level-headed Sheriff Cal try to intervene, but in the ensuing mayhem Manuel is killed. Despite his attempt to save the boy's life, Juan holds the sheriff responsible for Manuel's death. He takes hostages at the saloon, vowing to kill someone every 10 minutes until Cal agrees to a showdown. With his girlfriend inside, Cal has no choice but to face the desperate madman...

A shattering Western with a message of tolerance that offers no easy answers, Terror at Black Falls is the first film directed by Richard C. Sarafian. He later made the car-chase actioner Vanishing Point (1971). House Peters, Jr. followed his father into the movie business with dozens of parts in B-pictures and Westerns, and is known to a generation as the visual representation of Mr. Clean in scores of commercials. Sandra Knight was Jack Nicholson's first (and only) wife. She starred with him in The Terror (1963). Terror at Black Falls was filmed on location in Scotland...Arkansas! Many of the minor parts are played by nonprofessional actors who were residents of that small Arkansas town.

THE NAKED HILLS (1956):Tracy Powell, a humble Indiana farmer, journeys to Stockton, California after hearing of the Gold Rush. He arrives to find the area overrun with eager would-be prospectors. Powell allies himself with Sam Wilkins and Willis Haver, a pair of greedy claim jumpers. The trio head for the treacherous hills of the High Sierras, but with the three of them slowly going mad from gold fever, they may not return alive...

The Naked Hills stars character actor David Wayne in a rare leading-man role. The Tony Award-winning Wayne is best known for Adam's Rib (1949), The Andromeda Strain (1973), and the role of the Mad Hatter on Batman (1966-1968). Jim Backus plays against type as a villain quite different than the characters he played on the hit sitcoms I Married Joan (1952-1955) and Gilligan's Island (1964-1967).