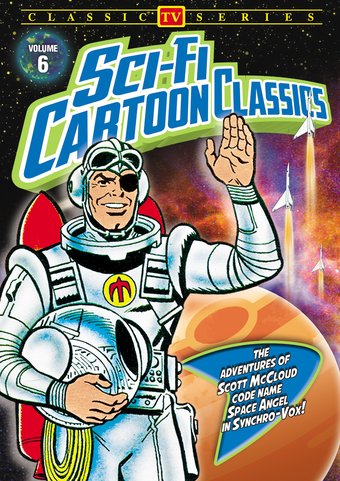 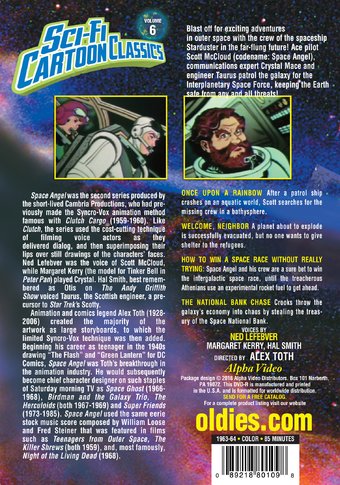 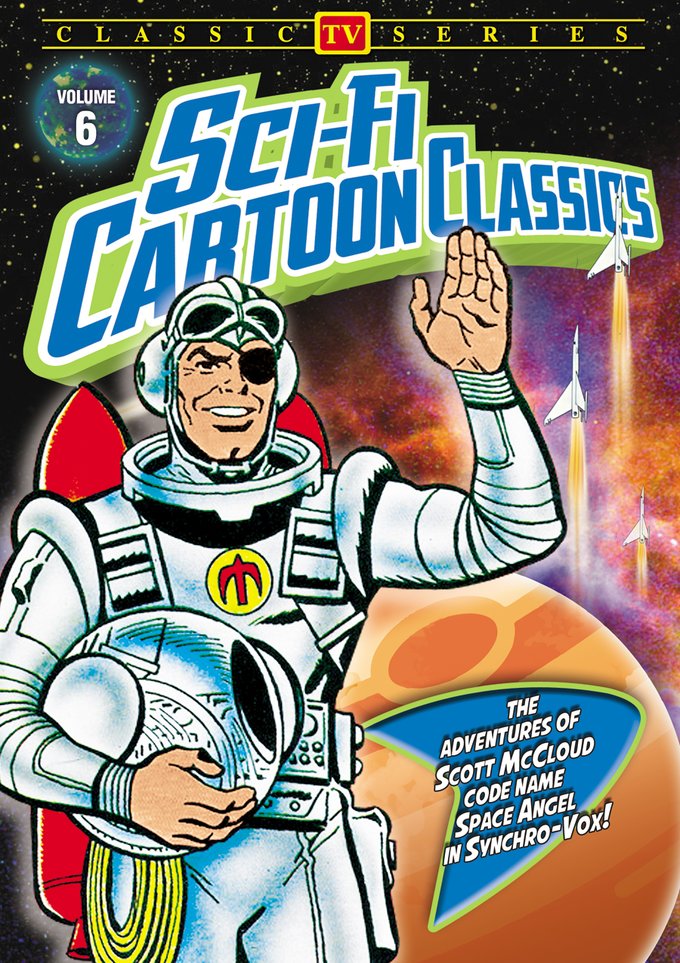 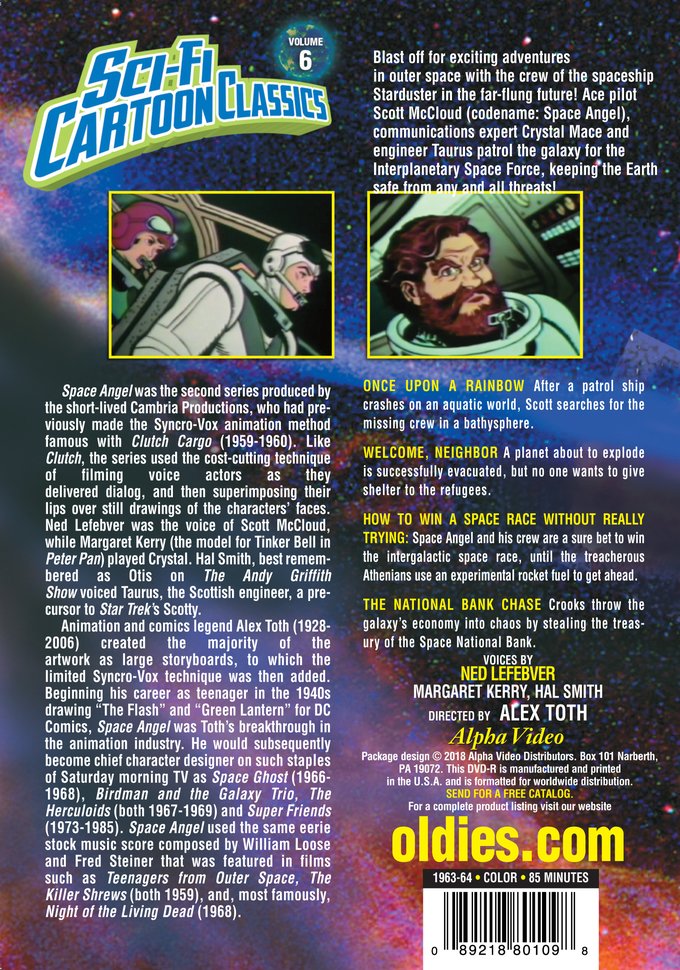 Space Angel was the second series produced by the short-lived Cambria Productions, who had previously made the Syncro-Vox animation method famous with Clutch Cargo (1959-1960). Like Clutch, the series used the cost-cutting technique of filming voice actors as they delivered dialog, and then superimposing their lips over still drawings of the characters’ faces. Ned Lefebver was the voice of Scott McCloud, while Margaret Kerry (the model for Tinker Bell in Peter Pan) played Crystal. Hal Smith, best remembered as Otis on The Andy Griffith Show, voiced Taurus, the Scottish engineer, a precursor to Star Trek’s Scotty.

Animation and comics legend Alex Toth (1928-2006) created the majority of the artwork as large storyboards, to which the limited Syncro-Vox technique was then added. Beginning his career as teenager in the 1940s drawing “The Flash” and “Green Lantern” for DC Comics, Space Angel was Toth’s breakthrough in the animation industry. He would subsequently become chief character designer on such staples of Saturday morning TV as Space Ghost (1966-1968), Birdman and the Galaxy Trio, The Herculoids (both 1967-1969) and Super Friends (1973-1985). His influence is still seen today in series like Batman: The Animated Series and The Venture Brothers. Space Angel used the same eerie stock music score composed by William Loose and Fred Steiner that was featured in films such as Teenagers from Outer Space, The Killer Shrews (both 1959), and, most famously, Night of the Living Dead (1968).

ONCE UPON A RAINBOW: After a patrol ship crashes on an aquatic world, Scott searches for the missing crew in a bathysphere.

WELCOME, NEIGHBOR: A planet about to explode is successfully evacuated, but no one wants to give shelter to the refugees.

HOW TO WIN A SPACE RACE WITHOUT REALLY TRYING: Space Angel and his crew are a sure bet to win the intergalactic space race, until the treacherous Athenians use an experimental rocket fuel to get ahead.

THE NATIONAL BANK CHASE: Crooks throw the galaxy’s economy into chaos by stealing the treasury of the Space National Bank.

Cartoons
This product is made-on-demand by the manufacturer using DVD-R recordable media. Almost all DVD players can play DVD-Rs (except for some older models made before 2000) - please consult your owner's manual for formats compatible with your player. These DVD-Rs may not play on all computers or DVD player/recorders. To address this, the manufacturer recommends viewing this product on a DVD player that does not have recording capability.