Four tales of American ingenuity and perseverance from the long-running TV anthology "Cavalcade of America". 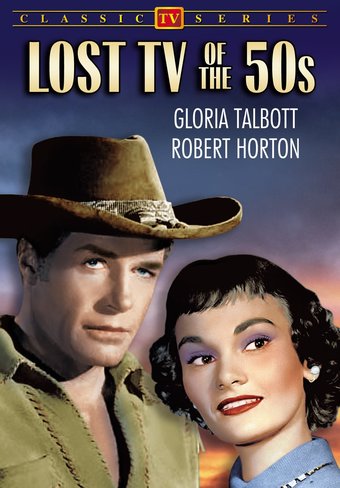 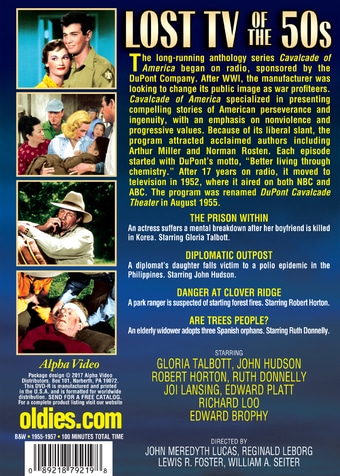 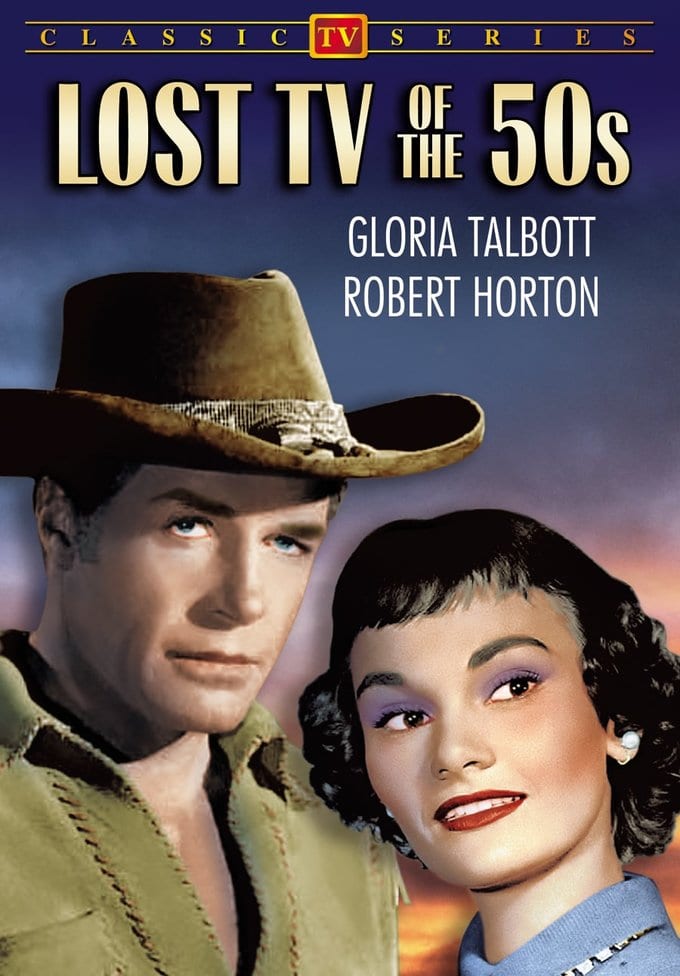 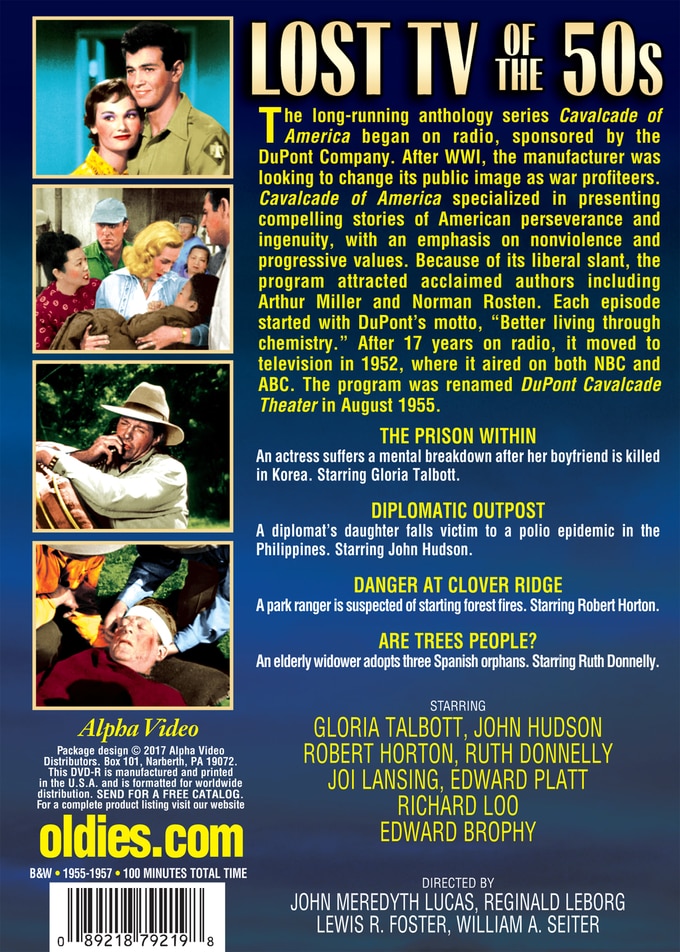 The long-running anthology series Cavalcade of America began on radio, sponsored by the DuPont Company. After WWI, the manufacturer was looking to change its public image as war profiteers. Cavalcade of America specialized in presenting compelling stories of American perseverance and ingenuity, with an emphasis on nonviolence and progressive values. Because of its liberal slant, the program attracted acclaimed authors including Arthur Miller and Norman Rosten. Each episode started with DuPont's motto, "Better living through chemistry." After 17 years on radio, it moved to television in 1952, where it aired on both NBC and ABC. The program was renamed DuPont Cavalcade Theater in August 1955.

THE PRISON WITHIN: An actress suffers a mental breakdown after her boyfriend is killed in Korea. Starring Gloria Talbott.