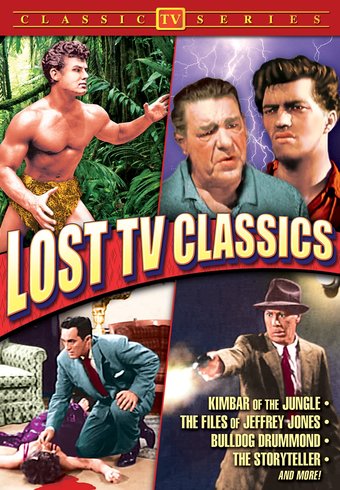 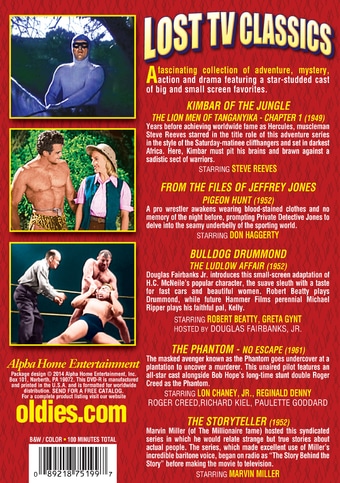 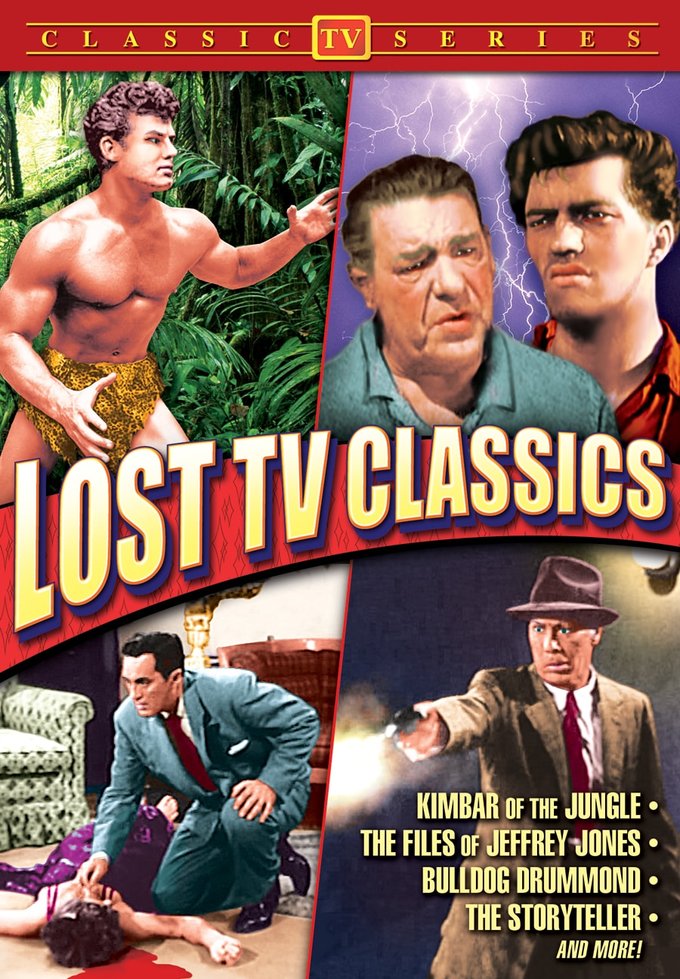 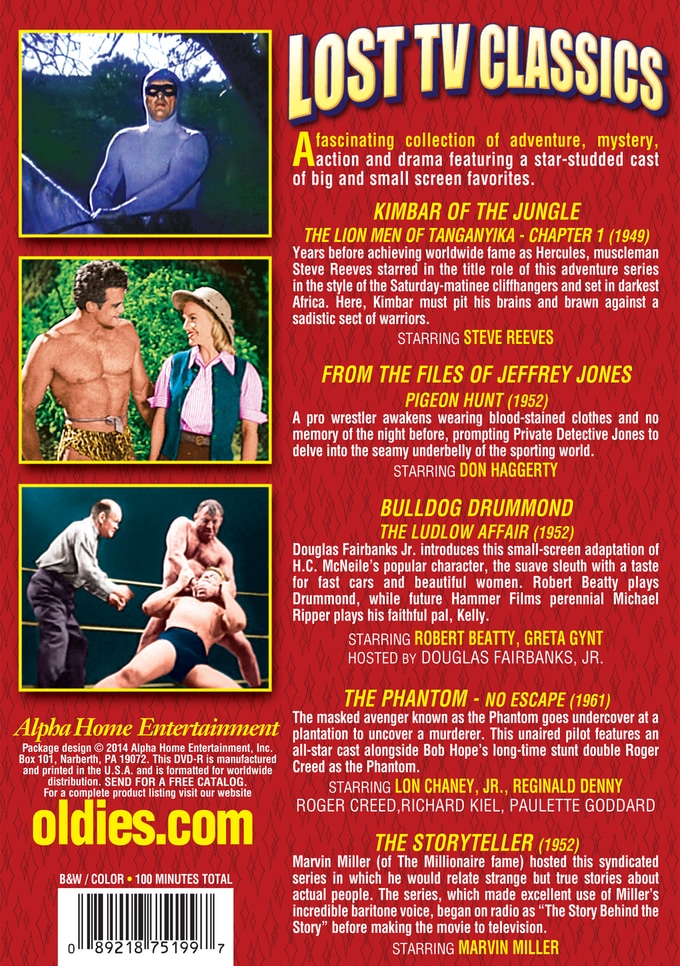 A fascinating collection of adventure, mystery, action and drama featuring a star-studded cast of big and small screen favorites.

Kimbar Of The Jungle (1949): The Lion Men Of Tanganyika - Chapter 1: Years before achieving worldwide fame as Hercules, muscleman Steve Reeves starred in the title role of this adventure series in the style of the Saturday-matinee cliffhangers and set in darkest Africa. Here, Kimbar must pit his brains and brawn against a sadistic sect of warriors. Starring Steve Reeves.

From The Files Of Jeffrey Jones - Pigeon Hunt (1952): A pro wrestler awakens wearing blood-stained clothes and no memory of the night before, prompting Private Detective Jones to delve into the seamy underbelly of the sporting world. Starring Don Haggerty

The Phantom -- No Escape (1961): The masked avenger known as the Phantom goes undercover at a plantation to uncover a murderer. This unaired pilot features an all-star cast alongside Bob Hope's long-time stunt double Roger Creed as the Phantom.

The Storyteller (1952): Marvin Miller (of The Millionaire fame) hosted this syndicated series in which he would relate strange but true stories about actual people. The series, which made excellent use of Miller's incredible baritone voice, began on radio as "The Story Behind the Story" before making the move to television.


I got my order a week later. The dvd and its
contents were in very good condition. I
enjoyed the old tv shows very much. I
am very satisfied with Oldies.com. Thank you.