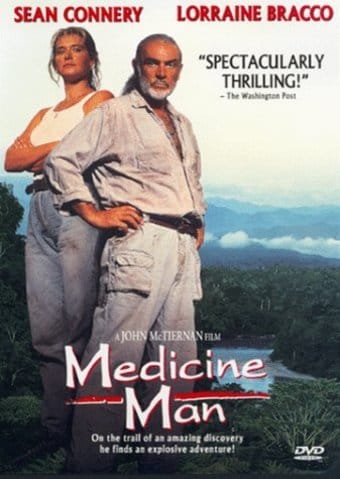 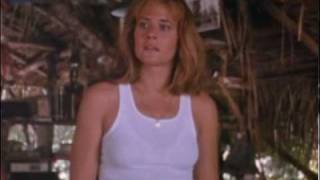 Removing himself from modern society, Dr Robert Campbell (Sean Connery), has become a Medicine Man to the people of the Amazonian village which he inhabits. By a freak mishap, Campbell has deduced that the cure for cancer can be derived from a chemical found in a Brazilian flower.

Fellow scientist/beauty Dr. Rae Crane tracks down the elusive Campbell in an effort to monitor his progress. The two doctors, although physical attracted to one another butt heads when a villager becomes sick, and Campbell wishes to use only remaining bit of cancer curing serum to save the native's life. In addition to battling each other, the doctors must contend with a group of loggers who pose a danger to the village.

Shot in Mexico and Brazil, Director John McTiernan returns to the jungles he burned in his 1987 blockbuster, PREDATOR, and delivers a scenic psychic thriller. Gone is the gore from McTiernan's previous films. Instead he has choses a more humanistic topic, conservation, plus, the sparks between actors Connery and Bracco are more incendiary than any machine gun.

Last of the Dogmen [Import]
$8 Super Savings
Add to Cart