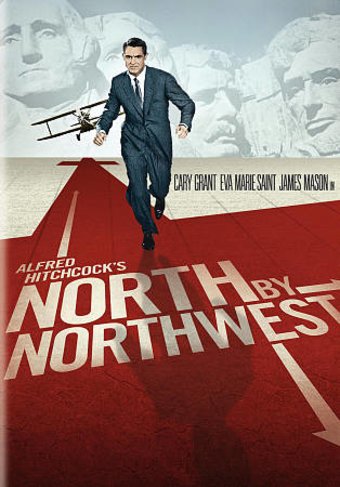 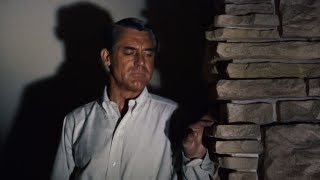 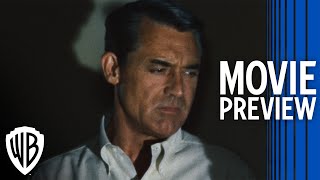 NORTH BY NORTHWEST is a suspense thriller that finds Cary Grant in the role of Roger Thornhill, a Manhattan advertising executive mistaken for a spy. Considered by many to be the prototypical pure action movie (creating the template for later James Bond and Indiana Jones films), the film is a cross-country roller-coaster ride with Alfred Hitchcock at the helm. The film is duly famous for several classic and indelible scenes, including the desert biplane encounter and the Mt. Rushmore climax. The original title was THE MAN IN LINCOLN'S NOSE, which was replaced by a reference to a line from William Shakespeare's HAMLET (in which Hamlet says, "I am but mad north-north-west."). The magical combination of Hitchcock and the debonair Grant--who made four wonderful films together--makes NORTH BY NORTHWEST a suspense-filled standout.

When Thornhill finds himself in the wrong place at the wrong time, the world as he knows it comes to an end. Suddenly danger threatens as the hapless businessman is targeted as an American intelligence agent and set up as a killer. All of Thornhill's attempts to straighten things out only make matters worse--and soon the desperate man is on the run from murderous foreign operatives, the CIA, and the police. The supporting cast, including Eva Marie Saint, James Mason, and Martin Landau, is uniformly excellent.