Around the World in 80 Days PG

347K ratings
Out of Print: Future availability is unknown
Notify Me When Available
Add to Wishlist
Format:  DVD
item number:  AVHJ
Also released as:
Around the World in 80 Days for $3.98
Our customers love us! 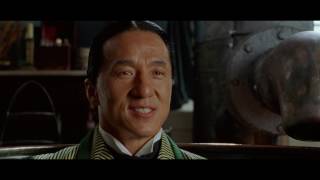 Around the World in 80 Days - Trailer 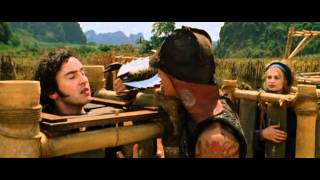 Around The World In 80 Days (Trailer)

In this raucous Disney adaptation of Jules Verne's classic adventure novel AROUND THE WORLD IN 80 DAYS, Steve Coogan plays Phileas Fogg, a quirky inventor at the turn of the 20th century. After suffering rejection by England's Royal Academy of Science, Fogg strives to prove his scientific worth by accepting a challenge to circumnavigate the globe in a mere 80 days. Fogg, his cohort Passepartout (Jackie Chan), and his new love Monique (Cecile de France), find trouble and excitement as they make their way from Turkey to Morocco to the United States, and ultimately Fogg discovers that scientific validation is not all he needs for a successful life.

Jackie Chan shines in his role as Passepartout, who masquerades as Fogg's valet in an attempt to escape authorities after he robs the Bank of England. As he evades his enemies and keeps Fogg in the dark about his true background, Chan provides stellar comedic action and performs daring stunts. Celebrity cameos punctuate the film, with Arnold Schwarzenegger playing a polygamous Turkish ruler (filmed before the start of his campaign for California governor) and Owen and Luke Wilson playing the hilariously squabbling Wright Brothers. In addition to the lavish sets and nonstop action, this version of the classic remains true to the idea that one should hold on to dreams, no matter how improbable or outlandish.

Around The World In 80 Days
Get ready for phenomenal fun, spectacular adventures, and nonstop action as hilarious megastar Jackie Chan (SHANGHAI NOON, SHANGHAI KNIGHTS) dares to do what no one has done before ' beat the clock in a race around the world. Traveling the globe by land, sea, air, and even in-line skates, Chan and his buddies are greeted with impossible obstacles at every planned and unplanned stop along the way, making their fantastically speedy voyage more frantic and heart-pounding than ever! Filled with amazing stunts, humor, and the importance of friendship and following your dreams, AROUND THE WORLD IN 80 DAYS is one trip the whole family will enjoy taking together.

16%off
The Sorcerer's Apprentice (DVD)
$8.40 Super Savings
Add to Cart