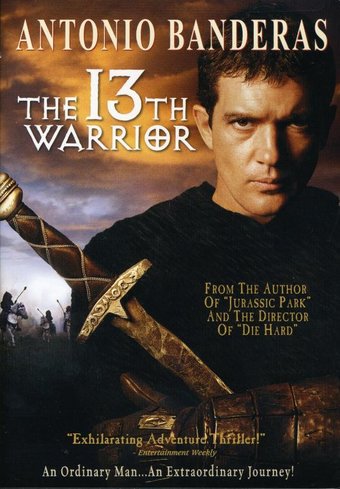 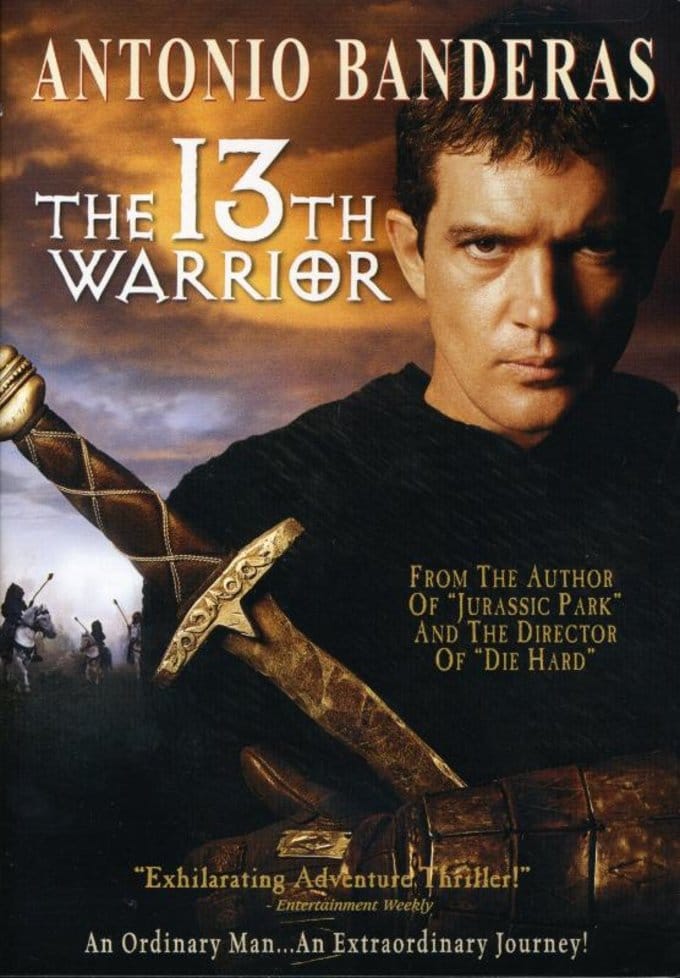 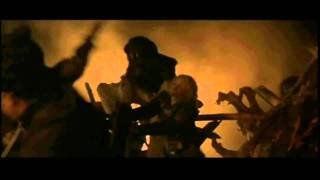 Director John McTiernan takes viewers back to 900 A.D. in THE 13th WARRIOR. After courting "an untouchable" Muslim princess, Ahmed (Antonio Banderas) is banished and sent North as an emissary. When traveling from Baghdad to Saqaliba, he stumbles into an encampment of Vikings. At first repulsed by their Nordic ways, Ahmed soon grows fond of the Northerners and joins their party.

When news is brought that a horde of flesh eating monsters are ravaging the land, the mystic Oracle ordains that a group of 13 must travel to fight their evil doings. Twelve Nordes rom the party are chosen, Ahmed, a Muslim, is picked as the thirteenth. Knowing that defeat is eminent, the 13 warriors must undergo indeterminable odds to battle and rid the land of the horrific flesh eaters.

The 13th Warrior is an epic tour de force created by two of Hollywood's most ingenious: Michael Crichton (JURASSIC PARK, LOOKER) and John McTiernan (PREDATOR, THE LAST ACTION HERO). Its sheer epicness and style make it an astonishing spectacle. Never before has such detail and large scale beauty been present in a Viking film.

The 13th Warrior
Antonio Banderas (THE MASK OF ZORRO) brings huge star power to an immensely thrilling action-adventure from the hit-making director of DIE HARD and THE THOMAS CROWN AFFAIR! An exiled ambassador far from his homeland, Ahmed (Banderas) comes across a fierce band of warriors who are being attacked by ferocious creatures legendary for devouring all living things in their path! And when an old fortune-teller warns the combatants that they are doomed to failure without a 13th warrior, Ahmed is given no choice but to join their battle and help conquer the mysterious enemy! Suspenseful and endlessly exciting, this exhilarating hit is sure to thrill anyone who enjoys action on an epic scale!