The Dark Side of Nature 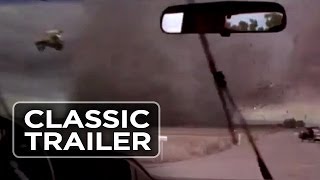 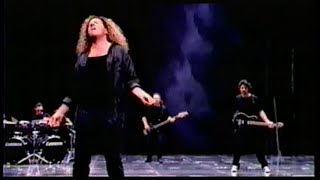 In this action-packed disaster film set in America's heartland, an ex-husband-and-wife team of storm chasers rushes to be the first to study the dynamics of tornados with some fascinating new technology. Though Helen Hunt (AS GOOD AS IT GETS) and Bill Paxton (APOLLO 13) star--along with a pre-fame Philip Seymour Hoffman--the uncredited lead roles are the tornados, created with eye-dazzling computer-generated effects. SPEED director Jan de Bont takes the helm for this massive box office hit, while bestselling author Michael Crichton contributed the fast-moving story. TWISTER earned Academy-Award nominations for its achievements in sound and visual effects.

This special effects-laden blockbuster chronicles one day in the life of a band of gung-ho "storm chasers," who track and follow twisters and tornadoes. The group, led by the gutsy Jo and her macho, soon-to-be-ex Bill, have invented "Dorothy," a tank containing sensors that can provide much-needed info about these mysterious, severe weather conditions.
But in order for Dorothy to work, she first must be swallowed by a twister. So Jo, Bill, and the gang put their lives on the line innumerable times, as getting close to the storm means dodging everything from windswept cattle to flying oil tankers.
For Jo and Bill in particular, making meteorological history means having firsthand experience of the inside of a twister...