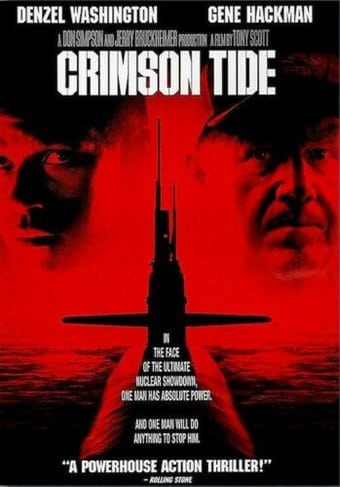 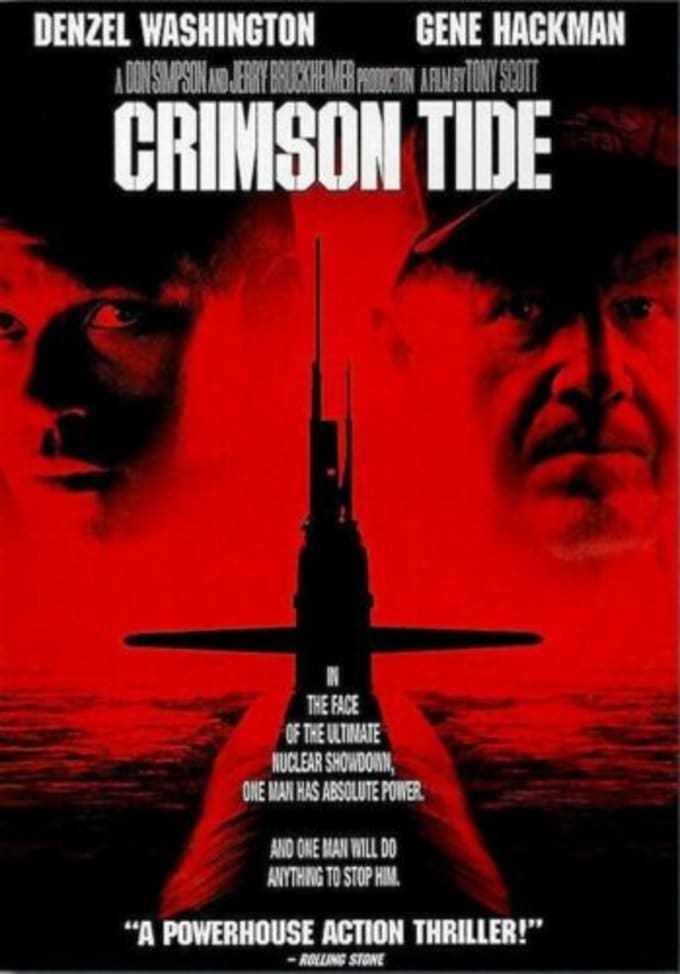 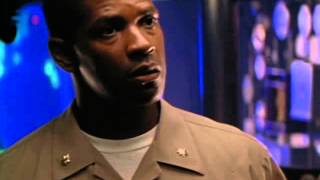 When Russian rebels gain control of nuclear weapons in the USSR, the United States retaliates by deploying the USS Alabama, a nuclear submarine commanded by Captain Frank Ramsey (Gene Hackman). Veteran soldier and Naval legend Ramsey selects Lt. Commander Ron Hunter (Denzel Washington)--a Harvard graduate who prefers using brains over weapons--as his Executive Officer. While submerged, the Alabama is attacked by a Russian sub and loses radio contact just as an order is being transmitted from headquarters. Old Navy dog Ramsey firmly believes that the interrupted transmission ends with an order to fire their nuclear missiles at the Russian rebels. Hunter, desperate to avoid starting World War III, is determined to re-establish radio contact and act only after complete orders are received. Without the second-in-command's agreement, the missiles cannot be launched, and soon Ramsey and Hunter are engaged in a tense battle of wills, forcing the crew to choose sides. In the tradition of TOP GUN and TRUE ROMANCE, director Tony Scott keeps the tension running high in this fast-paced military thriller. Hackman scores as the tradition-bound Ramsey, and Washington is superb as the thoughtful young officer who feels compelled to take a stand against his superior.

Crimson Tide
Dynamic Denzel Washington (TRAINING DAY) joins Hollywood favorite Gene Hackman (ENEMY OF THE STATE) along with Viggo Mortensen (THE LORD OF THE RINGS trilogy) and James Gandolfini (TV's THE SOPRANOS) in this intense action thriller that's a smash hit with audiences and critics alike! In the midst of a global crisis, the USS Alabama receives an unconfirmed order to launch its nuclear missiles -- signaling the start of Word War III! The tension quickly rises as the sub's respected commander (Hackman) and his brilliant executive officer (Washington) clash over the validity of their orders ... battling each other for control of the sub! As this epic struggle rages under the sea, CRIMSON TIDE brings motion picture excitement to a new level -- and you to the edge of your seat!

The nuclear submarine Alabama, on a mission near Russian waters, gets an incomplete order that may or may not be the signal to launch nuclear weapons. Captain Ramsey (Gene Hackman) wants to launch missiles, but must have the agreement of his second-in-command, Hunter (Denzel Washington). A tense battle of wills ensue, as the crew must choose sides in this tense military thriller.

16%off
The Bedford Incident
$12.60 Super Savings
Add to Cart