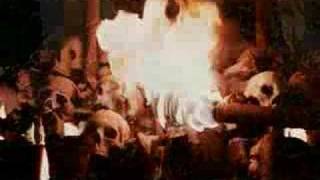 A lavish action-adventure of swashbuckling romance and mystery based on the popular comic-strip superhero created by Lee Falk. Kit Walker (Billy Zane), a.k.a. the Phantom, must rescue a rich heiress and (Kristy Swanson) prevent a vicious brotherhood of pirates and a ruthless business mogul from bringing an ancient prophecy of power to pass.

Set in the 1930s, this film adaptation of Lee Falk's comic strip brings to life the purple-suited, jungle-dwelling Phantom. What the Phantom lacks in superpowers and gadgetry, he makes up for in courage and heroism.
Here, The Phantom is pitted against villainous Xander Drax, a expensive-suited criminal mastermind, who is desperately trying to acquire three skulls, each of which is located in a different part of the world. When united, the skulls give their owner magical powers. The Phantom, along with plucky displaced New Yorker Diana Palmer, set out to stop Drax -- leading to hair-raising, death-defying adventures for the brave pair.
But can they thwart the clever Drax before it's too late'