"The Man of a Thousand Faces" stars as a brutal German Commandant in this rare silent classic. Bonus: Lon Chaney, Jr. talks about his famous father on "You Asked For It". 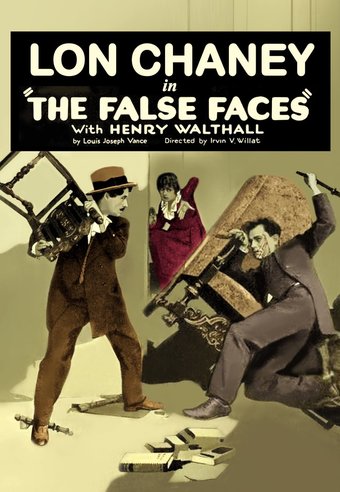 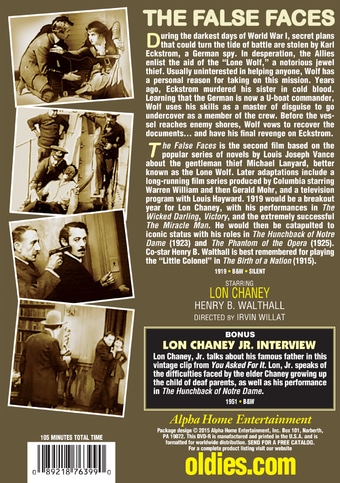 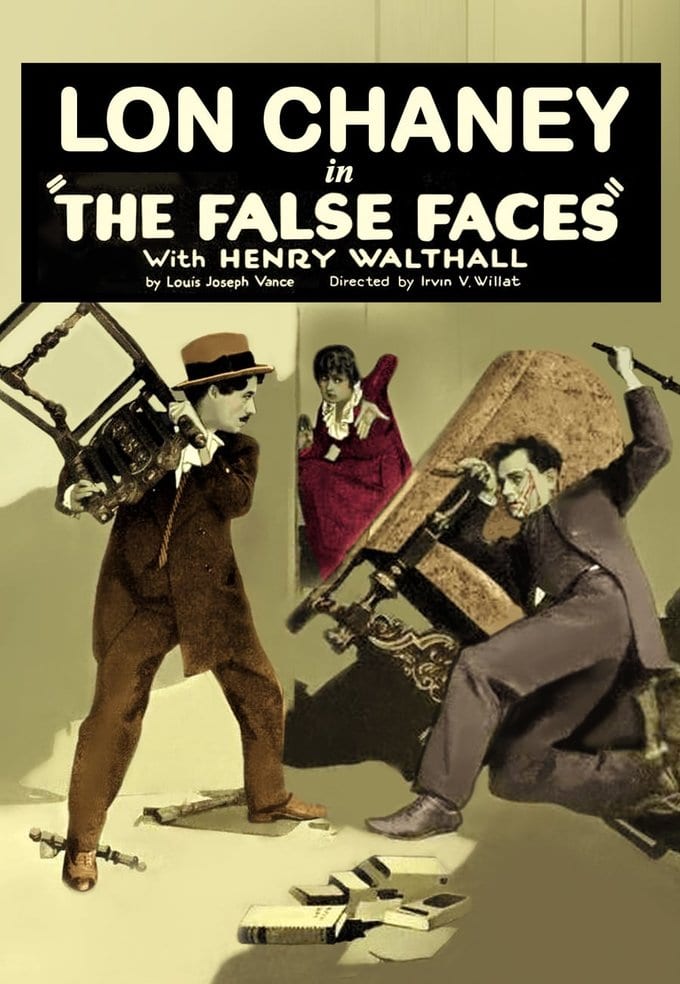 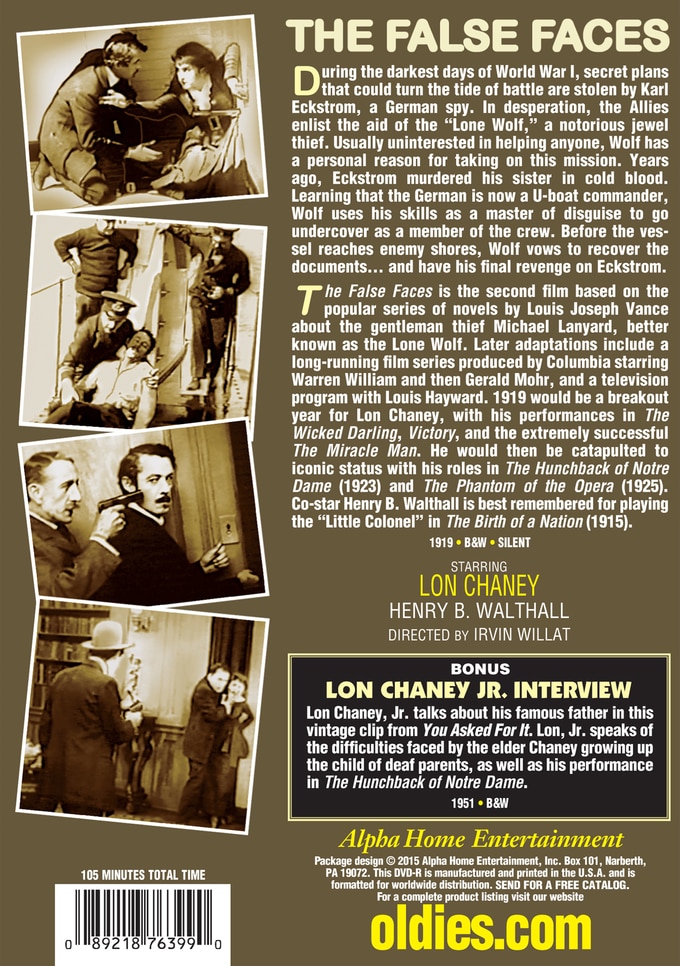 During the darkest days of World War I, secret plans that could turn the tide of battle are stolen by Karl Eckstrom, a German spy. In desperation, the Allies enlist the aid of the "Lone Wolf," a notorious jewel thief. Usually uninterested in helping anyone, Wolf has a personal reason for taking on this mission. Years ago, Eckstrom murdered his sister in cold blood. Learning that the German is now a U-boat commander, Wolf uses his skills as a master of disguise to go undercover as a member of the crew. Before the vessel reaches enemy shores, Wolf vows to recover the documents...and have his final revenge on Eckstrom.

The False Faces is the second film based on the popular series of novels by Louis Joseph Vance about the gentleman thief Michael Lanyard, better known as the Lone Wolf. Later adaptations include a long-running film series produced by Columbia starring Warren William and then Gerald Mohr, and a television program with Louis Hayward. 1919 would be a breakout year for Lon Chaney, with his performances in The Wicked Darling, Victory, and the extremely successful The Miracle Man. He would then be catapulted to iconic status with his roles in The Hunchback of Notre Dame (1923) and The Phantom of the Opera (1925). Co-star Henry B. Walthall is best remembered for playing the "Little Colonel" in The Birth of a Nation (1915).

BONUS: LON CHANEY JR. INTERVIEW (BW, 1951): Lon Chaney, Jr. talks about his famous father in this vintage clip from the classic television program. Lon, Jr. speaks of the difficulties faced by the elder Chaney growing up the child of deaf parents, as well as his performance in The Hunchback of Notre Dame.

Adventure | Spies | Silent | Switching Roles | Vintage | World War I
This product is made-on-demand by the manufacturer using DVD-R recordable media. Almost all DVD players can play DVD-Rs (except for some older models made before 2000) - please consult your owner's manual for formats compatible with your player. These DVD-Rs may not play on all computers or DVD player/recorders. To address this, the manufacturer recommends viewing this product on a DVD player that does not have recording capability.

A Florida Enchantment
$10
Add to Cart