The Perils of Pauline (Feature Version)

The original damsel in distress, evades pirates, Indians and mobsters in this feature version of the classic serial. 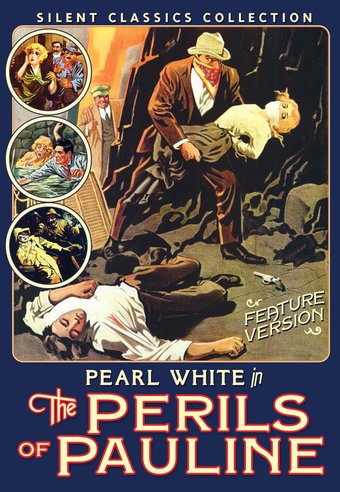 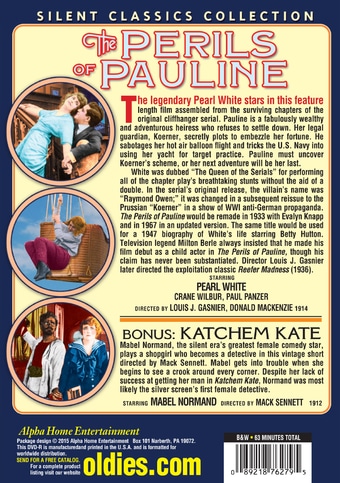 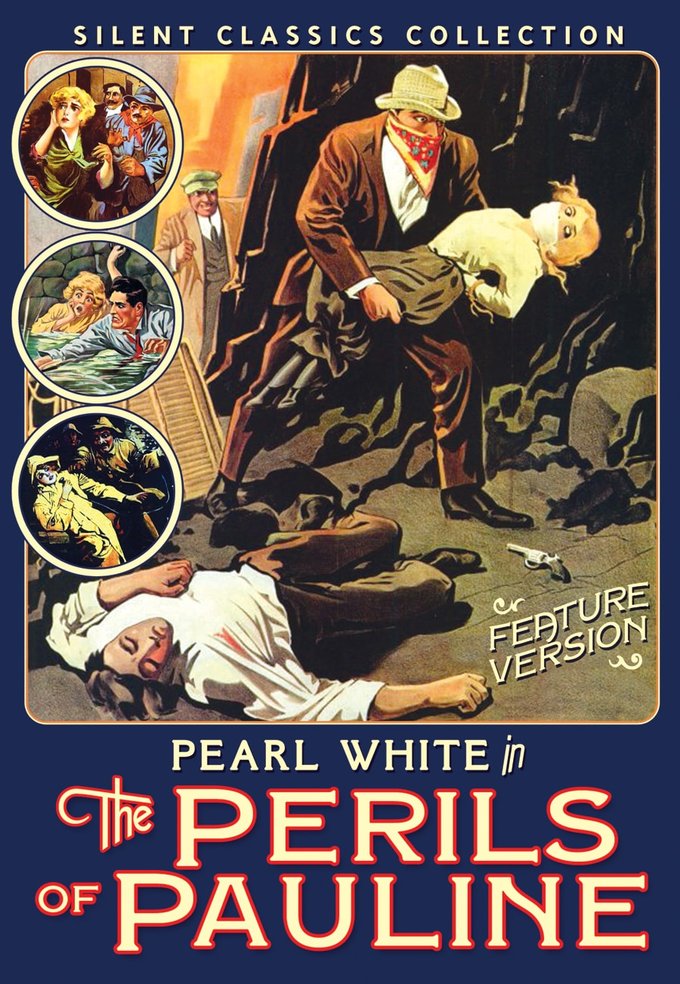 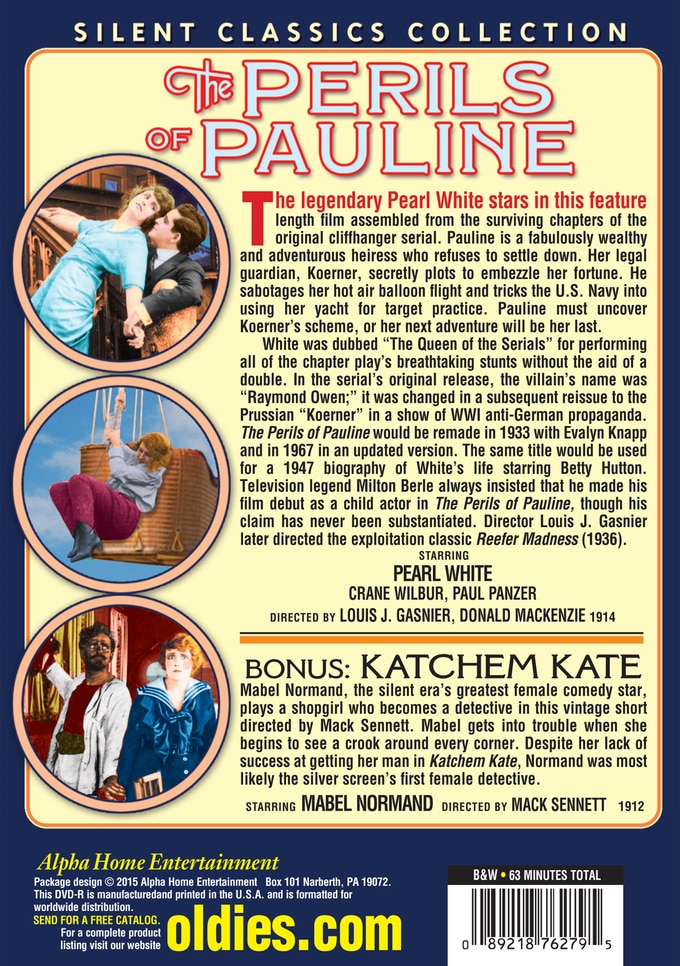 The legendary Pearl White stars in this feature-length film assembled from the surviving chapters of the original cliffhanger serial. Pauline is a fabulously wealthy and adventurous heiress who refuses to settle down. Her legal guardian, Koerner, secretly plots to embezzle her fortune. He sabotages her hot air balloon flight and tricks the U.S. Navy into using her yacht for target practice. Pauline must uncover Koerner's scheme, or her next adventure will be her last. White was dubbed "The Queen of the Serials" for performing all of the chapter play's breathtaking stunts without the aid of a double. In the serial's original release, the villain's name was "Raymond Owen"; it was changed in a subsequent reissue to the Prussian "Koerner" in a show of WWI anti-German propaganda. The Perils of Pauline would be remade in 1933 with Evalyn Knapp and in 1967 in an updated version. The same title would be used for a 1947 biography of White's life starring Betty Hutton. Television legend Milton Berle always insisted that he made his film debut as a child actor in The Perils of Pauline, though his claim has never been substantiated. Director Louis J. Gasnier later directed the exploitation classic Reefer Madness (1936).

BONUS: Katchem Kate (BW, 1912): Mabel Normand, the silent era's greatest female comedy star, plays a shopgirl who becomes a detective in this vintage short directed by Mack Sennett. Mabel gets into trouble when she begins to see a crook around every corner. Despite her lack of success at getting her man in Katchem Kate, Normand was most likely the silver screen's first female detective.

Adventure | Silent | Thriller | Vintage | Serial
This product is made-on-demand by the manufacturer using DVD-R recordable media. Almost all DVD players can play DVD-Rs (except for some older models made before 2000) - please consult your owner's manual for formats compatible with your player. These DVD-Rs may not play on all computers or DVD player/recorders. To address this, the manufacturer recommends viewing this product on a DVD player that does not have recording capability.

The Perils of Pauline
$10
Add to Cart