Thrillers of the Silent Screen (Silent)

A collection of four action classics from the earliest days of cinema, including surviving episodes of long lost serials. 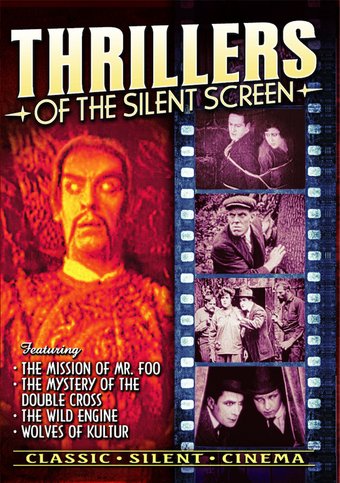 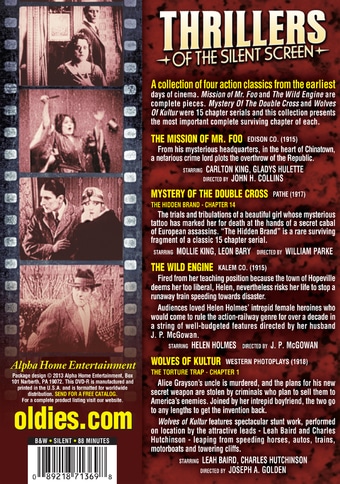 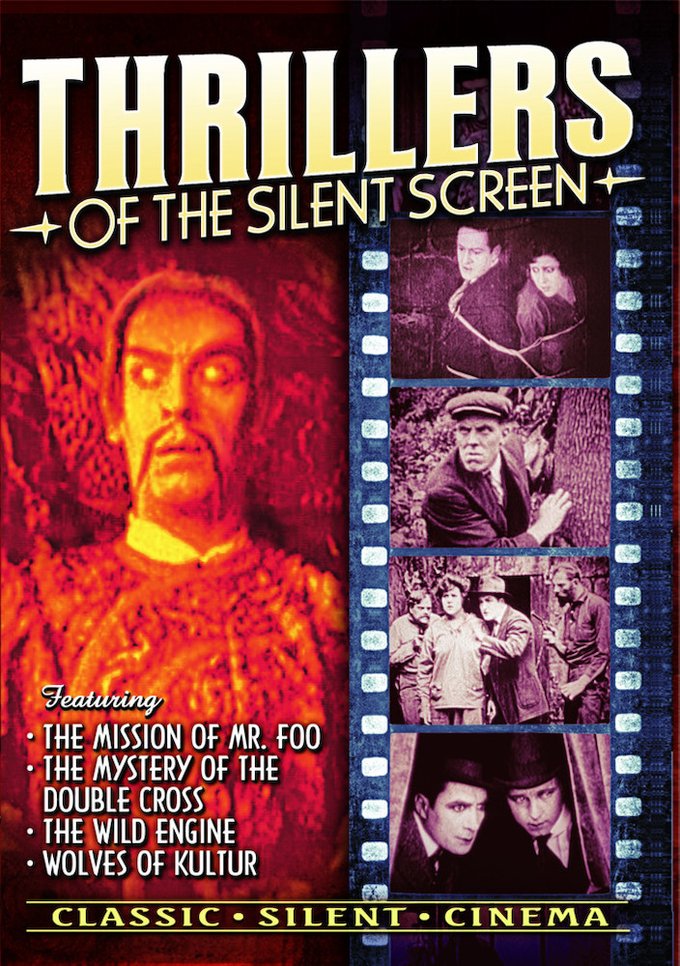 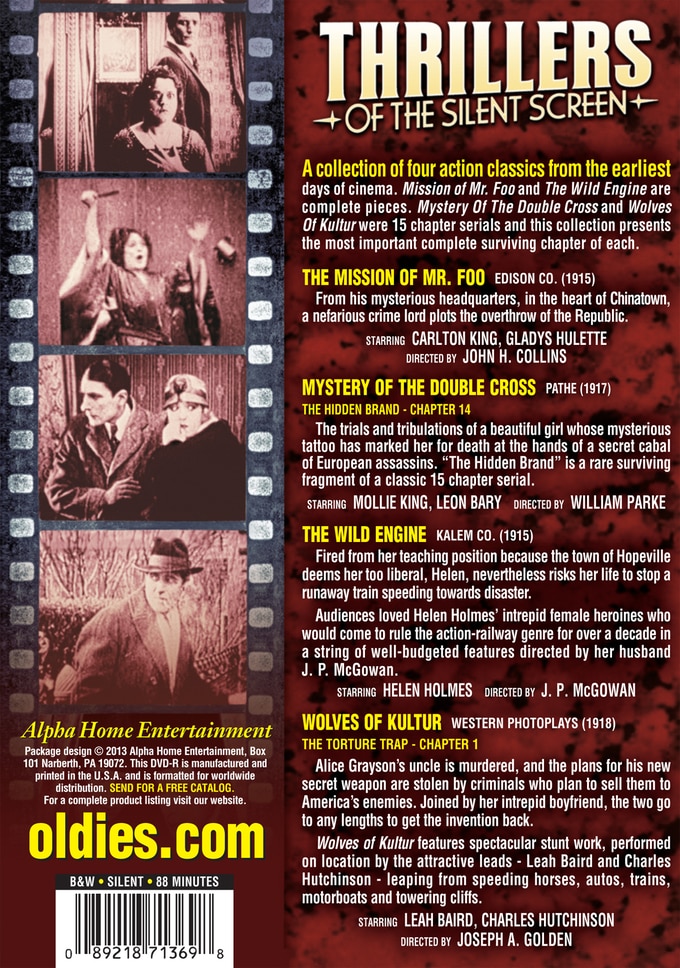 A collection of four action classics from the earliest days of cinema. Mission of Mr. Foo and The Wild Engine are complete pieces. Mystery Of The Double Cross and Wolves Of Kultur were 15 chapter serials and this collection presents the most important complete surviving chapter of each.

THE MISSION OF MR. FOO - Edison Co. (1915): From his mysterious headquarters, in the heart of Chinatown, a nefarious crime lord plots the overthrow of the Republic. Starring Carlton King, Gladys Hulette; directed by John H. Collins.

MYSTERY OF THE DOUBLE CROSS - Pathe (1917): THE HIDDEN BRAND - Chapter 14. The trials and tribulations of a beautiful girl whose mysterious tattoo has marked her for death at the hands of a secret cabal of European assassins. "The Hidden Brand" is a rare surviving fragment of a classic 15 chapter serial. Starring Mollie King, Leon Bary; directed by William Parke.

THE WILD ENGINE - Kalem Co. (1915): Fired from her teaching position because the town of Hopeville deems her too liberal, Helen, nevertheless risks her life to stop a runaway train speeding towards disaster. Audiences loved Helen Holmes' intrepid female heroines who would come to rule the action-railway genre for over a decade in a string of well-budgeted features directed by her husband J. P. McGowan. Starring Helen Holmes; directed by J.P. McGowan.

WOLVES OF KULTUR - Western Photoplays (1918): THE TORTURE TRAP - Chapter 1. Alice Grayson's uncle is murdered, and the plans for his new secret weapon are stolen by criminals who plan to sell them to America's enemies. Joined by her intrepid boyfriend, the two go to any lengths to get the invention back. Wolves of Kultur features spectacular stunt work, performed on location by the attractive leads - Leah Baird and Charles Hutchinson - leaping from speeding horses, autos, trains, motorboats and towering cliffs. Starring Leah Baird, Charles Hutchinson; directed by Joseph A. Golden.