...All the Marbles R

The California Dolls are hot, young and dirty (well, muddy). But although the gorgeous tag-team wrestlers may be wallowing in a down-market mud-wrestling bout right now, they have a dream: the championship match at the MGM Grand in Reno. 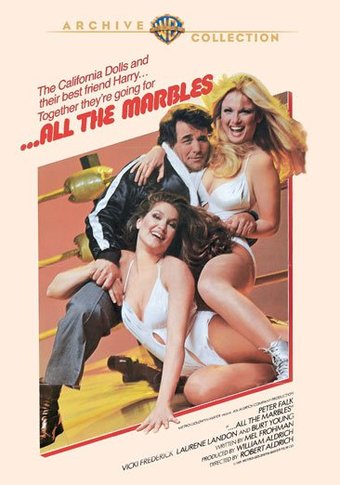 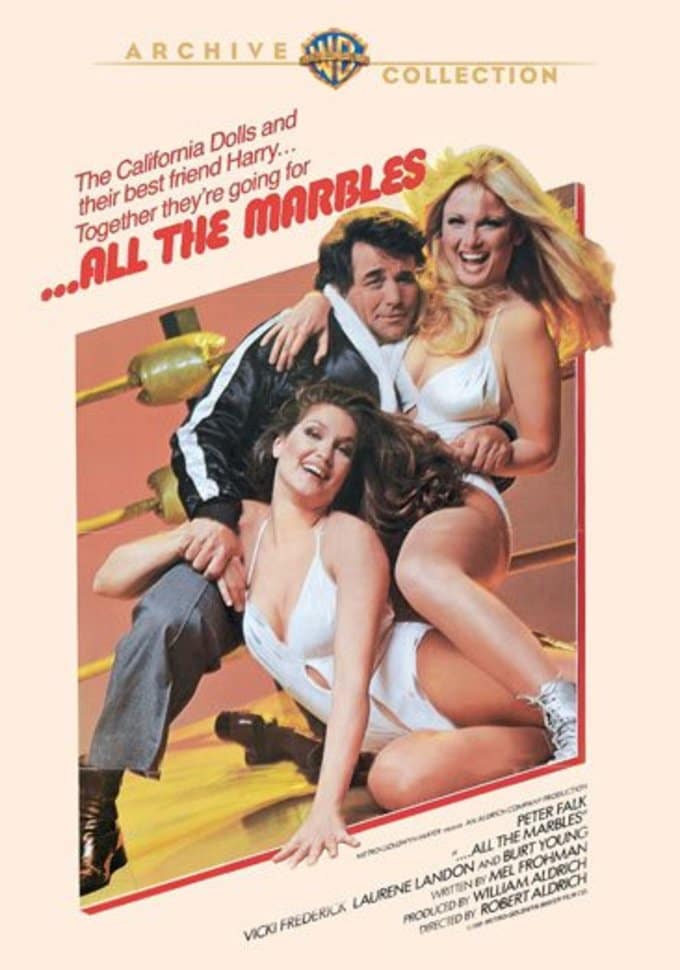 The California Dolls are hot, young and dirty (well, muddy). But although the gorgeous tag-team wrestlers may be wallowing in a down-market mud-wrestling bout right now, they have a dream: the championship match at the MGM Grand in Reno. Director Robert Aldrich's (The Dirty Dozen, What Ever Happened to Baby Jane?) last film is a boisterous, body-slammin' blast. The fun comes from the ladies who aim for glory, one takedown at a time; from Peter Falk as the team's irrepressible manager who battles the odds as ferociously as the girls battle in the ring; and from a grand finale smackdown that will leave you cheering.

In Robert Aldrich's ALL THE MARBLES, Peter Falk stars as Harry, a small-time promoter trying to break into the upper echelon of the wrestling biz. He thinks he's really struck gold when he discovers the sexy female tag-team duo of Iris (Vicki Frederick) and Molly (Laurene Landon), and he and the girls hit the road in search of fame and fortune.

ALL THE MARBLES, produced at a time when female wrestling was popular only with a very limited audience, is a hilarious foray into the world of fringe sports. The performances of London and Frederick allow the film's protagonists to come across as original and sincere heroes, and Falk deploys his trademark deadpan humor while imbuing his portrayal of Harry with an endearingly shabby dignity. ALL THE MARBLES, Aldrich's final film before his death in 1983, is a satire with plenty of engagingly over-the-top wrestling scenes; the color, flair, and pacing of a three-ring circus; and the director's last unsentimental sprinkling of humanity and soul.

Adventure | Racy | Theatrical Release
This product is made-on-demand by the manufacturer using DVD-R recordable media. Almost all DVD players can play DVD-Rs (except for some older models made before 2000) - please consult your owner's manual for formats compatible with your player. These DVD-Rs may not play on all computers or DVD player/recorders. To address this, the manufacturer recommends viewing this product on a DVD player that does not have recording capability.

Customer Rating:
Based on 510 ratings.


i loved this movie the first time i saw it and still like it every time i watch it. Filmed when wrestling was still "real" this gives a look at the lifestyle of an up and coming tag team in women's wrestling. Probably a lot closer to reality than anyone knew. great movie.