What secret lurks 20,000 feet below the waves in the paranormal realm called The Bermuda Triangle? That's the question a scientist, his student and a young man haunted by nightmarish memories of his Bermuda childhood ask themselves. 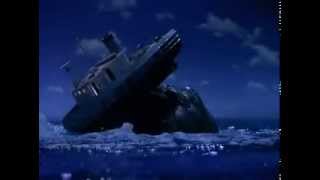 What secret lurks 20,000 feet below the waves in the paranormal realm called The Bermuda Triangle? That's the question a scientist (Burl Ives), his student (Carl Weathers) and a young man (Leigh McCloskey) haunted by nightmarish memories of his Bermuda childhood ask themselves. The answer involves a beauty (Connie Sellecca) who has sold her soul for eternal youth. And a giant sea turtle that leaves death in its wake. Eerie and hypnotic, The Bermuda Depths was produced by Arthur Rankin, Jr and Jules Bass (The Year Without a Santa Claus), who meld their imaginative fantasy style with the live-action horror genre."

Burl Ives, Leigh McCloskey, Carl Weathers and Connie Selleca top the cast of the made-for-TV BERMUDA DEPTHS. The plot gets under way when scientists arrive in the Bermuda Triangle to investigate underwater disturbances. This activity seems to be tied in with reported sightings of the ghost of a drowned girl. Pursuing their investigation, the scientists run afoul of a giant sea turtle. First telecast January 27, 1978, BERMUDA DEPTHS is a rare live-action effort from the Canadian cartoon firm of Rankin-Bass.

Adventure | Fantasy | Ghosts | High Seas | Mutants | Science-Fiction | Scientists
This product is made-on-demand by the manufacturer using DVD-R recordable media. Almost all DVD players can play DVD-Rs (except for some older models made before 2000) - please consult your owner's manual for formats compatible with your player. These DVD-Rs may not play on all computers or DVD player/recorders. To address this, the manufacturer recommends viewing this product on a DVD player that does not have recording capability.