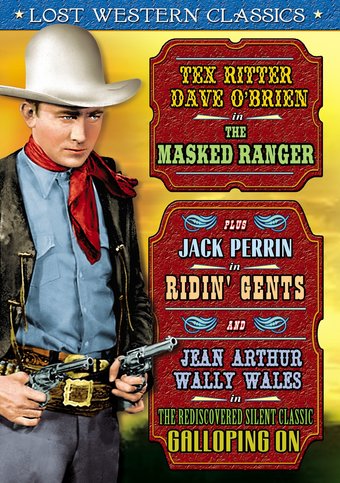 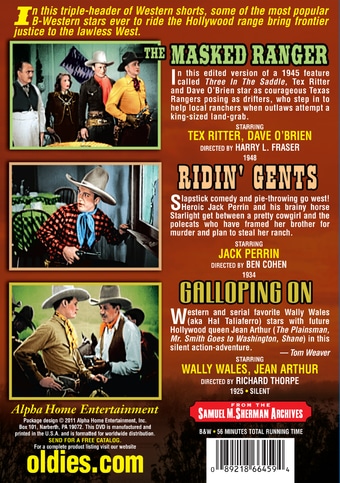 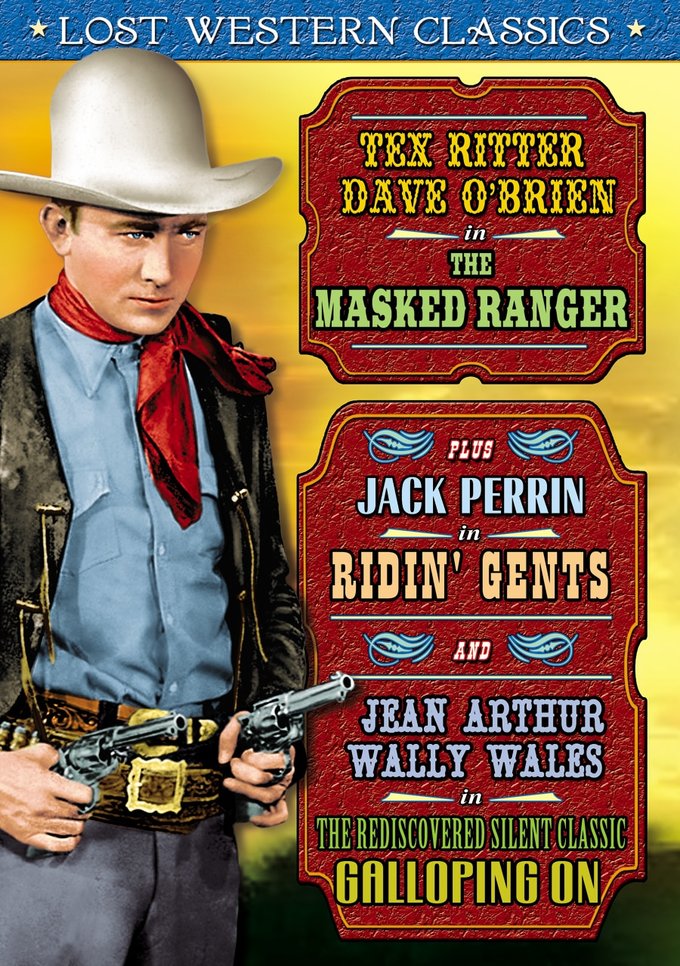 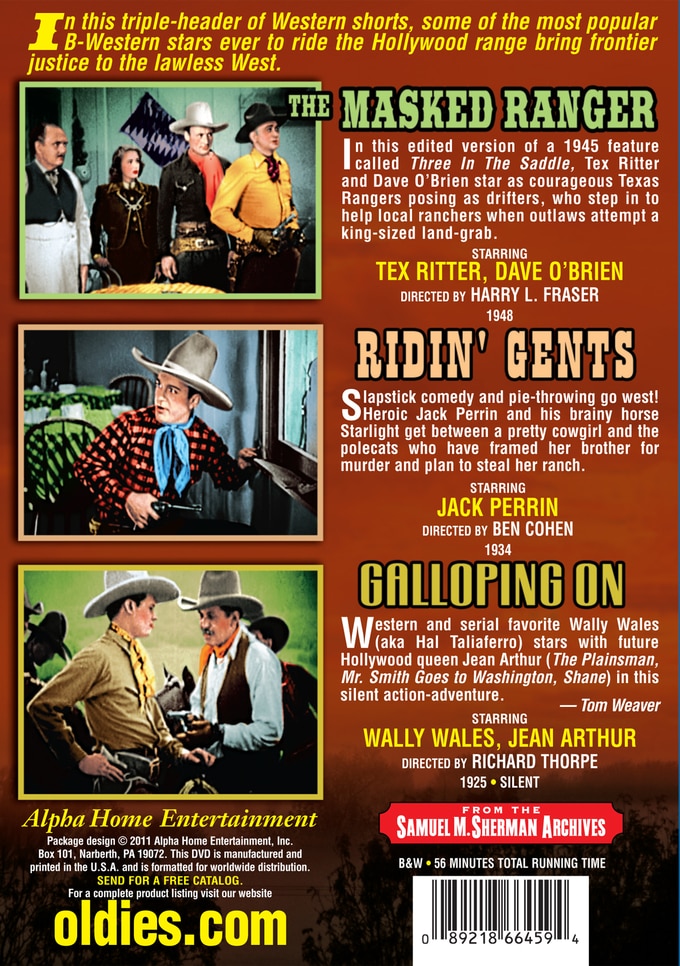 In this triple-header of Western shorts, some of the most popular B-Western stars ever to ride the Hollywood range bring frontier justice to the lawless West.

The Masked Ranger (1948, B&W): In this edited version of a 1945 feature called Three In The Saddle, Tex Ritter and Dave O'Brien star as courageous Texas Rangers posing as drifters, who step in to help local ranchers when outlaws attempt a king-sized land-grab. Starring Tex Ritter, Dave O'Brien; Directed by Harry L. Fraser.

Riding Gents (1934, B&W): Slapstick comedy and pie-throwing go west! Heroic Jack Perrin and his brainy horse Starlight get between a pretty cowgirl and the polecats who have framed her brother for murder and plan to steal her ranch. Starring Jack Perrin; Directed by Ben Cohen.