Tex Ritter Double Feature: Rhythm of The Rio Grande / Rainbow Over The Range 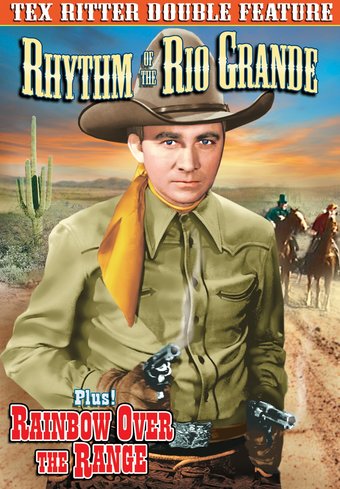 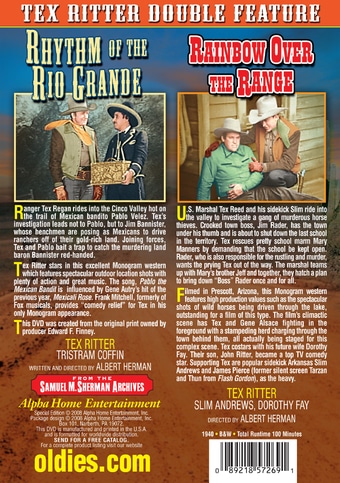 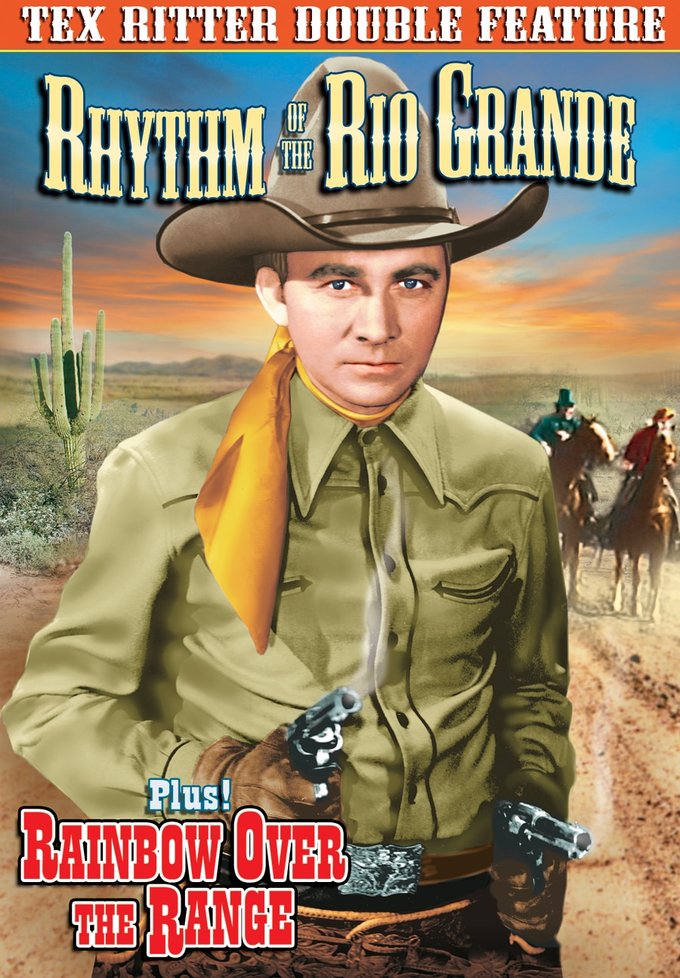 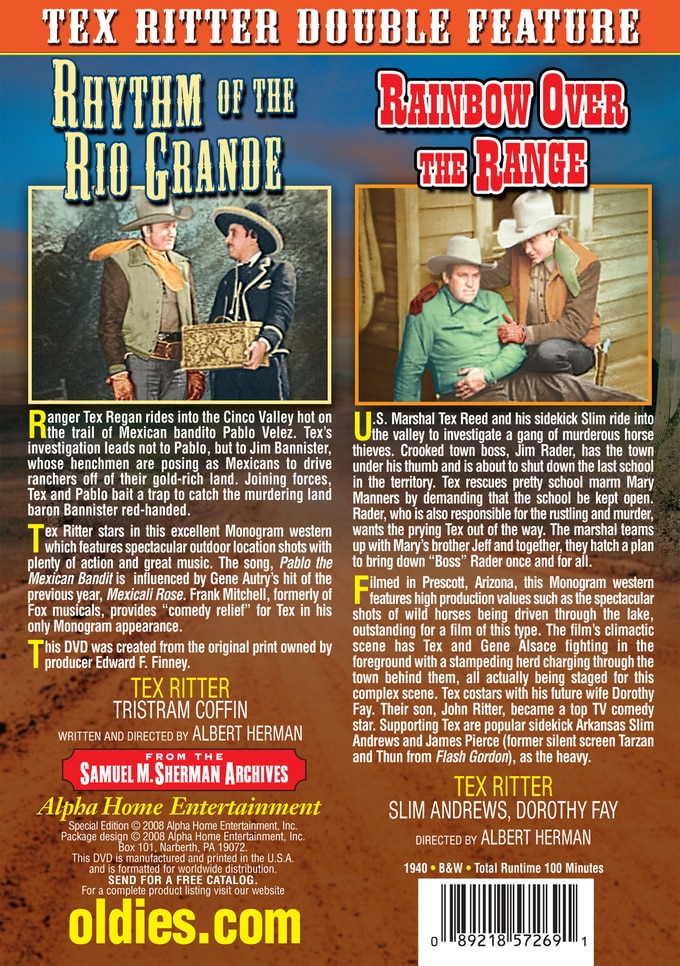 Rhythm of the Rio Grande (1940, B&W): Ranger Tex Regan rides into the Cinco Valley hot on the trail of Mexican bandito Pablo Velez. Tex's investigation leads not to Pablo, but to Jim Bannister, whose henchmen are posing as Mexicans to drive ranchers off of their gold-rich land. Joining forces, Tex and Pablo bait a trap to catch the murdering land baron Bannister red-handed.

Tex Ritter stars in this excellent Monogram western which features spectacular outdoor location shots with plenty of action and great music. The song, "Pablo the Mexican Bandit" is influenced by Gene Autry's hit of the previous year, "Mexicali Rose." Frank Mitchell, formerly of Fox musicals, provides "comedy relief" for Tex in his only Monogram appearance. This DVD was created from the original print owned by producer Edward F. Finney.

Rainbow Over the Range (1940, B&W): U.S. Marshal Tex Reed and his sidekick Slim ride into the valley to investigate a gang of murderous horse thieves. Crooked town boss, Jim Rader, has the town under his thumb and is about to shut down the last school in the territory. Tex rescues pretty school marm Mary Manners by demanding that the school be kept open. Rader, who is also responsible for the rustling and murder, wants the prying Tex out of the way. The marshal teams up with Mary's brother Jeff and together, they hatch a plan to bring down "Boss" Rader once and for all.

Filmed in Prescott, Arizona, this Monogram western features high production values such as the spectacular shots of wild horses being driven through the lake, outstanding for a film of this type. The film's climactic scene has Tex and Gene Alsace fighting in the foreground with a stampeding herd charging through the town behind them, all actually being staged for this complex scene. Tex costars with his future wife Dorothy Fay. Their son, John Ritter, became a top TV comedy star. Supporting Tex are popular sidekick Arkansas Slim Andrews and James Pierce (former silent screen Tarzan and Thun from Flash Gordon), as the heavy.