Corriganville - The Story of the Ray Corrigan Ranch [Documentary] 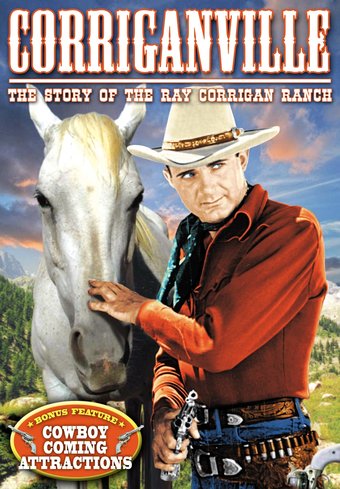 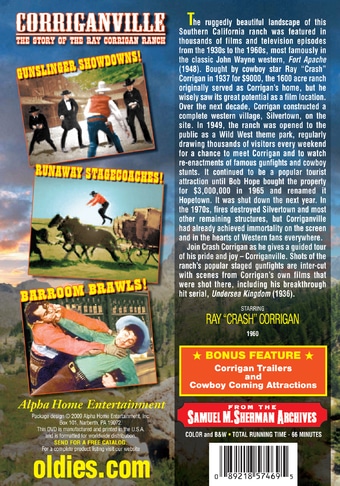 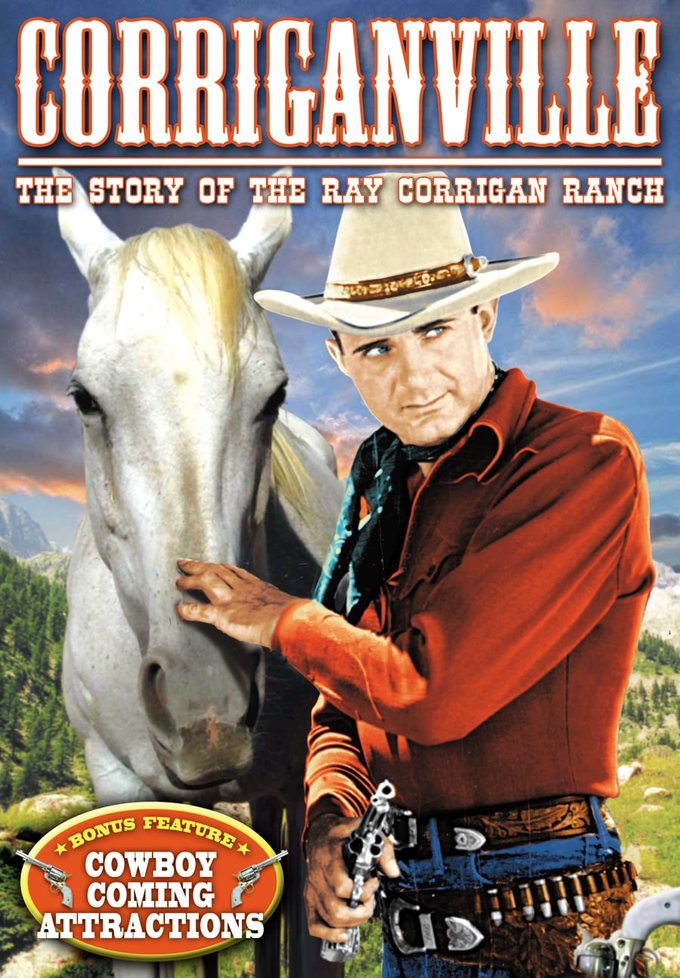 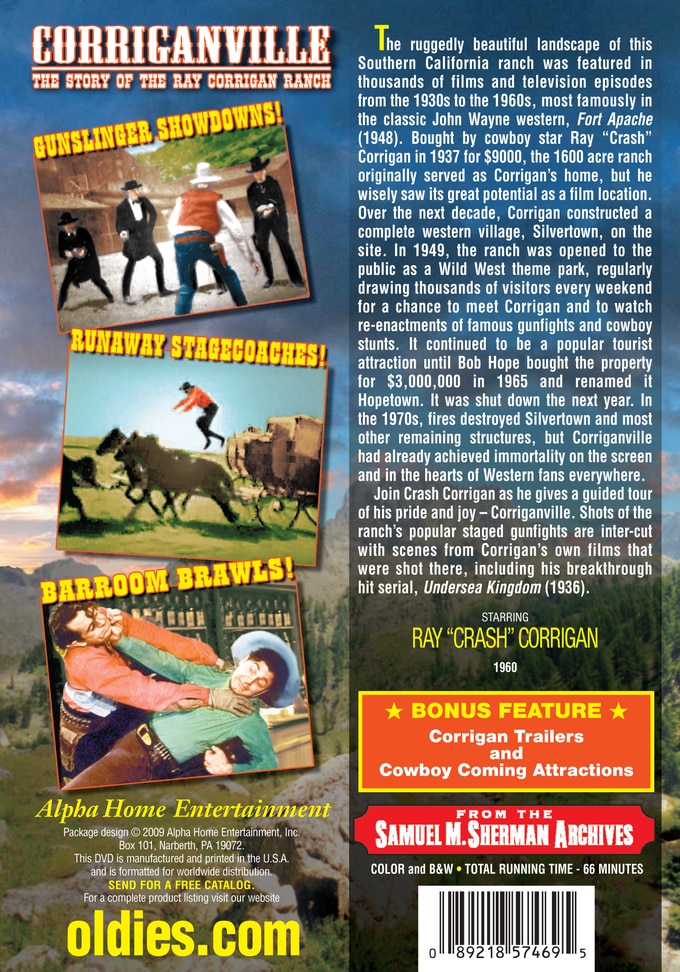 The ruggedly beautiful landscape of this Southern California ranch was featured in thousands of films and television episodes from the 1930s to the 1960s, most famously in the classic John Wayne western, Fort Apache (1948). Bought by cowboy star Ray "Crash" Corrigan in 1937 for $9000, the 1600 acre ranch originally served as Corrigan's home, but he wisely saw its great potential as a film location. Over the next decade, Corrigan constructed a complete western village, Silvertown, on the site. In 1949, the ranch was opened to the public as a Wild West theme park, regularly drawing thousands of visitors every weekend for a chance to meet Corrigan and to watch re-enactments of famous gunfights and cowboy stunts. It continued to be a popular tourist attraction until Bob Hope bought the property for $3,000,000 in 1965 and renamed it Hopetown. It was shut down the next year. In the 1970s, fires destroyed Silvertown and most other remaining structures, but Corriganville had already achieved immortality on the screen and in the hearts of Western fans everywhere.

Join Crash Corrigan as he gives a guided tour of his pride and joy - Corriganville. Shots of the ranch's popular staged gunfights are inter-cut with scenes from Corrigan's own films that were shot there, including his breakthrough hit serial, Undersea Kingdom (1936).


Most of what I think about the old ranch town from movies bygone has been said but I will add its too bad the area can't be used more in the movie business. Fred From Austin


This DVD is great for film history buffs. The only thing I wish is that Ray Corrigan had walked around the town to show it to us.


I was the public relations director at the time the ranch was sold to Bob Hope. I was having dinner with Crash at his home when the Valley Green Sheet arrived, and we both read about it first in the newspaper before Crash was notified. I am looking forward to the DVD, knowing Crash, it will be well produced.