Three pre-stardom TV appearances by the great James Dean - "Hill Number One", "I'm A Fool", "Bells of Cockaigne" and "Sentence of Death". 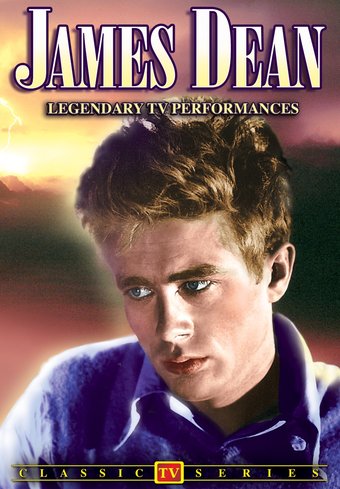 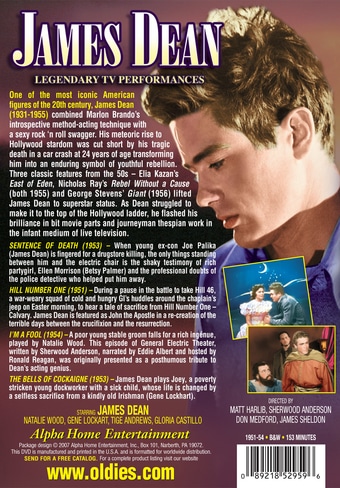 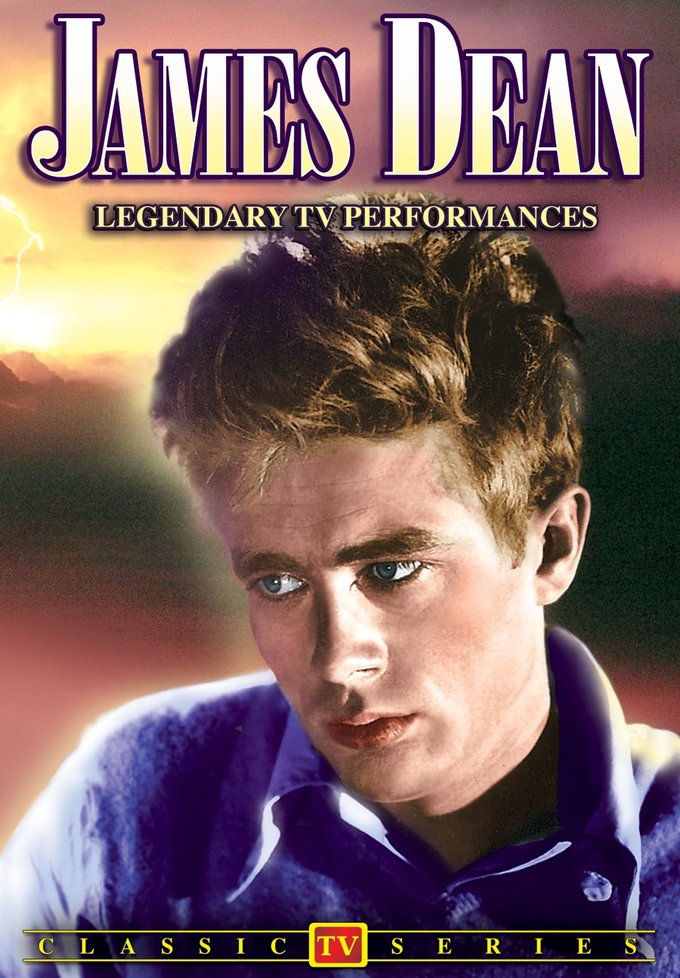 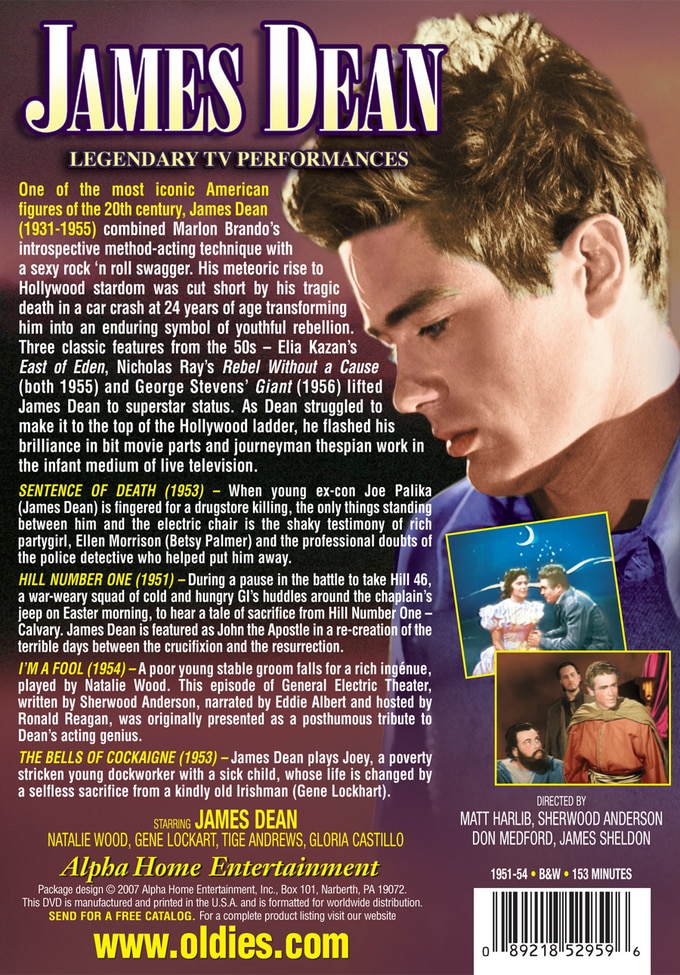 One of the most iconic American figures of the 20th century, James Dean (1931-1955) combined Marlon Brando's introspective method-acting technique with a sexy rock 'n roll swagger. His meteoric rise to Hollywood stardom was cut short by his tragic death in a car crash at 24 years of age transforming him into an enduring symbol of youthful rebellion.

Three classic features from the 50s - Elia Kazan's East of Eden, Nicholas Ray's Rebel Without a Cause (both 1955) and George Stevens' Giant (1956) lifted James Dean to superstar status. As Dean struggled to make it to the top of the Hollywood ladder, he flashed his brilliance in bit movie parts and journeyman thespian work in the infant medium of live television.

Sentence of Death (1953): When young ex-con Joe Palika (James Dean) is fingered for a drugstore killing, the only things standing between him and the electric chair is the shaky testimony of rich party girl, Ellen Morrison (Betsy Palmer) and the professional doubts of the police detective who helped put him away.

Hill Number One (1951): During a pause in the battle to take Hill 46, a war-weary squad of cold and hungry GI's huddles around the chaplain's jeep on Easter morning, to hear a tale of sacrifice from Hill Number One - Calvary. James Dean is featured as John the Apostle in a re-creation of the terrible days between the crucifixion and the resurrection.

I'm A Fool (1954): A poor young stable groom falls for a rich ingenue, played by Natalie Wood. This episode of General Electric Theater, written by Sherwood Anderson, narrated by Eddie Albert and hosted by Ronald Reagan, was originally presented as a posthumous tribute to Dean's acting genius.

The Bells of Cockaigne (1953): James Dean plays Joey, a poverty stricken young dockworker with a sick child, whose life is changed by a selfless sacrifice from a kindly old Irishman (Gene Lockhart).


This DVD collection includes four of James Dean’s many television performances from the early 1950’s. Two of these shows are one hour and two are half hour. The sources of these black & white dramas are from unrestored 16mm prints so don’t expect the very best in visual and audio quality. To some, these are obsolete television shows from the past but to James Dean fans these are little treasures, especially considering the fact that Dean only starred in three movies. It starts out with Sentence of Death from 1953. It features Dean as a young ex-con who is fingered for a drugstore killing. Hill Number One from 1951 has Dean portraying John the Apostle in a biblical tale centered around the final days of Jesus. I’m a Fool, which aired November 14, 1954, is especially interesting because Natalie Wood co-starred with Dean four months before the two began filming Rebel Without a Cause. From 1953 comes The Bells of Cockaigne which has Dean playing a poverty stricken young dockworker with a sick child. As always, Dean’s performances shine through, even on these relics from television’s past that feature co-stars Gene Lockhart, Tige Andrews, Gloria Castillo and other great actors. James Dean - Classic Television Collection is very reasonably priced from Alpha Home Entertainment and a must for any true fan of the young man who has touched the lives of millions. Lou Holly - Keep Rockin’ Magazine