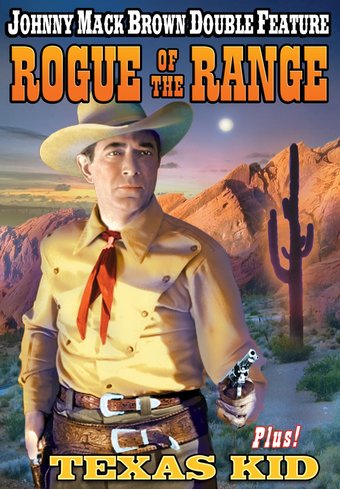 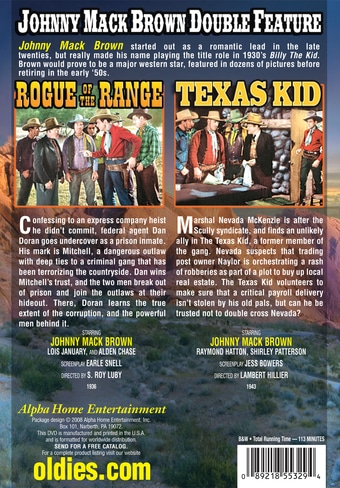 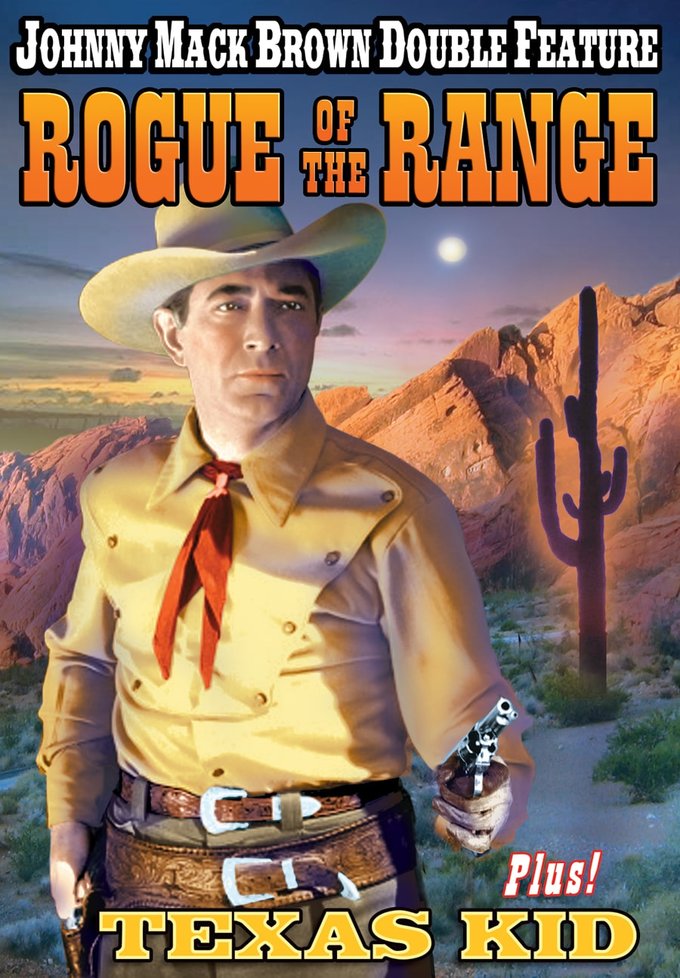 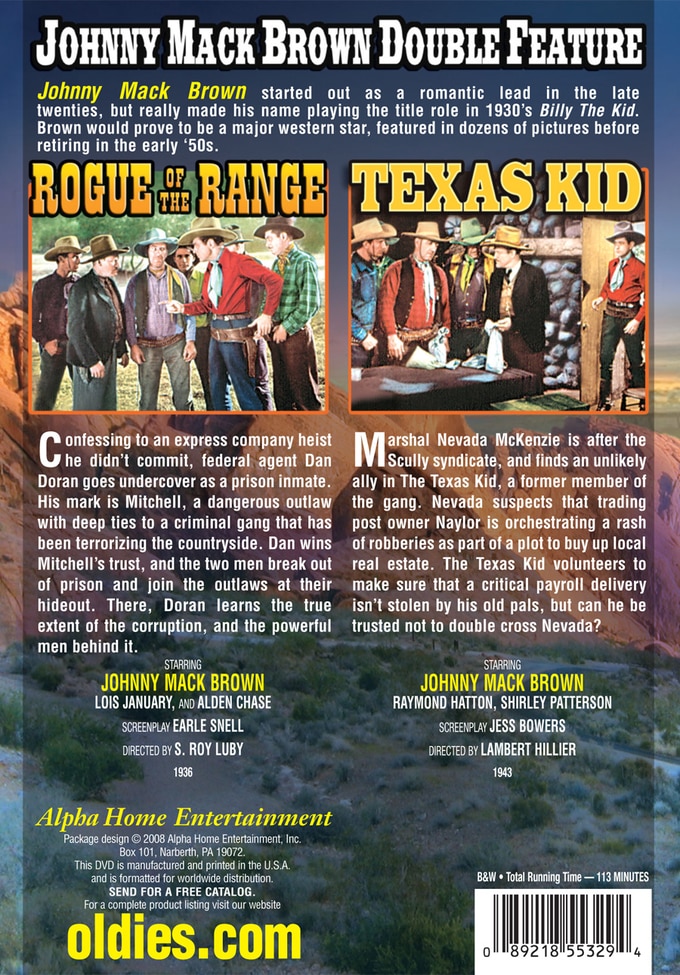 Johnny Mack Brown started out as a romantic lead in the late twenties, but really made his name playing the title role in 1930's Billy The Kid. Brown would prove to be a major western star, featured in dozens of pictures before retiring in the early '50s.

Rogue Of The Range (1936, B&W): Confessing to an express company heist he didn't commit, federal agent Dan Doran goes undercover as a prison inmate. His mark is Mitchell, a dangerous outlaw with deep ties to a criminal gang that has been terrorizing the countryside. Dan wins Mitchell's trust, and the two men break out of prison and join the outlaws at their hideout. There, Doran learns the true extent of the corruption, and the powerful men behind it.

Texas Kid (1943, B&W): Marshal Nevada McKenzie is after the Scully syndicate, and finds an unlikely ally in The Texas Kid, a former member of the gang. Nevada suspects that trading post owner Naylor is orchestrating a rash of robberies as part of a plot to buy up local real estate. The Texas Kid volunteers to make sure that a critical payroll delivery isn't stolen by his old pals, but can he be trusted not to double cross Nevada?

Action | Adventure | Cowboys
This product is made-on-demand by the manufacturer using DVD-R recordable media. Almost all DVD players can play DVD-Rs (except for some older models made before 2000) - please consult your owner's manual for formats compatible with your player. These DVD-Rs may not play on all computers or DVD player/recorders. To address this, the manufacturer recommends viewing this product on a DVD player that does not have recording capability.