These aren't everyday people and this is no ordinary movie. 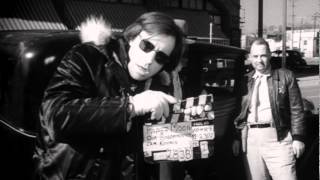 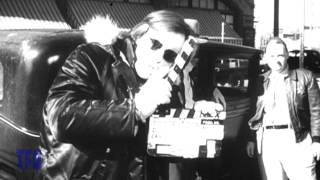 The romantic films of the 1930s and '40s influenced director Peter Bogdanovich (THE LAST PICTURE SHOW, MASK) in PAPER MOON, a masterpiece influenced by the filmmaking of those periods --a classic comedy drama that resembles the films of John Ford or Sam Wood.

Moses Pray (Ryan O'Neal) is a happy-go-lucky con man traveling throughout the Midwest during the Great Depression, conning widows into buying Bibles. Stopping in a small town for a friend's funeral, he is persuaded to deliver the deceased's precocious 10-year-old daughter, Addie Loggins (Tatum O'Neal, Ryan's real-life daughter), to her aunt's home. The resemblance between Moses and Addie--who never knew her father--is uncanny, and the two are soon acting like father and daughter as they travel the back roads of heartland America. Despite his initial misgivings, Moses is delighted to find that Addie is a boon to business, catching on
quickly and adding her own twists to his favorite cons. Madeline Kahn stars as
Trixie Delight, a ladyfriend Moses meets along the way--a situation that brings out
Addie's possessive side. Bogdanovich convincingly recreates the feel and look of the 1930s with his nostalgic look at life on the open road. The film was nominated for four Academy Awards, including Best Screenplay; both Kahn and the 11-year-old O'Neal were nominated for Best Supporting Actress, which O'Neal won.

A con man and his precocious daughter (Ryan and Tatum O'Neal) grift their way across the heartland of depression-era America in this nostalgic look at the 1930s Midwest. The two try desperately to scrounge up enough money to live on, and are willing to employ any means necessary, and their father/daughter relationship becomes a business partnership as the pair find they truly need each other for survival. Madeline Kahn also stars in this film from Peter Bogdanovich.

Customer Rating:
Based on 53845 ratings.


Watched it when it was first released, since then have forgotten about it until my wife asked if i could find it. Bought it from you, watcheb it with her and it was still just as entertaining and humorous as the first timr!