When they take you for an out-of-towner, they really take you. 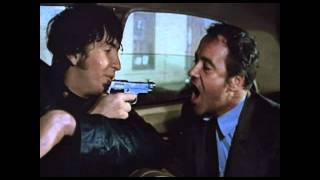 Up for a prestigious promotion, middle-class businessman George Kellerman (Jack Lemmon) travels from Ohio to New York City with his wife Gwen (Sandy Dennis), hoping to enjoy a bit of fun and relaxation in the Big Apple before the job interview. But the Midwestern couple's dream vacation turns into an urban nightmare as they experience a seemingly endless series of travel mishaps: diverted flights, lost luggage, missed trains, cancelled hotel reservations, muggers in Central Park, unfriendly locals, and even a police chase or two. This hilarious, fish-out-of-water comedy was penned by playwright Neil Simon specifically for the big screen and boasts a comically frenetic pace, hilarious performances from the harried leads, and a glimpse into the gritty urban reality of 1970s New York.

A neurotic Ohio businessman takes his wife on a flight with him to the Big Apple, where he has a job interview with a New York firm. With the company paying for their accommodations, the couple hopes to make the trip a small vacation and head to the airport with great expectations. But nearly everything that could go wrong does in this comedy of errors by playwright Neil Simon.