Get email alerts for Joe Quarterman and Free Soul
12 ratings
Available: Usually ships in 3-5 business days
Add to Cart
Add to Wishlist
Format:  CD
sku:  COL 5296
Related products:
Ripple: I Don't Know What It Is But It Sure Is Funky - Golden Classics of The 70's for $5.98
The Fatback Band: Let's Do It Again - The Perception Years for $5.98
Kay-Gees: Greatest Hits for $23.50
92% recommend us! 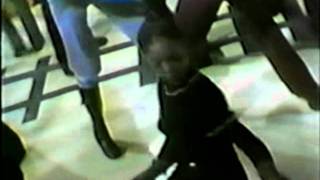 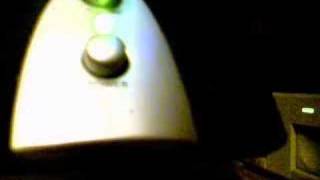 Like many other R&B artists, Joe Quarterman began his career singing in church choirs, glee clubs and on street corners. Dubbed "Sir Joe" in high school, Quarterman was also a talented songwriter; he played with many groups before forming Free Soul in the early '70s. He scored his biggest hit with "I Got So Much Trouble In My Mind" in 1972. This collection contains his best work as a solo and with Free Soul.

Personnel: Willie Parker (guitar).
Golden Classics compiles the entirety of Sir Joe Quarterman & Free Soul's only album, along with several non-LP singles recorded for both GSF and Mercury. It's a definitive package -- but who's keeping track? The answer is, a cult of fanatical funk collectors who rediscovered Quarterman's extremely hard-to-find, small-label LP, and hailed it as a lost classic. Is it? Well, classic might be stretching it, but it's pretty damn good. There's some excellent straight-ahead dance music, but Quarterman's real specialty is urgent message tracks; he takes on a host of social ills, burning with righteous indignation all the while. There's some uplifting positivity, too, as on the heartfelt tribute "Thanks Dad," but for the most part Quarterman simply sounds as though his frustration is about to boil over. He's a master of the impassioned, roaring vocal style of James Brown, but his range is a bit higher and his timbre smoother. Meanwhile, the razor-sharp backing by Free Soul is somewhere between the J.B.'s and a lower-budget version of Gamble & Huff's plush Philly soul creations. It's deeply and aggressively funky, but layers of keyboards, horns, and wah-wah guitars adorn even the hardest tracks. Quarterman and some of his bandmembers were jazz-trained musicians, so there's more sophistication and know-how here than you might expect from such a small-scale project. Perhaps that's why the longer tracks tend to be the most exciting ones here: the minor hit single "(I Got) So Much Trouble in My Mind"; the stunningly constructed, eight-minute opus "Thanks Dad"; and the expertly paced buildups of "You Know It's True" and "You're Driving Me." In the end, this material doesn't redefine funk or soul, but it's superbly executed, and not as easy to pigeonhole as it first may seem. The best funk album ever by a guy you've never heard of. ~ Steve Huey

Funkadelic
One Nation Under A Groove
$30.60
Add to Cart