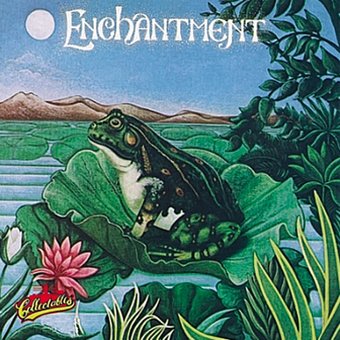 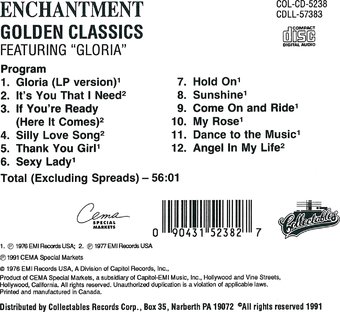 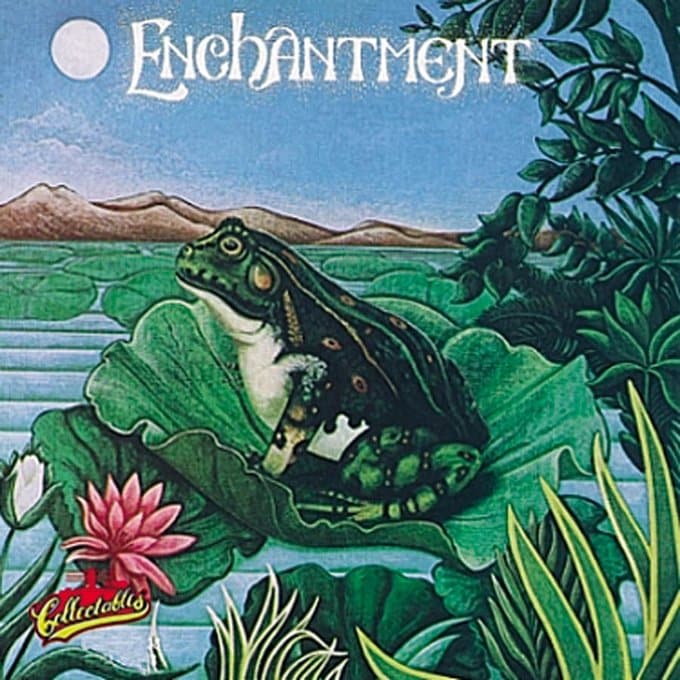 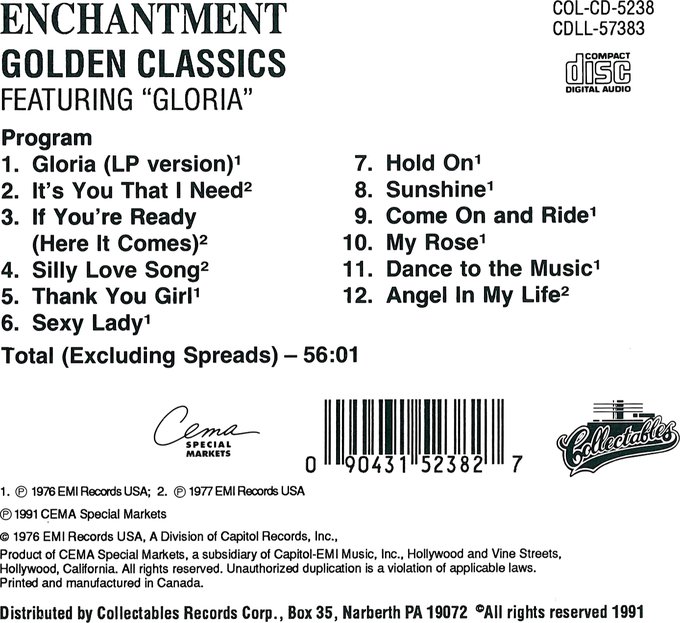 Enchantment really wove enchantment when they performed. This Soul quintet from Detroit was able to chart their romantic ballads even during the height of the Disco/Dance era in the late '70s. This collection is filled with smooth, soulful sound that made Enchantment favorites of both Soul and Pop music lovers.

Enchantment includes: Ed "Mickey" Clanton, Davis Banks, Joe Thomas, Bobby Green, Emmanuel Johnson.
Includes liner notes by Kevin Tong.
Liner Note Author: Kevin Tong.
Golden Classics is a fitting title for a group with a sound as golden as Enchantment's. That ambience can be attributed to the golden sound of lead singer Emanuel "E.J." Johnson, who was responsible for the vocal arrangements on these and all the other Enchantment recordings. Johnson's vocal versatility is demonstrated on songs like "Come on and Ride" and "If You're Ready (Here It Comes)." While delivering an abrasive tone in one breath, he comes back in a smooth lyric the next. These selections are taken from the vocal quintet's first two albums, Enchantment and Once Upon a Dream. (Songs from the group's other four albums are omitted, as they had different label affiliations.) Moreover, these selections were originally recorded under the Roadshow/United Artists family, which was sold to Capitol-EMI. Between the two albums, there were four R&B Top Five singles. Unreleased songs like "Silly Love Song," "My Rose," and "Trying to Get Over (With You)" have emerged as radio regulars, and all were written by the incomparable Johnson. This compilation is one of Collectables' top-selling units and would be a great addition to any collection. ~ Craig Lytle

Babyface
A Collection of His Greatest Hits
$6.70 Super Savings
Add to Cart

49%off
The Dramatics
The Ultimate Collection
$8.60 Super Savings
Add to Cart

Enchantment
If You're Ready: The Best of Enchantment
$13.60
Add to Cart

Nothing You Haven't Heard before Music Lover: philip penrose from FL USA -- August, 3, 2010


If you like R&B you've heard all these song styles before by groups that were more innovative. There are many influences at play here. Just go back and play some of your favorite artists in the genre...you won't hear anything here you haven't heard before. Nothing is offensive; nothing is innovative. Good production and vocals - but no songs that will surprise you or make you want to come back for more. If the 'song' isn't there, then there is no foundation for anything else. Mediocre at best - hence the middle-of-the-road 2.5 star rating.


THIS IS WHAT MUSIC WAS ALL ABOUT, IF YOU WANT TO HEAR GOOD MUSIC, THIS IS A MUST HAVE, NOT ONLY BECAUSE MY NAME IS GLORIA, THAT SONG HAS HAUNTED ME ALL THE DAYS OF MY LIFE. THAT IS A GOOD THING. JUST LIKE THE SONG GOES, THAT'S HOW IT IS.