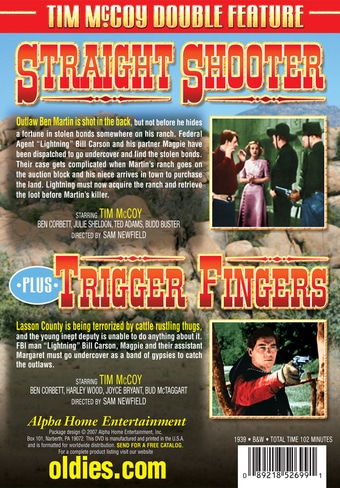 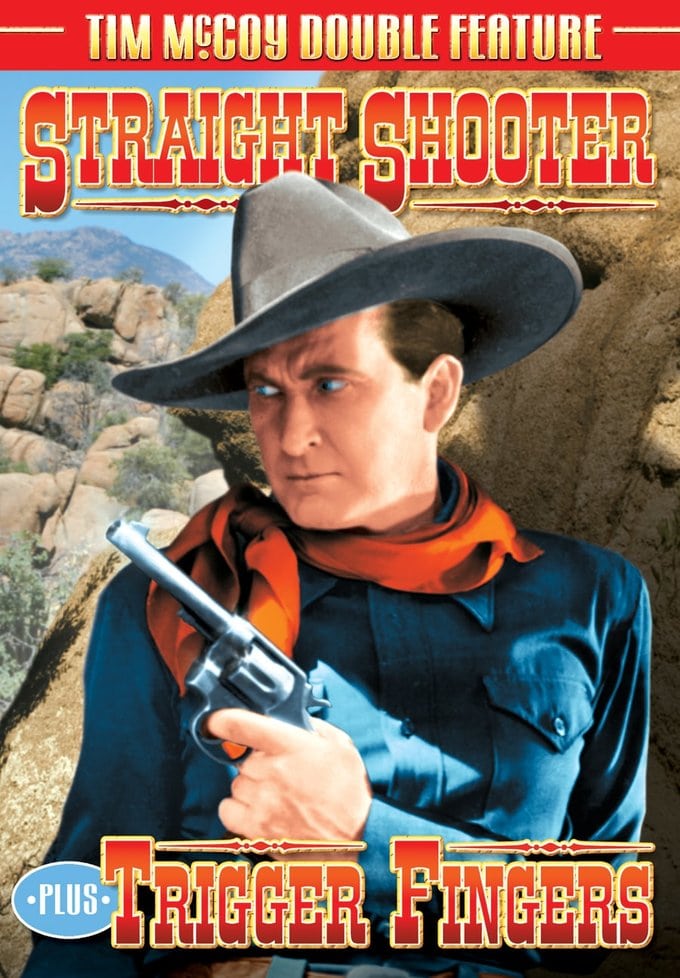 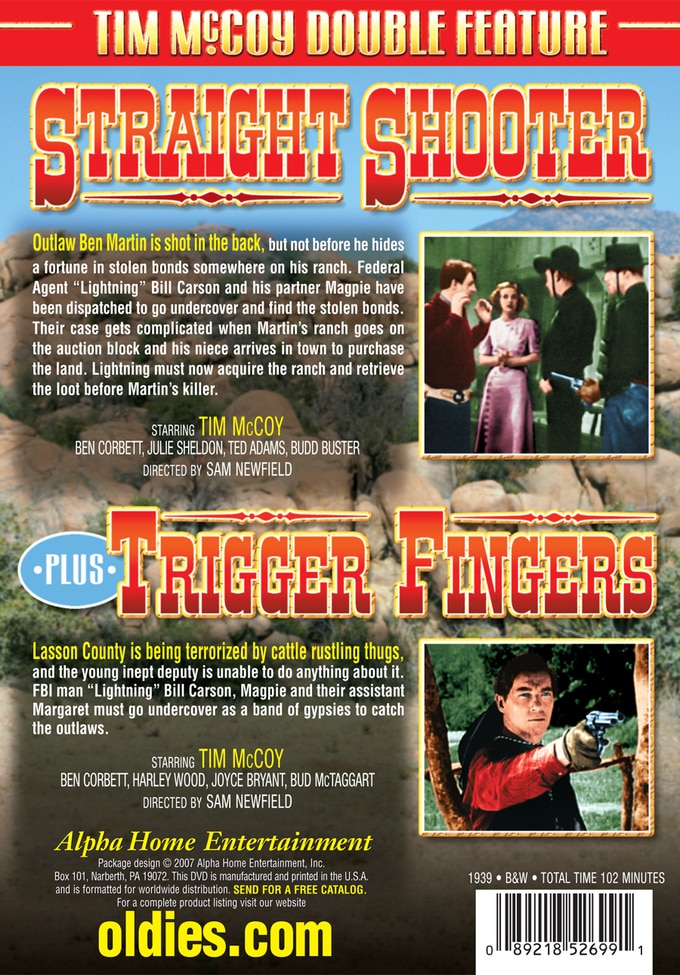 Straight Shooter (1939, B&W): Outlaw Ben Martin is shot in the back, but not before he hides a fortune in stolen bonds somewhere on his ranch. Federal Agent "Lightning" Bill Carson and his partner Magpie have been dispatched to go undercover and find the stolen bonds. Their case gets complicated when Martin's ranch goes on the auction block and his niece arrives in town to purchase the land. Lightning must now acquire the ranch and retrieve the loot before Martin's killer. Starring Tim McCoy, Ben Corbett, Julie Sheldon, Ted Adams, Budd Buster; Directed by Sam Newfield.

Trigger Fingers (1939, B&W): Lasson County is being terrorized by cattle rustling thugs, and the young inept deputy is unable to do anything about it. FBI man "Lightning" Bill Carson, Magpie and their assistant Margaret must go undercover as a band of gypsies to catch the outlaws.

Action | Thieves
This product is made-on-demand by the manufacturer using DVD-R recordable media. Almost all DVD players can play DVD-Rs (except for some older models made before 2000) - please consult your owner's manual for formats compatible with your player. These DVD-Rs may not play on all computers or DVD player/recorders. To address this, the manufacturer recommends viewing this product on a DVD player that does not have recording capability.

25%off
Lightning Carson Rides Again
$5.95 on Sale
Add to Cart