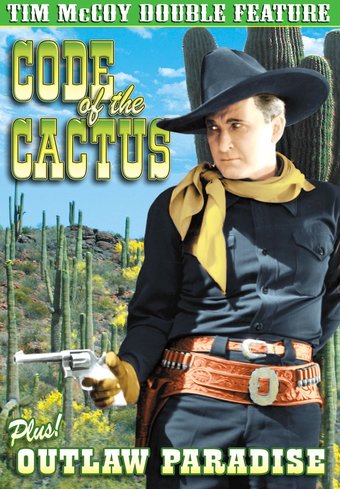 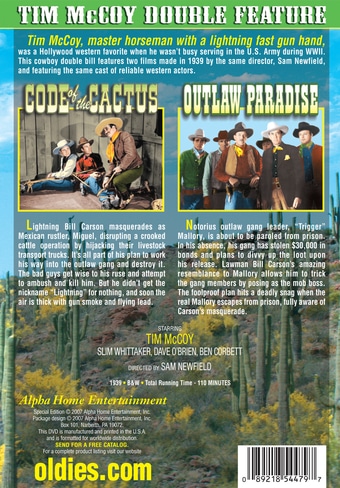 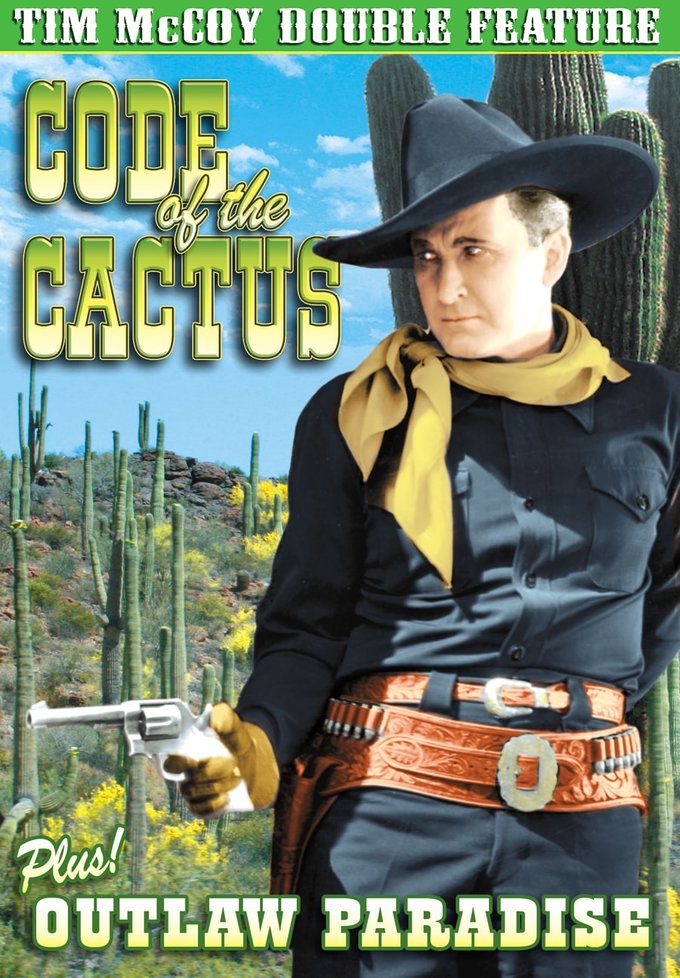 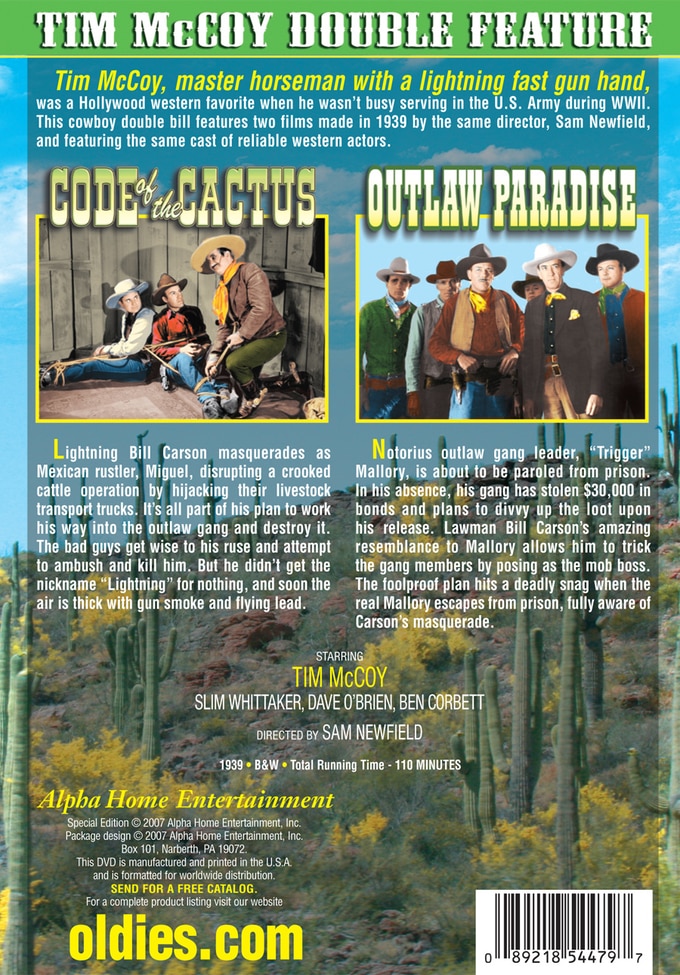 Tim McCoy, master horseman with a lightning fast gun hand, was a Hollywood western favorite when he wasn't busy serving in the U.S. Army during WWII. This cowboy double bill features two films made in 1939 by the same director, Sam Newfield, and featuring the same cast of reliable western actors.

Code of the Cactus (1939, B&W): Lightning Bill Carson masquerades as Mexican rustler, Miguel, disrupting a crooked cattle operation by hijacking their livestock transport trucks. It's all part of his plan to work his way into the outlaw gang and destroy it. The bad guys get wise to his ruse and attempt to ambush and kill him. But he didn't get the nickname "Lightning" for nothing, and soon the air is thick with gun smoke and flying lead.

Outlaw Paradise (1939, B&W): Notorious outlaw gang leader, "Trigger" Mallory, is about to be paroled from prison. In his absence, his gang has stolen $30,000 in bonds and plans to divvy up the loot upon his release. Lawman Bill Carson's amazing resemblance to Mallory allows him to trick the gang members by posing as the mob boss. The foolproof plan hits a deadly snag when the real Mallory escapes from prison, fully aware of Carson's masquerade.