An innocent man is pursued by lawman after he is accused of murder. 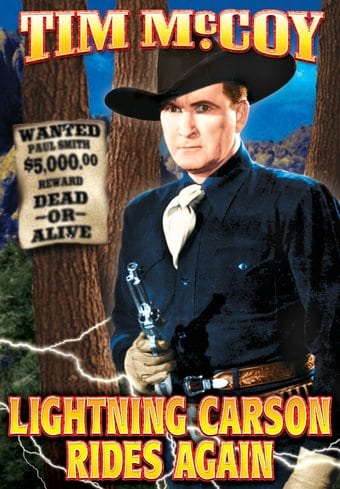 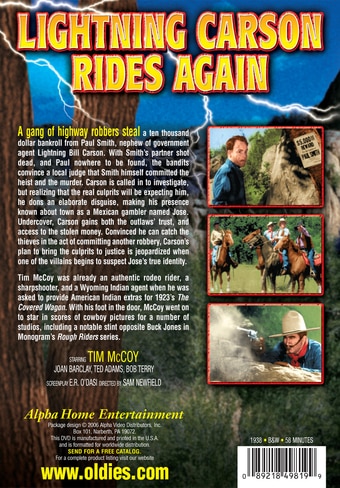 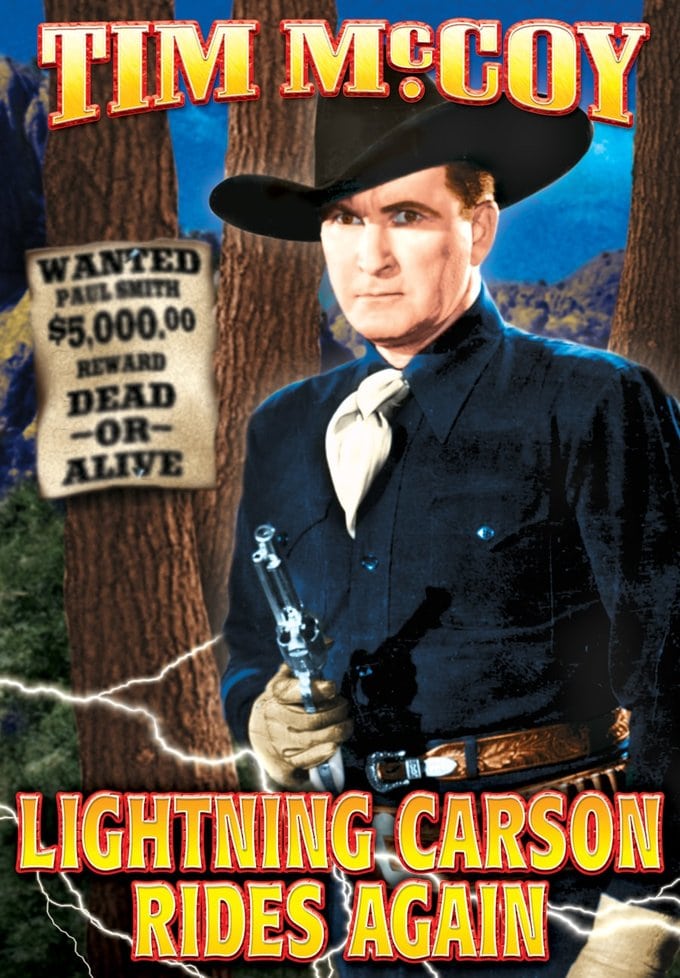 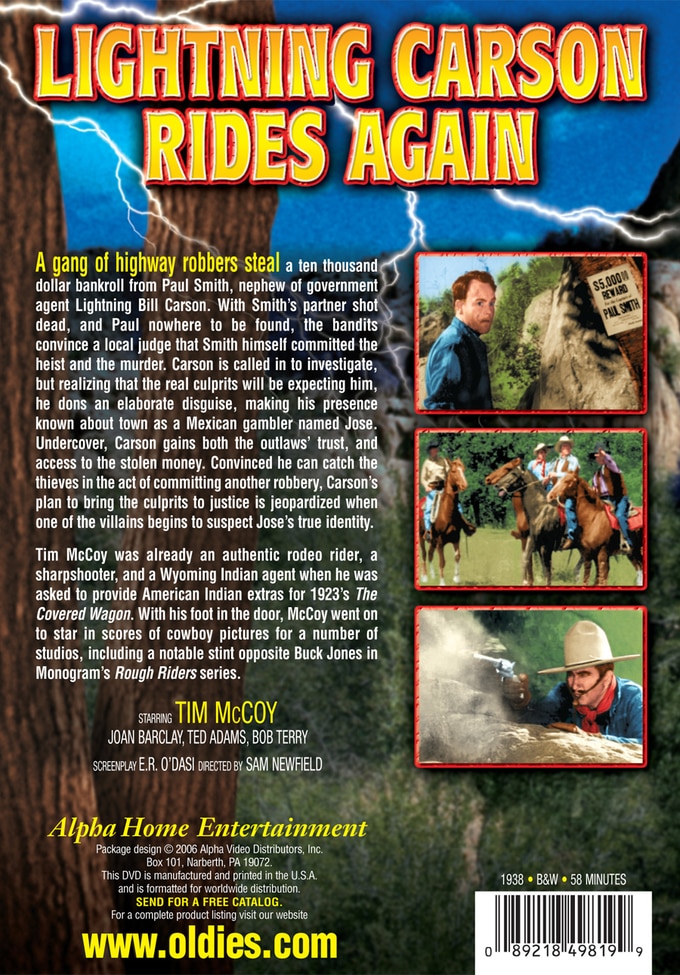 A gang of highway robbers steal a ten thousand dollar bankroll from Paul Smith, nephew of government agent Lightning Bill Carson. With Smith's partner shot dead, and Paul nowhere to be found, the bandits convince a local judge that Smith himself committed the heist and the murder. Carson is called in to investigate, but realizing that the real culprits will be expecting him, he dons an elaborate disguise, making his presence known about town as a Mexican gambler named Jose. Undercover, Carson gains both the outlaws' trust, and access to the stolen money. Convinced he can catch the thieves in the act of committing another robbery, Carson's plan to bring the culprits to justice is jeopardized when one of the villains begins to suspect Jose's true identity.

Tim McCoy was already an authentic rodeo rider, a sharpshooter, and a Wyoming Indian agent when he was asked to provide American Indian extras for 1923's The Covered Wagon. With his foot in the door, McCoy went on to star in scores of cowboy pictures for a number of studios, including a notable stint opposite Buck Jones in Monogram's Rough Riders series.

A tough, much-revered lawman, "Lighting" Bill Carson (Tim McCoy) has been planning a fishing trip, but his vacation is postponed when his nephew (Bob Terry) disappears and he has to come to the rescue. Also included is an episode of the classic Western TV series MATT CLARK, RAILROAD DETECTIVE.

Action | Adventure | Cowboys | Mistaken Identity | Railroads | Mexican | Adventurers
This product is made-on-demand by the manufacturer using DVD-R recordable media. Almost all DVD players can play DVD-Rs (except for some older models made before 2000) - please consult your owner's manual for formats compatible with your player. These DVD-Rs may not play on all computers or DVD player/recorders. To address this, the manufacturer recommends viewing this product on a DVD player that does not have recording capability.

22%off
The Rough Riders: Dawn on the Great Divide
$6.98 CYBER WEEK
Add to Cart

22%off
The Rough Riders: Below the Border
$6.98 CYBER WEEK
Add to Cart