The rise of the Nazi horror in Germany is depicted in the PRC classic. 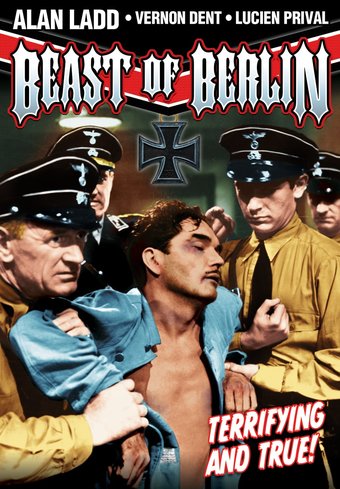 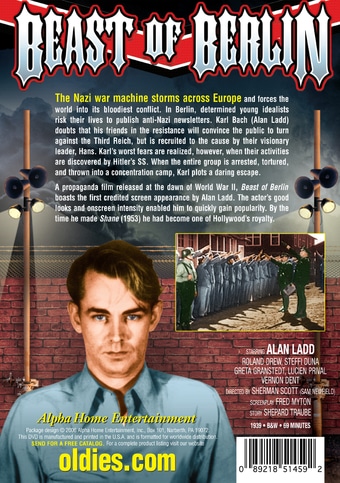 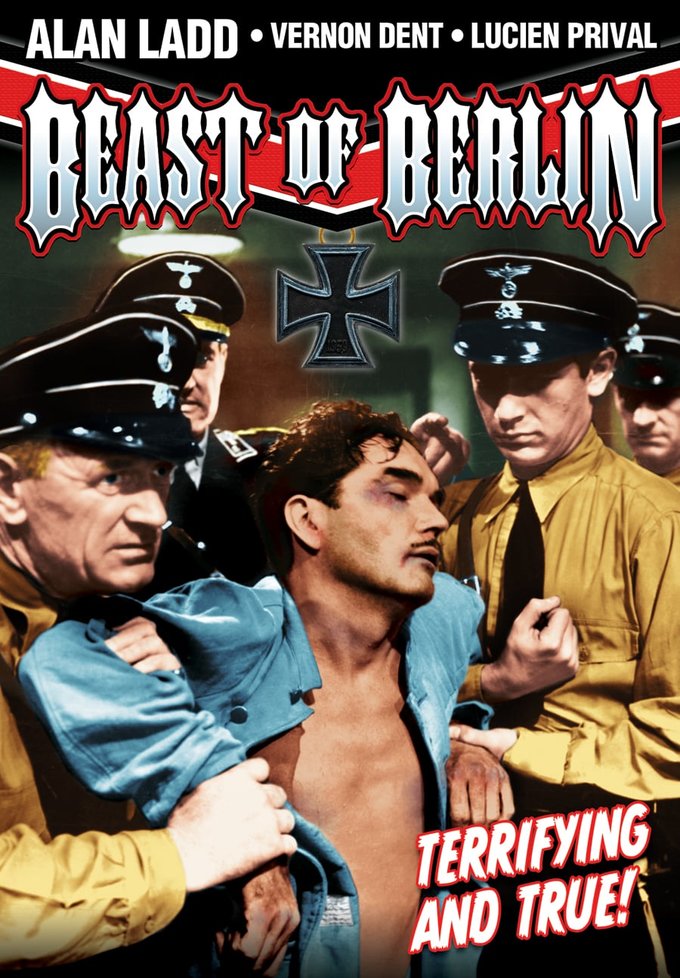 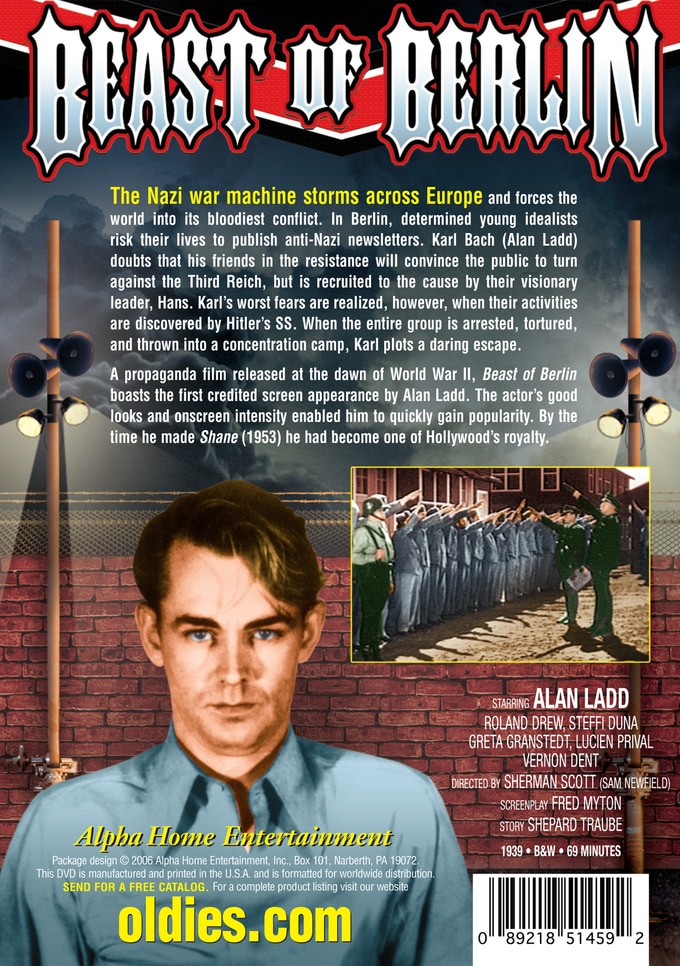 The Nazi war machine storms across Europe and forces the world into its bloodiest conflict. In Berlin, determined young idealists risk their lives to publish anti-Nazi newsletters. Karl Bach (Alan Ladd) doubts that his friends in the resistance will convince the public to turn against the Third Reich, but is recruited to the cause by their visionary leader, Hans. Karl's worst fears are realized, however, when their activities are discovered by Hitler's SS. When the entire group is arrested, tortured, and thrown into a concentration camp, Karl plots a daring escape.

A propaganda film released at the dawn of World War II, Beast of Berlin boasts the first credited screen appearance by Alan Ladd. The actor's good looks and onscreen intensity enabled him to quickly gain popularity. By the time he made Shane (1953) he had become one of Hollywood's royalty.

This anti-Nazi propaganda film from 1939 was produced by poverty row studio PRC, and featured Alan Ladd (THIS GUN FOR HIRE) in one of his first roles. WWI vet Hans Memling (Roland Drew) and his pregnant wife Elsa (Steffi Duna) become involved in underground resistance activities, but Hans is eventually caught and subjected to torture, while his comrades meet fates of varying degrees of brutality.

Hitler | Nazi Germany | Biographical
This product is made-on-demand by the manufacturer using DVD-R recordable media. Almost all DVD players can play DVD-Rs (except for some older models made before 2000) - please consult your owner's manual for formats compatible with your player. These DVD-Rs may not play on all computers or DVD player/recorders. To address this, the manufacturer recommends viewing this product on a DVD player that does not have recording capability.


Alan Ladd appears in his first credited appearance in this movie. I'm sure he was in at least one or two serials earlier without credit. As the box notes state, his "good looks and onscreen intensity enabled him to quickly gain popularity." All true; but listen to the terrible German accent he uses. Fortunately, he stayed away from accents and went on to better things. The movie as a whole had a good idea but it was just too weak and, I guess, we knew not enough about Nazi Germany when then film was relased in 1939. After all, the hero escapes a German concentration camp by running away and jumping on the back of a hay wagon driven by his friends through it? Oh, well...