Romance and betrayal follow two gold robbers who seek revenge against their double-crossing partner in this acclaimed western remake of the crime thriller classic, "The Asphalt Jungle". 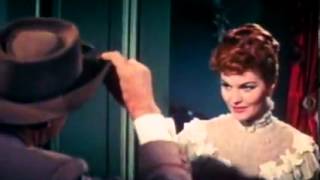 Delmer Daves directs this well-realized remake of THE ASPHALT JUNGLE, with a Western setting. Two men, the Dutchman (Alan Ladd) and McBain (Ernest Borgnine), have just been released from the Arizona Territorial Prison. Their plan is to pull off one last heist that will support them forever. But along comes a wandering geologist to foil their scheme by trying to steal $200,000 in gold from under their noses. As the double-crosses pile, so does the tension. Borgnine and Ladd are magnificent as the ex-cons in this scenario based on the novel by W.R. Burnett.