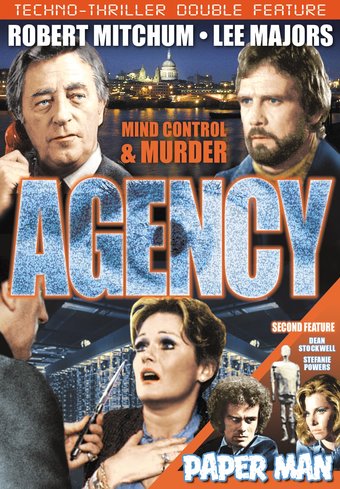 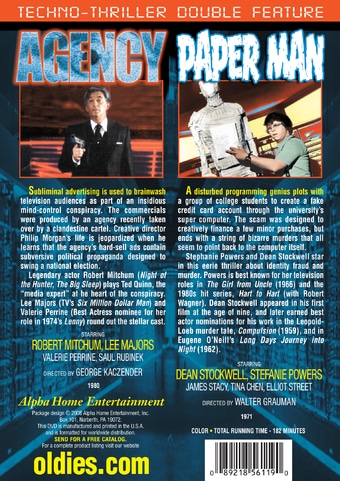 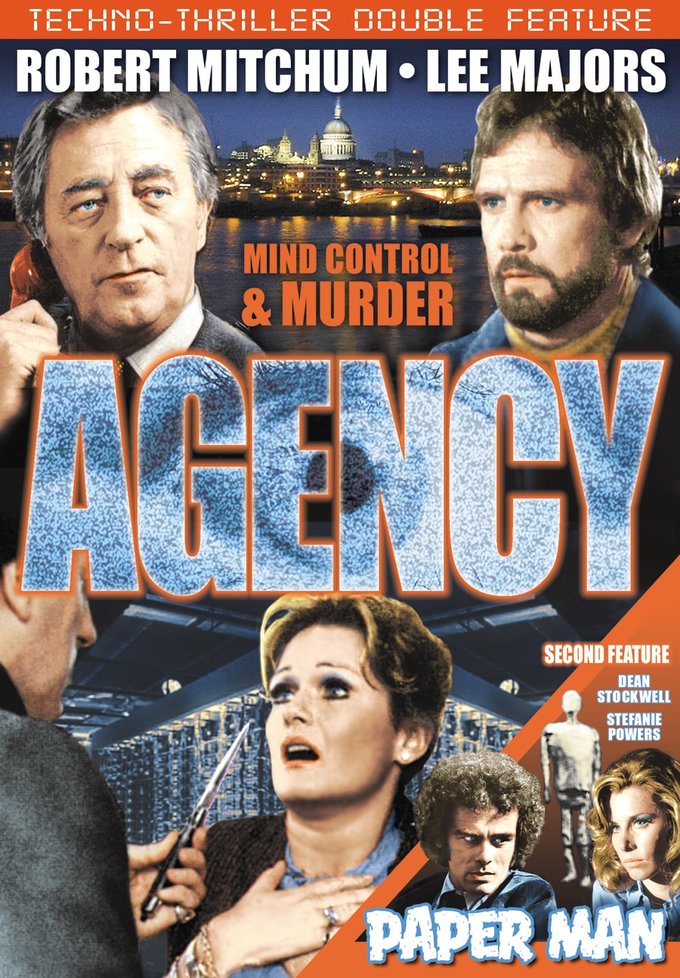 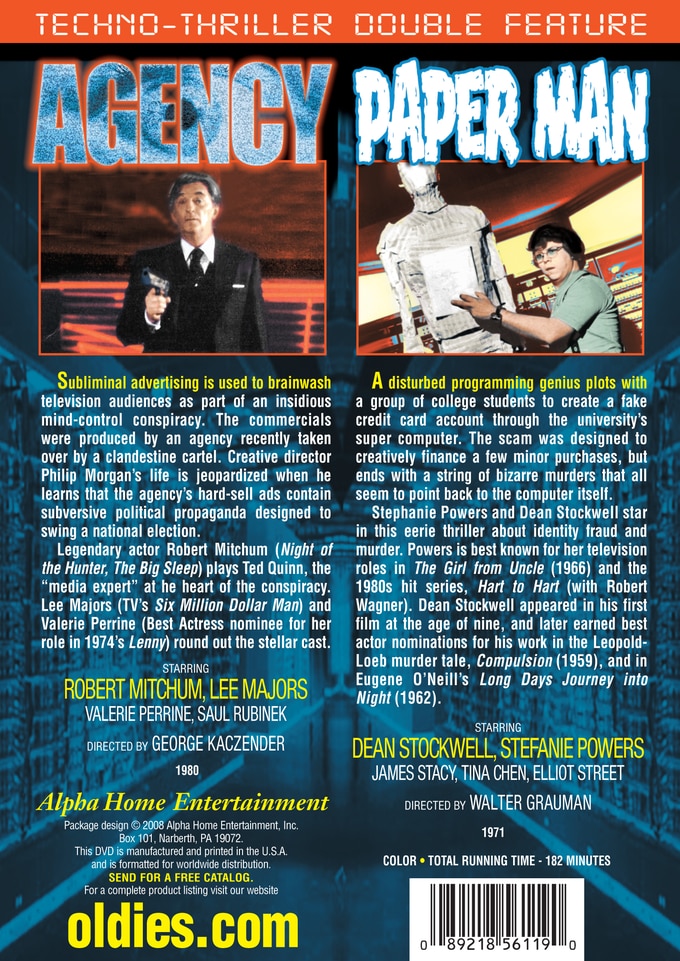 Agency (1980): Subliminal advertising is used to brainwash television audiences as part of an insidious mind-control conspiracy. The commercials were produced by an agency recently taken over by a clandestine cartel. Creative director Philip Morgan's life is jeopardized when he learns that the agency's hard-sell ads contain subversive political propaganda designed to swing a national election.

Legendary actor Robert Mitchum (Night of the Hunter, The Big Sleep) plays Ted Quinn, the "media expert" at he heart of the conspiracy. Lee Majors (TV's "Six Million Dollar Man") and Valerie Perrine (Best Actress nominee for her role in 1974's Lenny) round out the stellar cast.

Paper Man (1971): A disturbed programming genius plots with a group of college students to create a fake credit card account through the university's super computer. The scam was designed to creatively finance a few minor purchases, but ends with a string of bizarre murders that all seem to point back to the computer itself.

Stephanie Powers and Dean Stockwell star in this eerie thriller about identity fraud and murder. Powers is best known for her television roles in "The Girl from Uncle" (1966) and the 1980s hit series, "Hart to Hart" (with Robert Wagner). Dean Stockwell appeared in his first film at the age of nine, and later earned best actor nominations for his work in the Leopold-Loeb murder tale, Compulsion (1959), and in Eugene O'Neill's Long Days Journey into Night (1962).

AGENCY: A paranoid thriller from the heyday of the genre, AGENCY plays off fears of corporate and government malfeasance in ways similar to films like COMA and THE PARALLAX VIEW. Lee Majors stars as the creative director of an advertising agency recently bought by the sinister Robert Mitchum. After the suspicious suicide of another employee, Majors uncovers a plot to implant subliminal messages in television ads that has far darker implications than just the unscrupulous increase of consumption.

PAPER MAN: When a group of college students create a fake credit-card account, their innocent little scheme unexpectedly ends in murder. But who could be behind the mysterious deaths' All evidence leads to the school's supercomputer... Stephanie Powers and Dean Stockwell star in this made-for-TV thriller that raises troubling questions about technology.

Thriller | Compilation | Conspiracies
This product is made-on-demand by the manufacturer using DVD-R recordable media. Almost all DVD players can play DVD-Rs (except for some older models made before 2000) - please consult your owner's manual for formats compatible with your player. These DVD-Rs may not play on all computers or DVD player/recorders. To address this, the manufacturer recommends viewing this product on a DVD player that does not have recording capability.