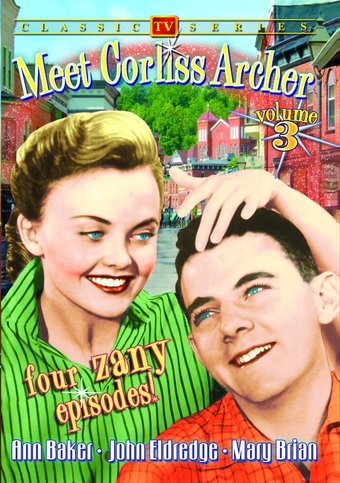 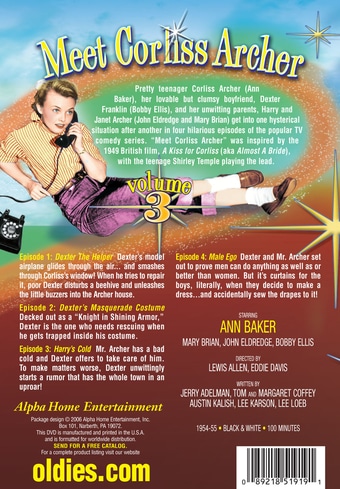 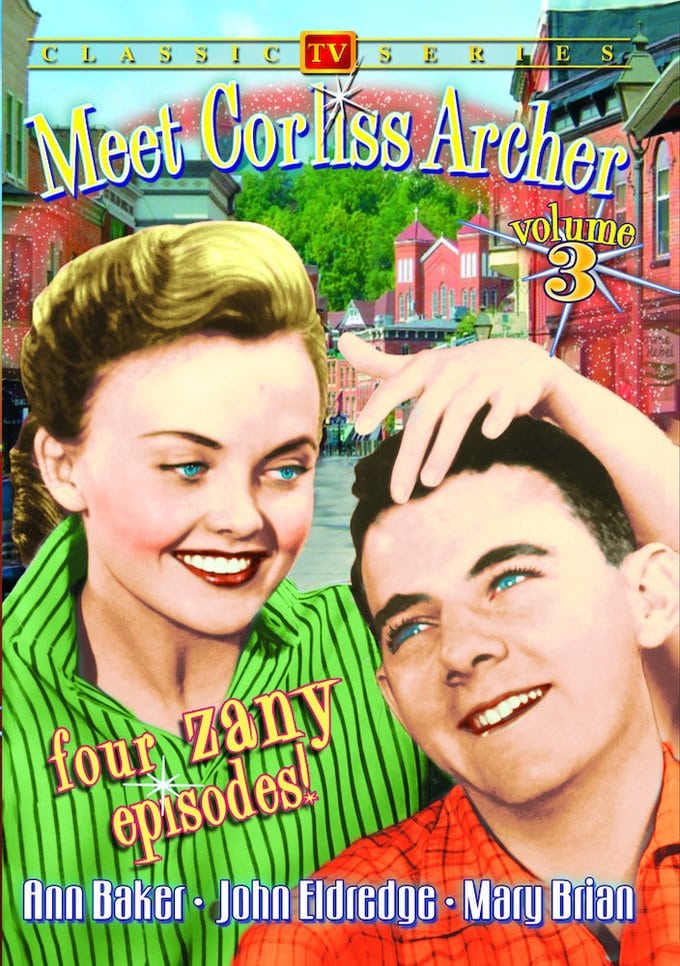 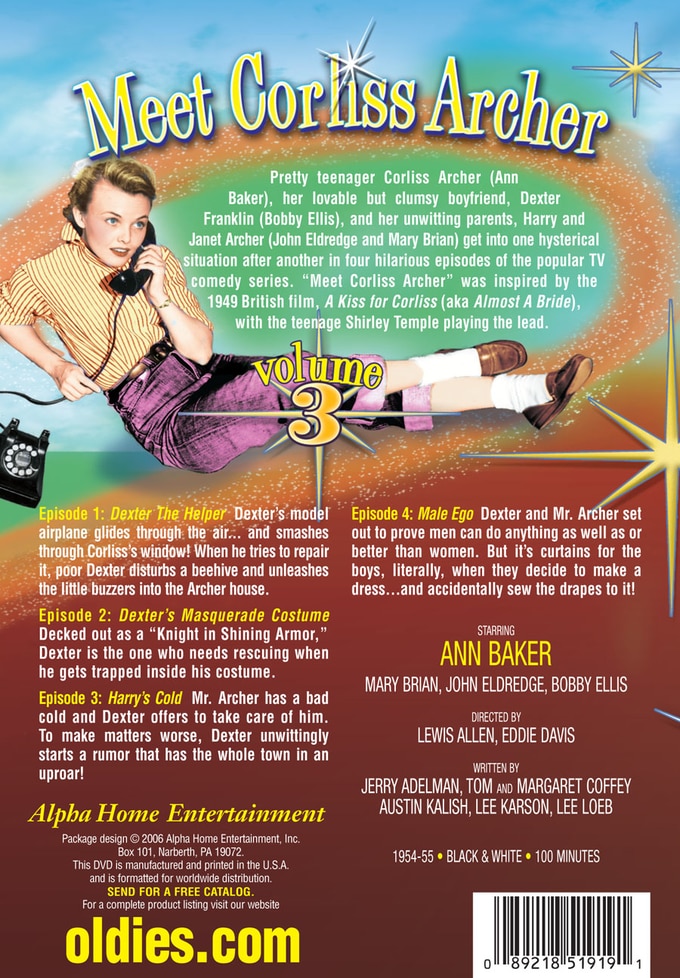 Pretty teenager Corliss Archer (Ann Baker), her lovable but clumsy boyfriend, Dexter Franklin (Bobby Ellis), and her unwitting parents, Harry and Janet Archer (John Eldredge and Mary Brian) get into one hysterical situation after another in four hilarious episodes of the popular TV comedy series. "Meet Corliss Archer" was inspired by the 1949 British film, A Kiss for Corliss (aka Almost A Bride), with the teenage Shirley Temple playing the lead.

Episode 1 - Dexter The Helper: Dexter's model airplane glides through the air... and smashes through Corliss's window! When he tries to repair it, poor Dexter disturbs a beehive and unleashes the little buzzers into the Archer house.

Episode 2 - Dexter's Masquerade: Costume Decked out as a "Knight in Shining Armor," Dexter is the one who needs rescuing when he gets trapped inside his costume.

Episode 3 - Harry's Cold: Mr. Archer has a bad cold and Dexter offers to take care of him. To make matters worse, Dexter unwittingly starts a rumor that has the whole town in an uproar!

Episode 4 - Male Ego: Dexter and Mr. Archer set out to prove men can do anything as well as or better than women. But it's curtains for the boys, literally, when they decide to make a dress...and accidentally sew the drapes to it!