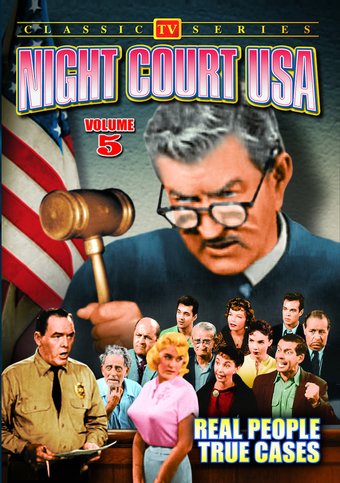 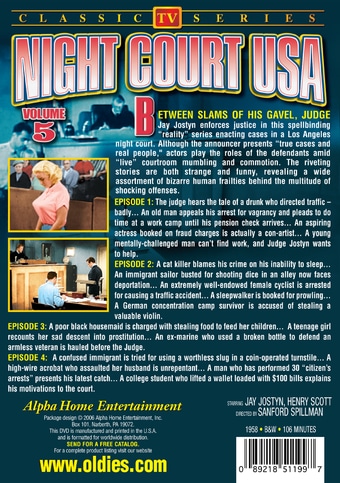 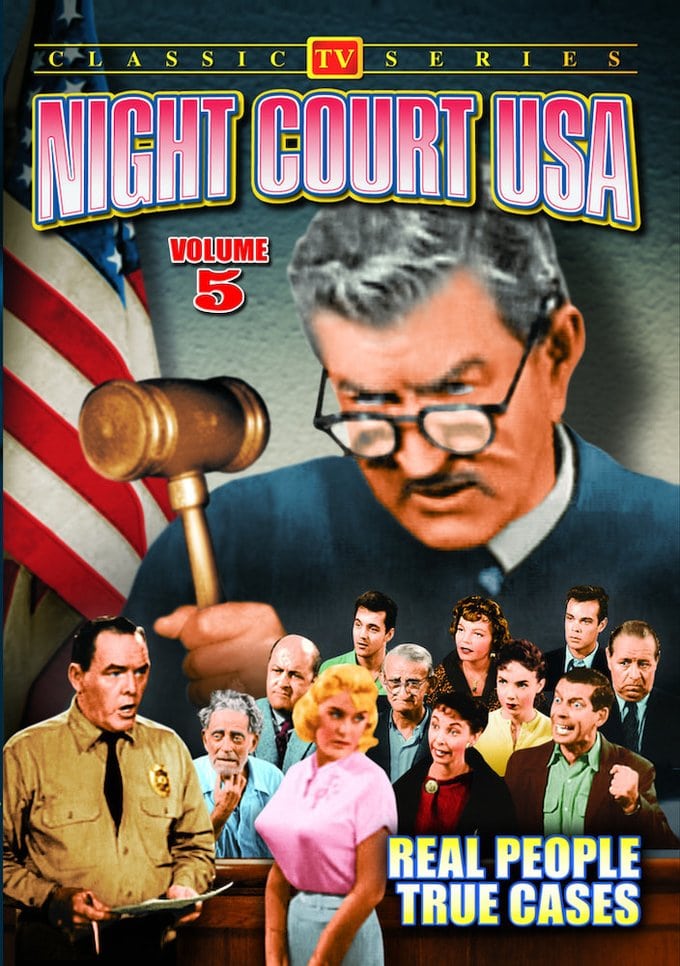 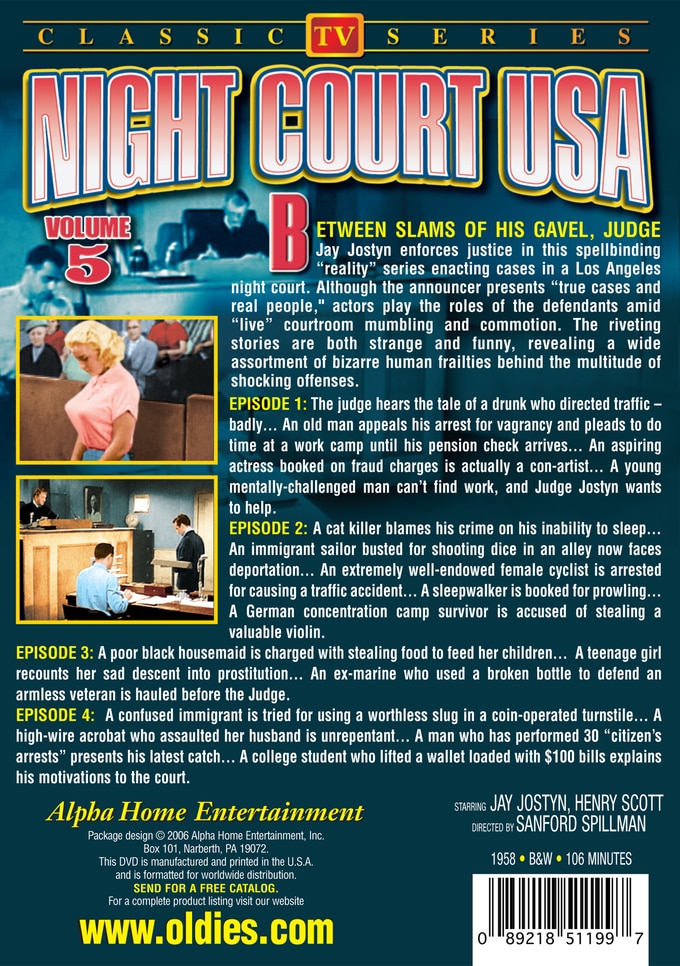 Episode 1: The judge hears the tale of a drunk who directed traffic: badly... An old man appeals his arrest for vagrancy and pleads to do time at a work camp until his pension check arrives... An aspiring actress booked on fraud charges is actually a con-artist... A young mentally-challenged man can't find work, and Judge Jostyn wants to help.

Episode 2: A cat killer blames his crime on his inability to sleep... An immigrant sailor busted for shooting dice in an alley now faces deportation... An extremely well-endowed female cyclist is arrested for causing a traffic accident... A sleepwalker is booked for prowling... A German concentration camp survivor is accused of stealing a valuable violin.

Episode 3: A poor black housemaid is charged with stealing food to feed her children... A teenage girl recounts her sad descent into prostitution... An ex-marine who used a broken bottle to defend an armless veteran is hauled before the Judge.

Episode 4: A confused immigrant is tried for using a worthless slug in a coin-operated turnstile... A high-wire acrobat who assaulted her husband is unrepentant... A man who has performed 30 "citizen's arrests" presents his latest catch... A college student who lifted a wallet loaded with $100 bills explains his motivations to the court.

This fascinating show from the 1950s was an early example of reality TV, with a dose of film noir thrown in for good measure. Judge Jay Jostyn presides over a wide variety of real cases, with the rest of the cast comprised of both actors and non-actors. This collection features four episodes.