"The Panther Claw" strikes terror in the hearts of his victims in this classic who-done-it. 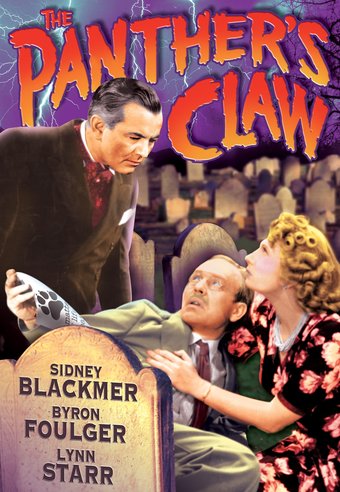 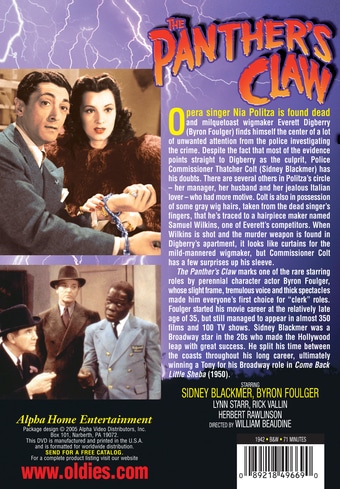 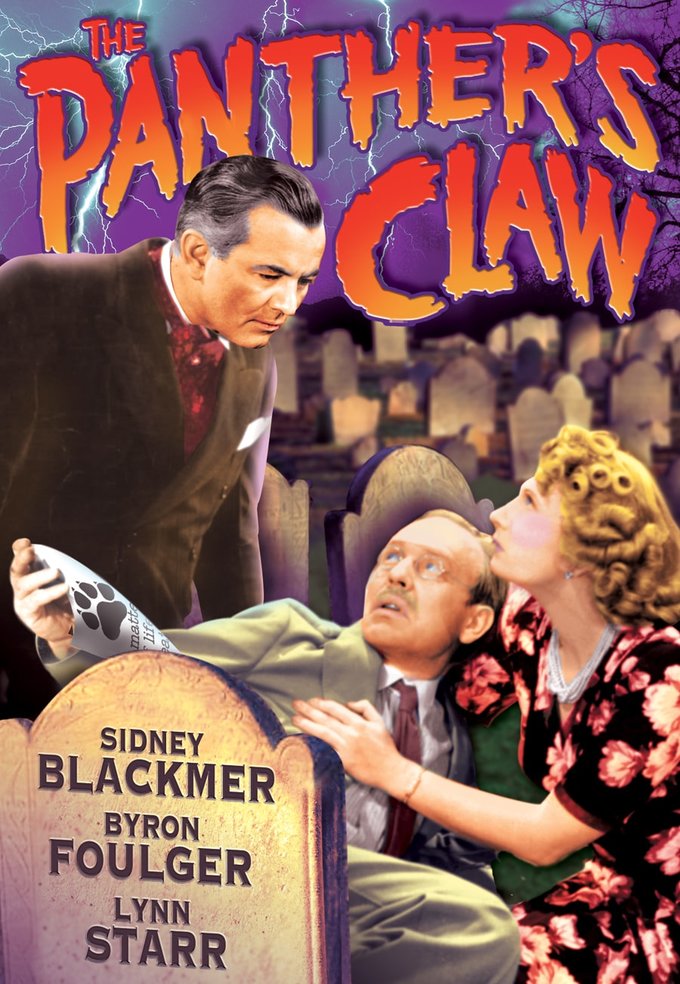 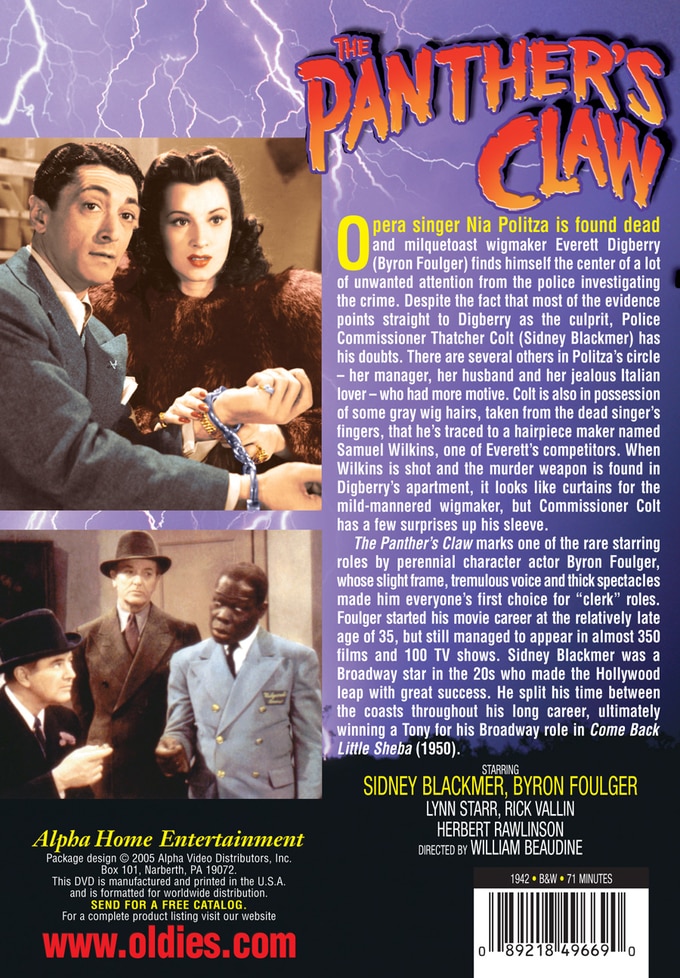 Opera singer Nia Politza is found dead and milquetoast wigmaker Everett Digberry (Byron Foulger) finds himself the center of a lot of unwanted attention from the police investigating the crime. Despite the fact that most of the evidence points straight to Digberry as the culprit, Police Commissioner Thatcher Colt (Sidney Blackmer) has his doubts. There are several others in Politza's circle - her manager, her husband and her jealous Italian lover - who had more motive. Colt is also in possession of some gray wig hairs, taken from the dead singer's fingers, that he's traced to a hairpiece maker named Samuel Wilkins, one of Everett's competitors. When Wilkins is shot and the murder weapon is found in Digberry's apartment, it looks like curtains for the mild-mannered wigmaker, but Commissioner Colt has a few surprises up his sleeve.

The Panther's Claw marks one of the rare starring roles by perennial character actor Byron Foulger, whose slight frame, tremulous voice and thick spectacles made him everyone's first choice for "clerk" roles. Foulger started his movie career at the relatively late age of 35, but still managed to appear in almost 350 films and 100 TV shows. Sidney Blackmer was a Broadway star in the 20s who made the Hollywood leap with great success. He split his time between the coasts throughout his long career, ultimately winning a Tony for his Broadway role in Come Back Little Sheba (1950).

A killer is on the loose in an opera company, and the foppish Foulger is the prime suspect.