The Phantom of 42nd Street

A wealthy theatrical backer is murdered and a police detective teams up with a drama critic to uncover the killer. 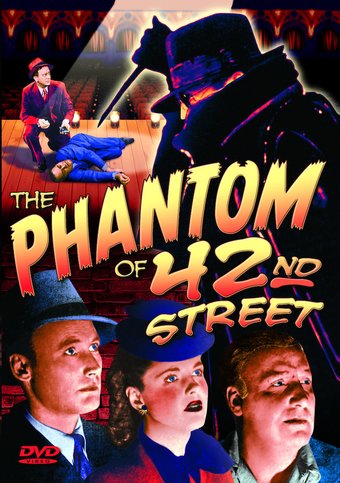 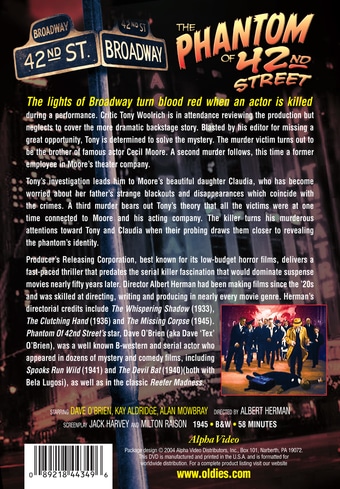 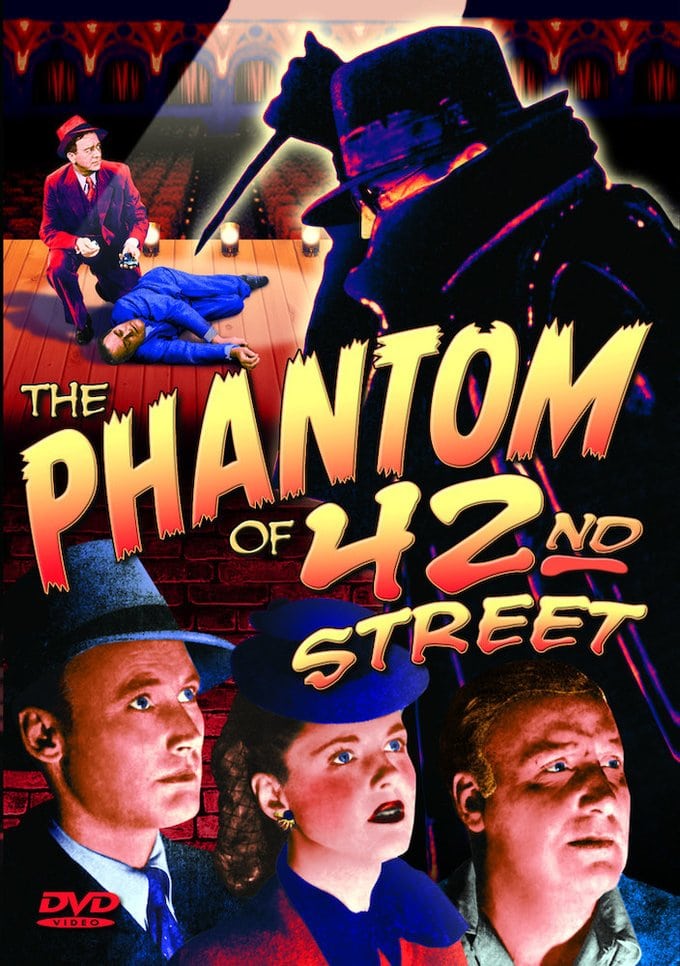 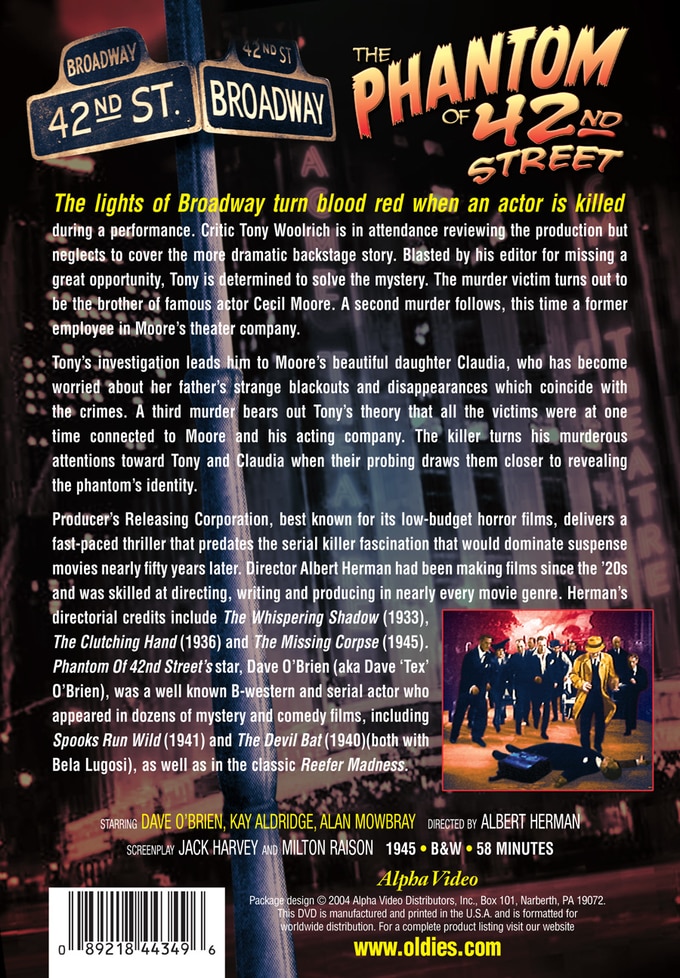 The lights of Broadway turn blood red when an actor is killed during a performance. Critic Tony Woolrich is in attendance reviewing the production but neglects to cover the more dramatic backstage story. Blasted by his editor for missing a great opportunity, Tony is determined to solve the mystery. The murder victim turns out to be the brother of famous actor Cecil Moore. A second murder follows, this time a former employee in Moore's theater company. Tony's investigation leads him to Moore's beautiful daughter Claudia, who has become worried about her father's strange blackouts and disappearances which coincide with the crimes. A third murder bears out Tony's theory that all the victims were at one time connected to Moore and his acting company. The killer turns his murderous attentions toward Tony and Claudia when their probing draws them closer to revealing the phantom's identity.

Producer's Releasing Corporation, best known for its low-budget horror films, delivers a fast-paced thriller that predates the serial killer fascination that would dominate suspense movies nearly fifty years later. Director Albert Herman had been making films since the '20s and was skilled at directing, writing and producing in nearly every movie genre. Herman's directorial credits include The Whispering Shadow (1933), The Clutching Hand (1936) and The Missing Corpse (1945). Phantom Of 42nd Street's star, Dave O'Brien (aka Dave 'Tex' O'Brien), was a well known B-western and serial actor who appeared in dozens of mystery and comedy films, including Spooks Run Wild (1941) and The Devil Bat (1940)(both with Bela Lugosi), as well as in the classic Reefer Madness.

A hero must discover the identity of a backstage murderer in this PRC thriller.

Revolt of the Zombies
$10
Add to Cart