An old codger vows to locate the long lost son and heir to his best friend's fortune. 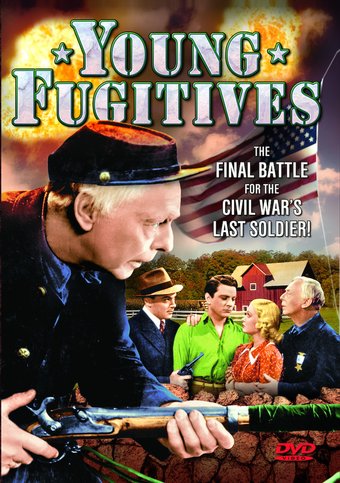 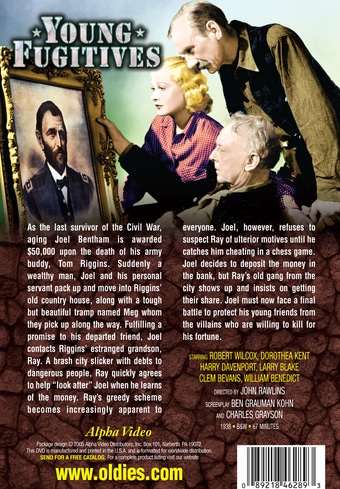 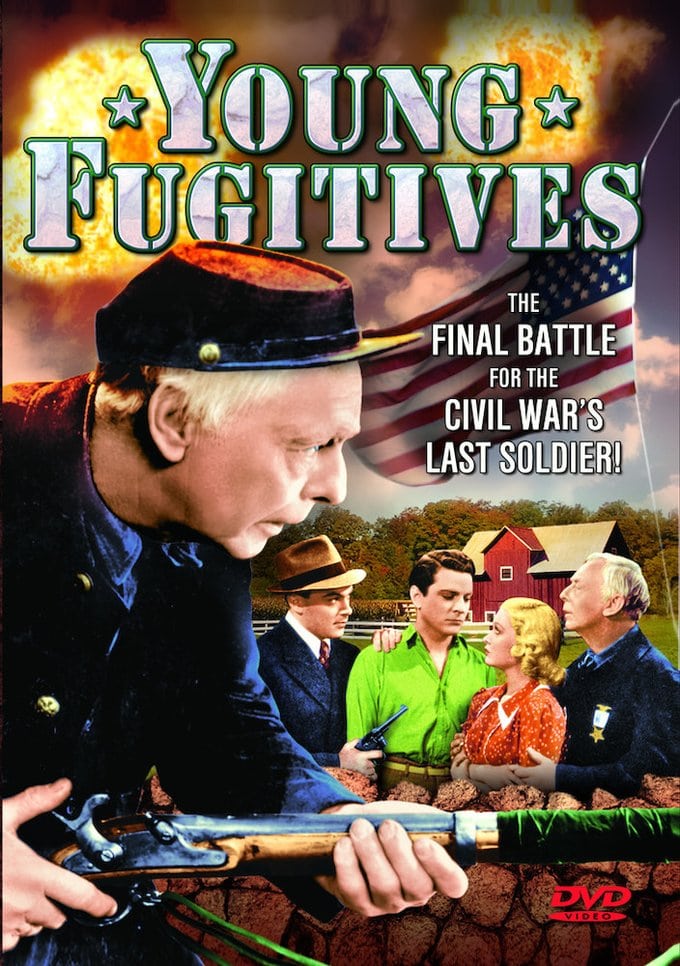 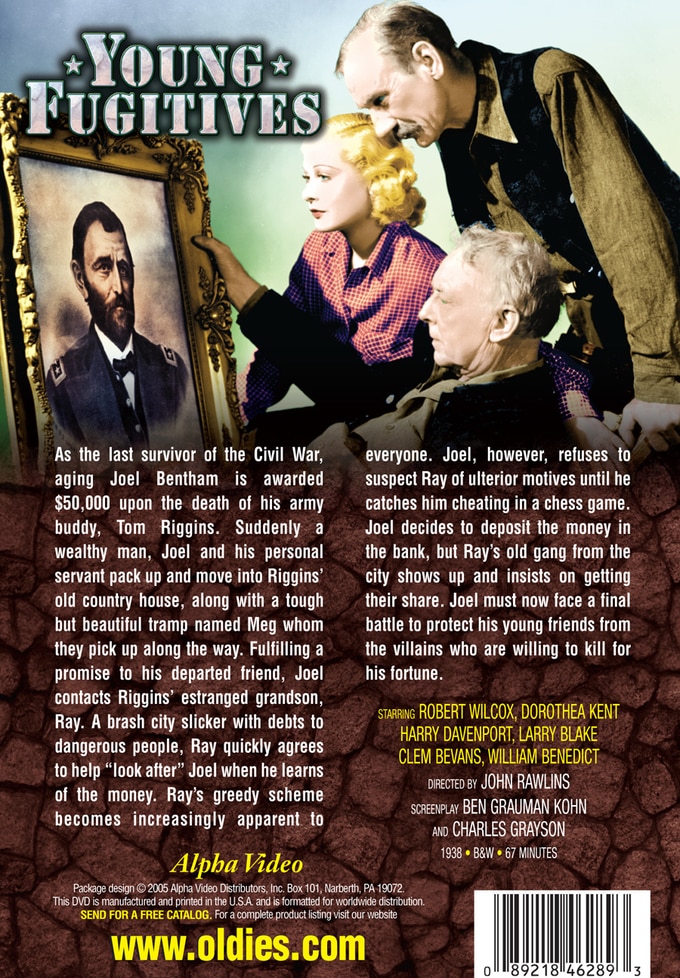 As the last survivor of the Civil War, aging Joel Bentham is awarded $50,000 upon the death of his army buddy, Tom Riggins. Suddenly a wealthy man, Joel and his personal servant pack up and move into Riggins' old country house, along with a tough but beautiful tramp named Meg whom they pick up along the way. Fulfilling a promise to his departed friend, Joel contacts Riggins' estranged grandson, Ray. A brash city slicker with debts to dangerous people, Ray quickly agrees to help "look after" Joel when he learns of the money. Ray's greedy scheme becomes increasingly apparent to everyone. Joel, however, refuses to suspect Ray of ulterior motives until he catches him cheating in a chess game. Joel decides to deposit the money in the bank, but Ray's old gang from the city shows up and insists on getting their share. Joel must now face a final battle to protect his young friends from the villains who are willing to kill for his fortune.

Based on a short story by Edward James, YOUNG FUGITIVES actually centers around an elderly man, Civil War veteran Joel Bentham. As the only surviving soldier of that brutal war, Bentham is given a government gift of $50,000. Soon, his home is flooded with new "friends" who shower him with suggestions about where to spend this hefty sum. While the old veteran sticks to his guns and gives generously to help those less fortunate, he is soon charmed by the mysterious grandson of a dead war buddy, who secretly plans to rob him. Harry Davenport, a popular screen star of the 1930s and 1940s, stars as the kind old Veteran.

Customer Rating:
Based on 68 ratings.


Many a film has been made about an old timer beating people out to get his money. This one makes the hero the last Civil War veteran and this adds a delightful new twis. Not great but fun.