An American stunt pilot faces international intrigue in the orient. 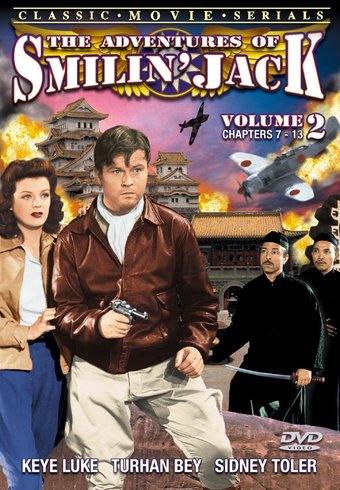 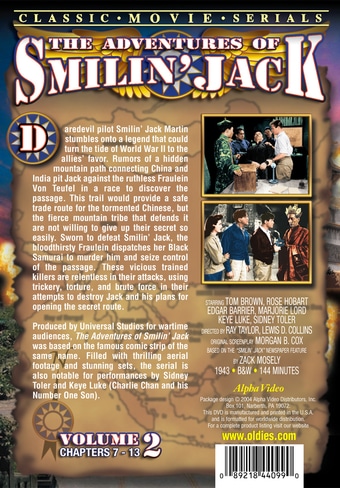 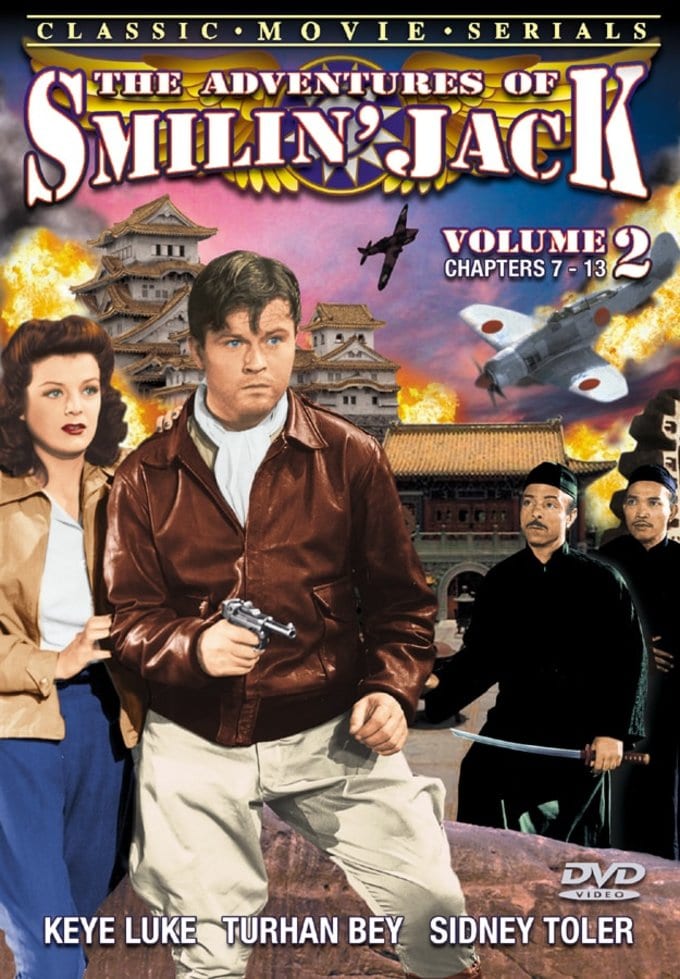 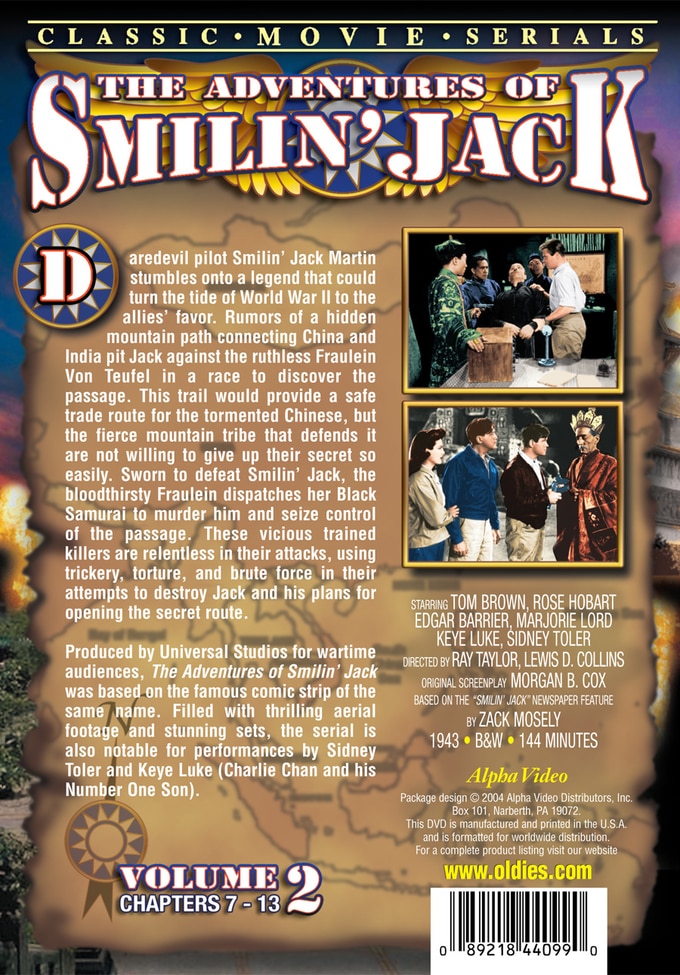 Daredevil pilot Smilin' Jack Martin stumbles onto a legend that could turn the tide of World War II to the allies' favor. Rumors of a hidden mountain path connecting China and India pit Jack against the ruthless Fraulein Von Teufel in a race to discover the passage. This trail would provide a safe trade route for the tormented Chinese, but the fierce mountain tribe that defends it are not willing to give up their secret so easily. Sworn to defeat Smilin' Jack, the bloodthirsty Fraulein dispatches her Black Samurai to murder him and seize control of the passage. These vicious trained killers are relentless in their attacks, using trickery, torture, and brute force in their attempts to destroy Jack and his plans for opening the secret route.

Produced by Universal Studios for wartime audiences, The Adventures of Smilin' Jack was based on the famous comic strip of the same name. Filled with thrilling aerial footage and stunning sets, the serial is also notable for performances by Sidney Toler and Keye Luke (Charlie Chan and his Number One Son).

Zack Moseley's famous comic-strip character comes roaring to life in this thrill-packed serial. Daredevil stunt pilot Smilin' Jack Martin takes on the air war in China during the darkest days of WWII. Chapters one through six are included.

Superheroes | World War II | Serial
This product is made-on-demand by the manufacturer using DVD-R recordable media. Almost all DVD players can play DVD-Rs (except for some older models made before 2000) - please consult your owner's manual for formats compatible with your player. These DVD-Rs may not play on all computers or DVD player/recorders. To address this, the manufacturer recommends viewing this product on a DVD player that does not have recording capability.