Brave G-men fight a massive crime-wave that grips the city. 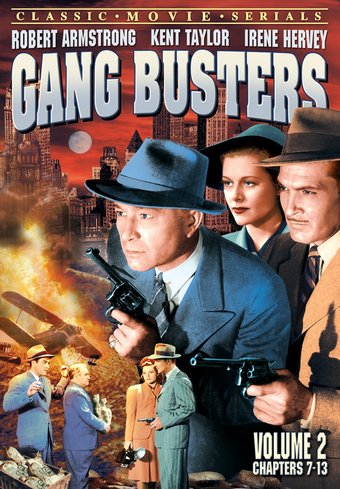 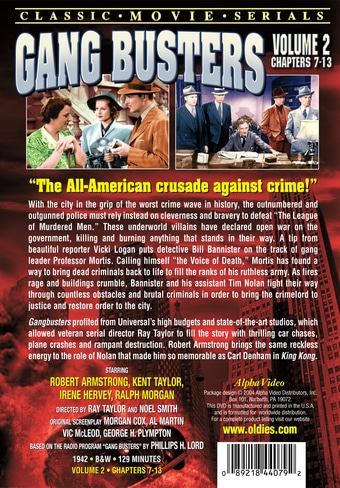 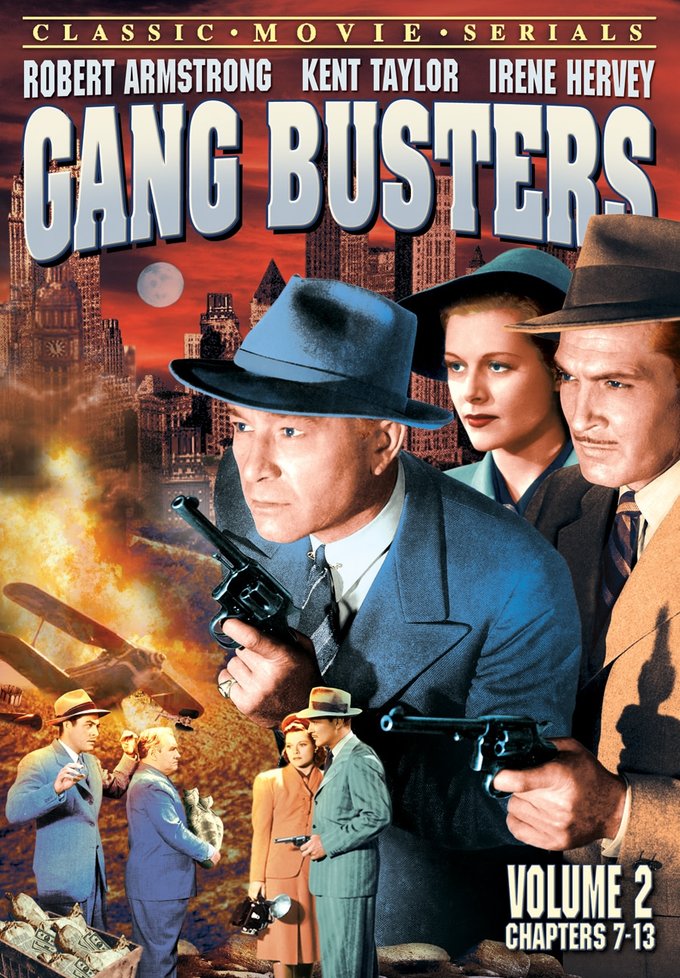 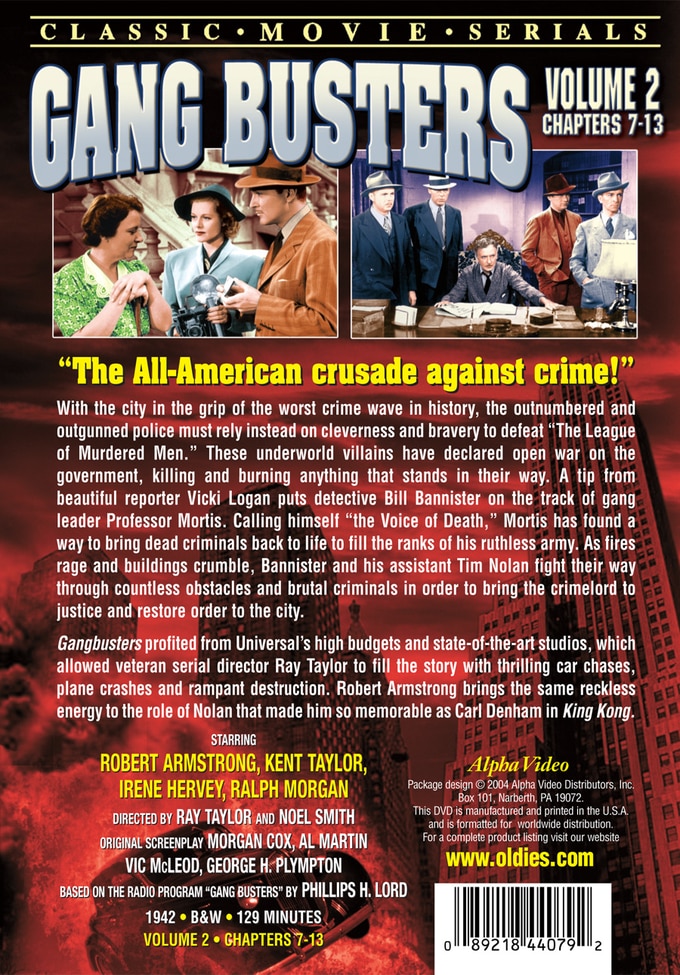 "The All-American crusade against crime! With the city in the grip of the worst crime wave in history, the outnumbered and outgunned police must rely instead on cleverness and bravery to defeat "The League of Murdered Men." These underworld villains have declared open war on the government, killing and burning anything that stands in their way. A tip from beautiful reporter Vicki Logan puts detective Bill Bannister on the track of gang leader Professor Mortis. Calling himself "the Voice of Death," Mortis has found a way to bring dead criminals back to life to fill the ranks of his ruthless army. As fires rage and buildings crumble, Bannister and his assistant Tim Nolan fight their way through countless obstacles and brutal criminals in order to bring the crimelord to justice and restore order to the city.

Gang Busters profited from Universal's high budgets and state-of-the-art studios, which allowed veteran serial director Ray Taylor to fill the story with thrilling car chases, plane crashes and rampant destruction. Robert Armstrong brings the same reckless energy to the role of Nolan that made him so memorable as Carl Denham in King Kong.

Street-savvy G-men go on a mission to confront a massive crime-spree that invades the city. Included here are chapters seven through thirteen.

Crime
This product is made-on-demand by the manufacturer using DVD-R recordable media. Almost all DVD players can play DVD-Rs (except for some older models made before 2000) - please consult your owner's manual for formats compatible with your player. These DVD-Rs may not play on all computers or DVD player/recorders. To address this, the manufacturer recommends viewing this product on a DVD player that does not have recording capability.

19%off
Daredevils of the Red Circle
$16.20 Super Savings
Add to Cart