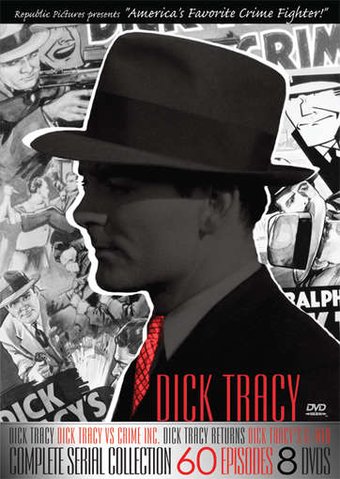 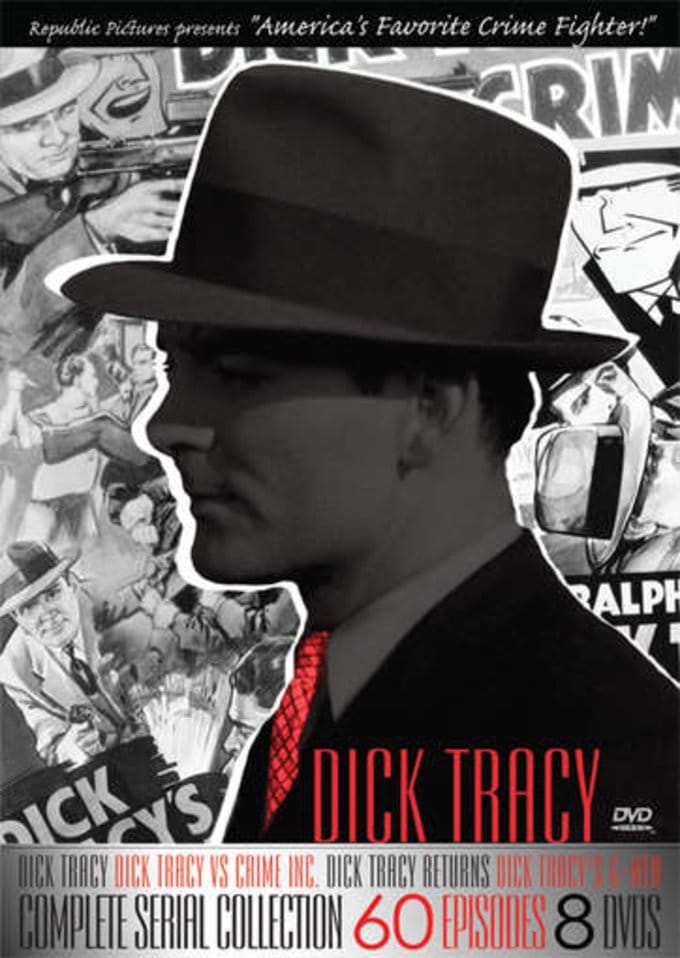 A special collection of all 4 action-packed serials produced by Republic Pictures, based on the famous cartoon strip by Chester Gould and featuring America's favorite crime stopper! DICK TRACY: This was the initial entry of the Dick Tracy serials from Republic Pictures in 1937. In this super thriller, a clubfooted criminal known only as the Lame One masterminds a war on G-men. (290 minutes, B&W, NR, 1937) DICK TRACY RETURNS: Pa Stark (Charles Middleton, Ming the Merciless of FLASH GORDON fame) and his five criminal sons are holding America in a grip of terror. It is up to Dick Tracy and his G-Men to bring the ruthless Starks to justice in a thrill-packed chapter play. (254 minutes, B&W, NR, 1938) DICK TRACY'S G-MEN: Master spy Nicholas Zarnoff is sentenced to die in the gas chamber but cheats death and escapes. Dick Tracy is assigned the task of tracking down Zarnoff and bringing him to justice. (263 minutes, B&W, NR, 1939) DICK TRACY VS CRIME INC: In this action-packed chapter play, Tracy battles the Ghost, a fiendish master criminal who has the ability to make himself invisible. One of the Ghost's less savory ambitions is to wipe out New York City with a gigantic tidal wave. (263 minutes, B&W, NR, 1941)

19%off
Daredevils of the Red Circle
$16.20 Super Savings
Add to Cart