Winners of the West

HEROES OF THE IRON HORSE!...Daring redskins and renegades to blaze the rail trail to the West! 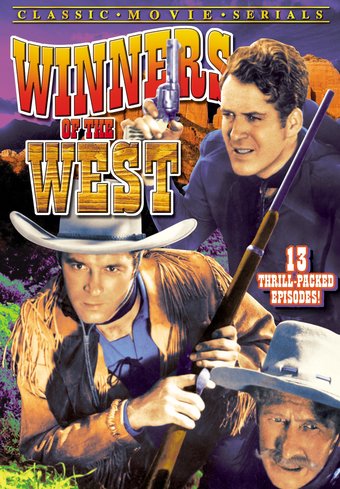 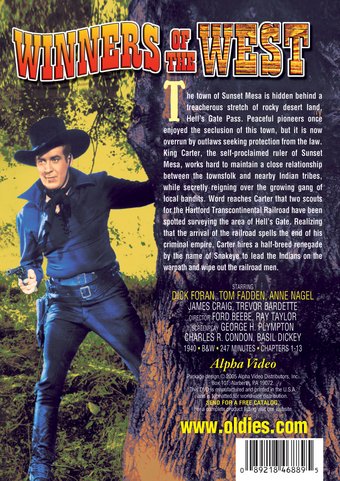 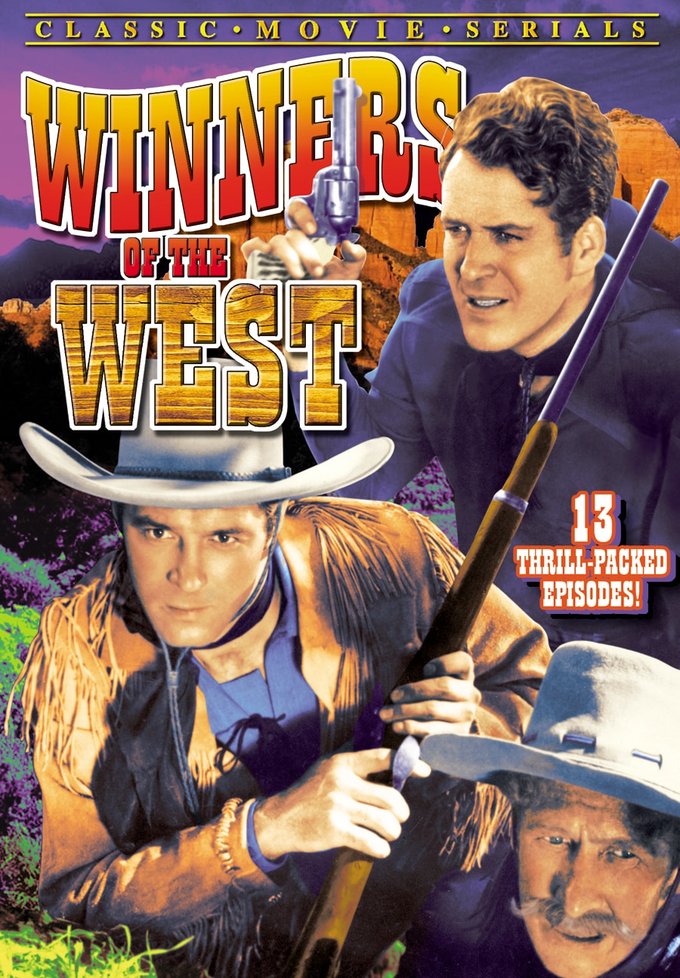 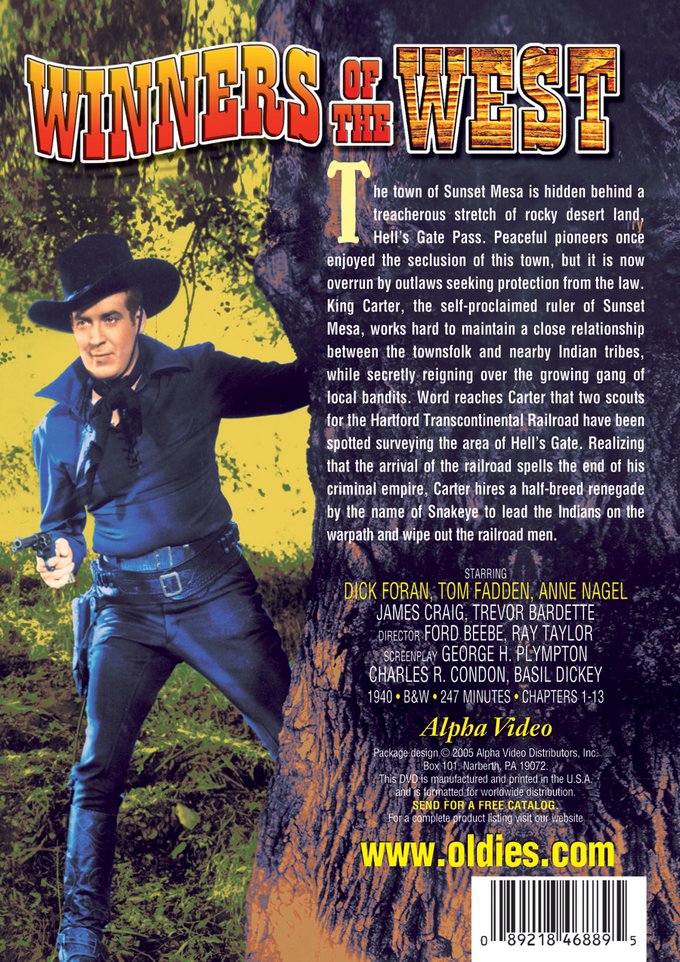 The town of Sunset Mason is hidden behind a treacherous stretch of rocky desert land, Hell's Gate Pass. Peaceful pioneers once enjoyed the seclusion of this town, but it is now overrun by outlaws seeking protection from the law. King Carter, the self-proclaimed ruler of Sunset Mason, works hard to maintain a close relationship between the townsfolk and nearby Indian tribes, while secretly reigning over the growing gang of local bandits. Word reaches Carter that two scouts for the Hartford Transcontinental Railroad have been spotted surveying the area of Hell's Gate. Realizing that the arrival of the railroad spells the end of his criminal empire, Carter hires a half-breed renegade by the name of Snakeye to lead the Indians on the warpath and wipe out the railroad men.

Dick Foran stars as Jeff Ramsay, a cowboy destined to help see through the construction of the Hartford Transcontinental Railraod. If King Carter had anything to do with, however the construction of the massive but helpful structure will not become a reality. In order to thwart the efforts of Jeff Ramsay and his crew, Carter hires a half breed to lead the Indians' raid on the building sites. Throughout this 13-chapter serial, hero Jeff Ramsay counters Carters every move in order to insure safe and easy construction.

Action | Indians | Vintage | Serial | Trains | Train Adventures | Railroads
This product is made-on-demand by the manufacturer using DVD-R recordable media. Almost all DVD players can play DVD-Rs (except for some older models made before 2000) - please consult your owner's manual for formats compatible with your player. These DVD-Rs may not play on all computers or DVD player/recorders. To address this, the manufacturer recommends viewing this product on a DVD player that does not have recording capability.