The masked hero fights a villain who plots to conquer the west in twelve thrilling chapters. 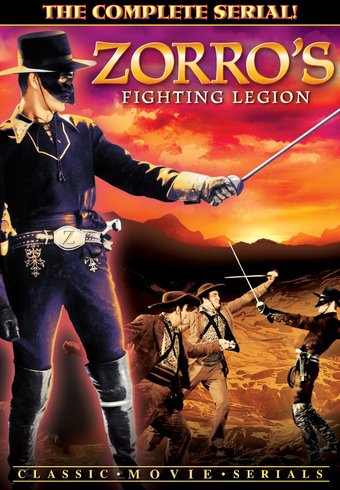 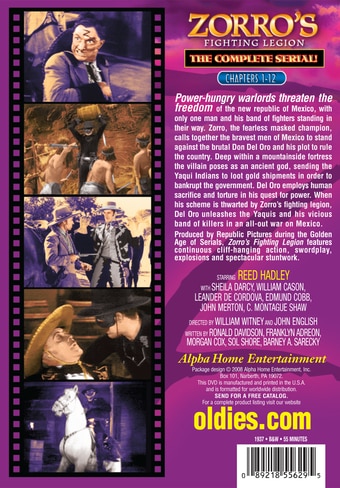 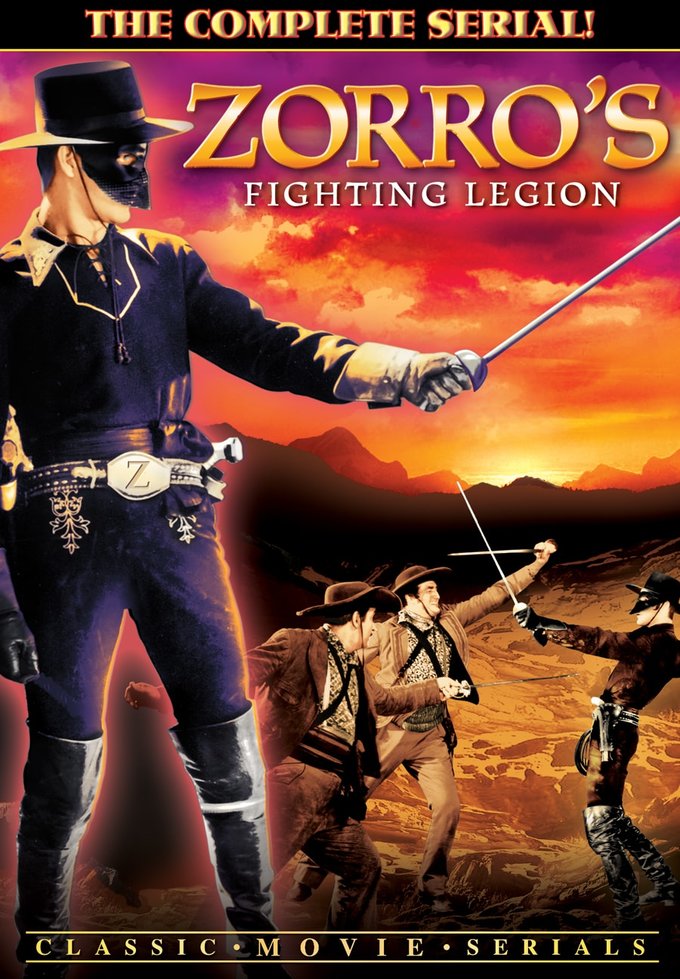 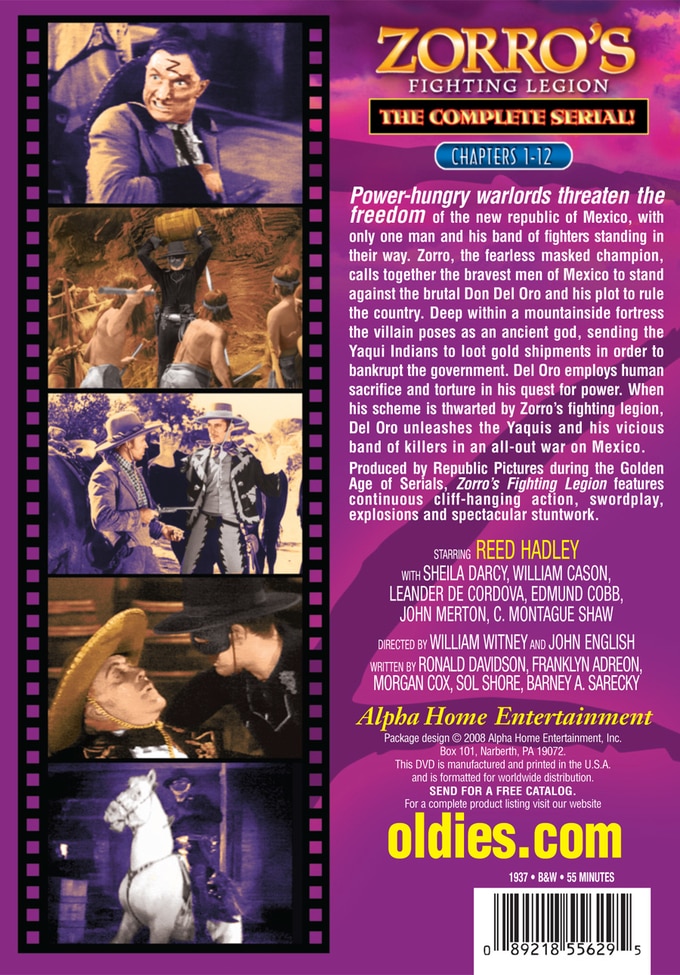 Power-hungry warlords threaten the freedom of the new republic of Mexico, with only one man and his band of fighters standing in their way. Zorro, the fearless masked champion, calls together the bravest men of Mexico to stand against the brutal Don Del Oro and his plot to rule the country. Deep within a mountainside fortress the villain poses as an ancient god, sending the Yaqui Indians to loot gold shipments in order to bankrupt the government. Del Oro employs human sacrifice and torture in his quest for power. When his scheme is thwarted by Zorro's fighting legion, Del Oro unleashes the Yaquis and his vicious band of killers in an all-out war on Mexico.

In this thrilling serial, Zorro, the masked avenger, comes face to face with his most brutal foe yet--the warlord Don Del Oro. From his stronghold in the mountains, Del Oro plots to dominate the Indian population for his own gains by posing as an ancient god! It's up to Zorro to put an end to Del Oro's evil ways and restore law and order.

Adventure | Serial | Mexico | Adventurers
This product is made-on-demand by the manufacturer using DVD-R recordable media. Almost all DVD players can play DVD-Rs (except for some older models made before 2000) - please consult your owner's manual for formats compatible with your player. These DVD-Rs may not play on all computers or DVD player/recorders. To address this, the manufacturer recommends viewing this product on a DVD player that does not have recording capability.

Customer Rating:
Based on 577 ratings.


The rich voice of Reed Hadley adds greatly to the character of Zorro. Wonderful action throughout the enitre serial, not just boring non stop fist fights. Fantastic musical score. One of the best overall serials.


Republic Pictures made the best serials and this is one of their very best efforts. Reed Hadley is a wonderful Zorro, his rich baritone an amusing contrast with his affected falsetto as the foppish Don Diego. The scenes in which the blundering Don Diego foils the bad guys by "accident" are a highlight.

The mad mystery villain pretends to be a metallic Yaqui god, Don Del Oro, come to life. His plan is to lead a revolt to overthrow Juarez and take over Mexico.

The action is handled by Yakima Canutt and is top drawer all the way with some creative. exciting, and unusual cliffhangers.

All in all, a great hero and an even greater villain, plus a good mystery and terrific action, make this a strong contender for the best serial ever made.