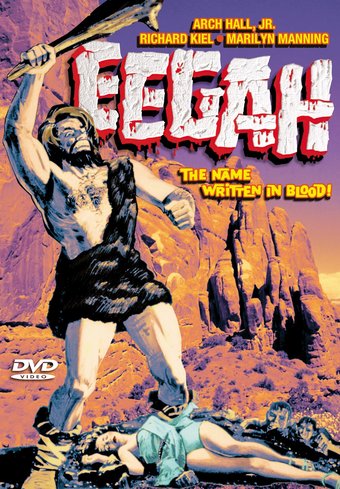 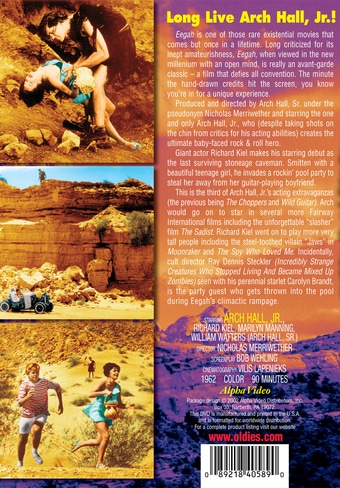 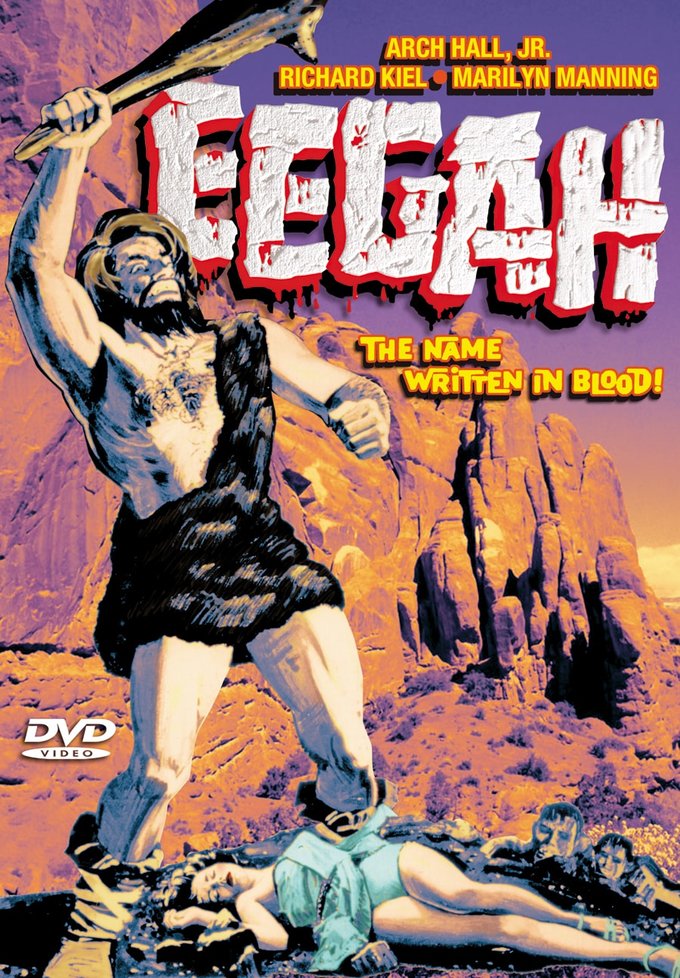 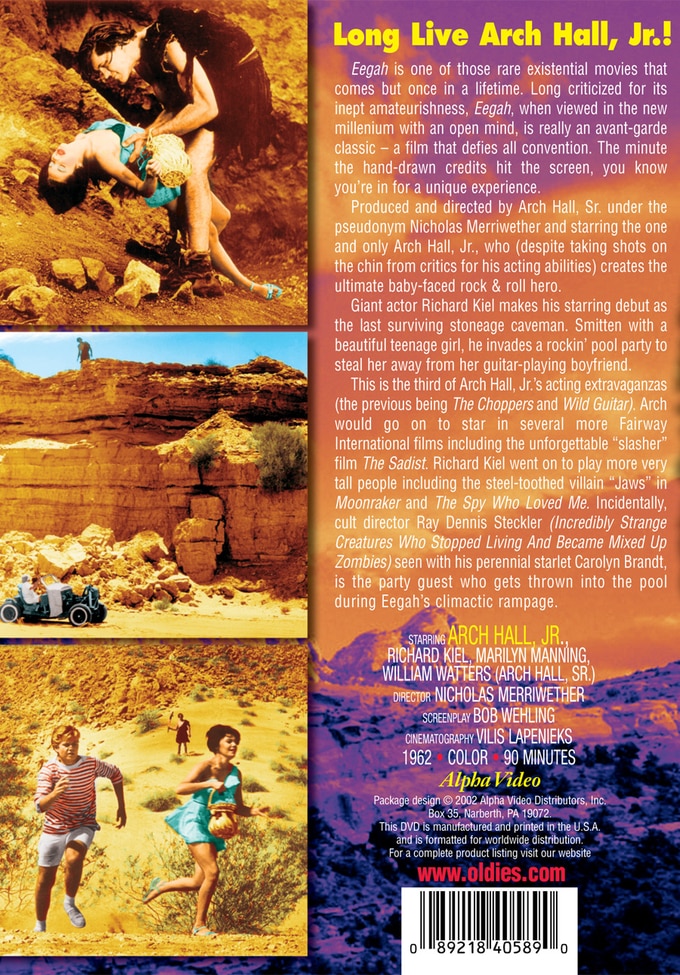 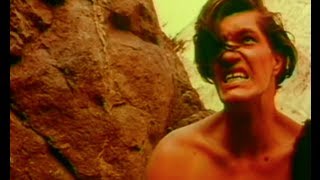 Eegah is one of those rare existential movies that comes but once in a lifetime. Long criticized for its inept amateurishness, Eegah, when viewed in the new millenium with an open mind, is really an avant-garde classic - a film that defies all convention. The minute the hand-drawn credits hit the screen, you know you're in for a unique experience. Produced and directed by Arch Hall, Sr. under the pseudonym Nicholas Merriwether and starring the one and only Arch Hall, Jr., who (despite taking shots on the chin from critics for his acting abilities) creates the ultimate baby-faced rock & roll hero. Giant actor Richard Kiel makes his starring debut as the last surviving stoneage caveman. Smitten with a beautiful teenage girl, he invades a rockin' pool party to steal her away from her guitar-playing boyfriend. This is the third of Arch Hall, Jr.'s acting extravaganzas (the previous being The Choppers and Wild Guitar). Arch would go on to star in several more Fairway International films including the unforgettable "slasher" film The Sadist. Richard Kiel went on to play more very tall people including the steel-toothed villain "Jaws" in Moonraker and The Spy Who Loved Me. Incidentally, cult director Ray Dennis Steckler (Incredibly Strange Creatures Who Stopped Living And Became Mixed Up Zombies) seen with his perennial starlet Carolyn Brandt, is the party guest who gets thrown into the pool during Eegah's climactic rampage.

A sexy blonde teeny-bopper falls in love with a million-year-old troglodyte she and friends find living in the desert. A cult camp classic.

From the annuals of shlock horror comes this gem, a stone age man trapped in modern-day California who finds love.

Cult Film | Monsters | Prehistoric | Teenage
This product is made-on-demand by the manufacturer using DVD-R recordable media. Almost all DVD players can play DVD-Rs (except for some older models made before 2000) - please consult your owner's manual for formats compatible with your player. These DVD-Rs may not play on all computers or DVD player/recorders. To address this, the manufacturer recommends viewing this product on a DVD player that does not have recording capability.

Customer Rating:
Based on 8139 ratings.


Did any performer ever have the complete package like Arch Hall, Jr? I mean, that singing, that smooth way with a line, the effect on women....to quote the great man himself "wowee wowee wow!" This is one of the great films, period.


Odds are you're checking out these movies because you're like me, you like B movies. Here's another good one; very 60's, lame acting and leaves you with the question "who said 'watch out for snakes'?" Richard Kiel is Eegah, who was also in Happy Gilmore. Not a lot to say about this one, but it is a goofy movie that's worth at least one viewing.


I first saw this movie on the TV show MST3K and thought the film itself wasn't too bad. Some scenes that were meant to be more humorous were kind of lame, but the rest of the movie was fun. It still has the best line ever, "Watch out for snakes!"