I Accuse My Parents

In this over-the-top forties' exploitation film, a teenager who gets mixed up with a bad crowd is arrested and accused of anti-social activity. 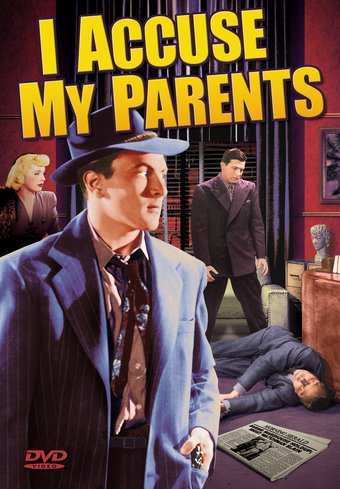 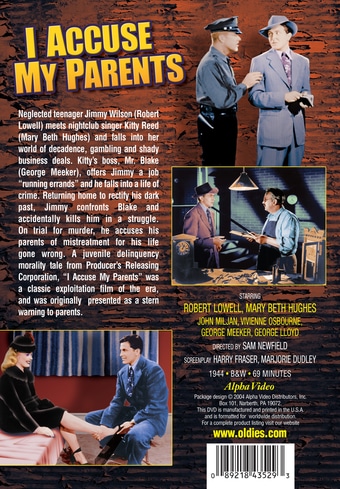 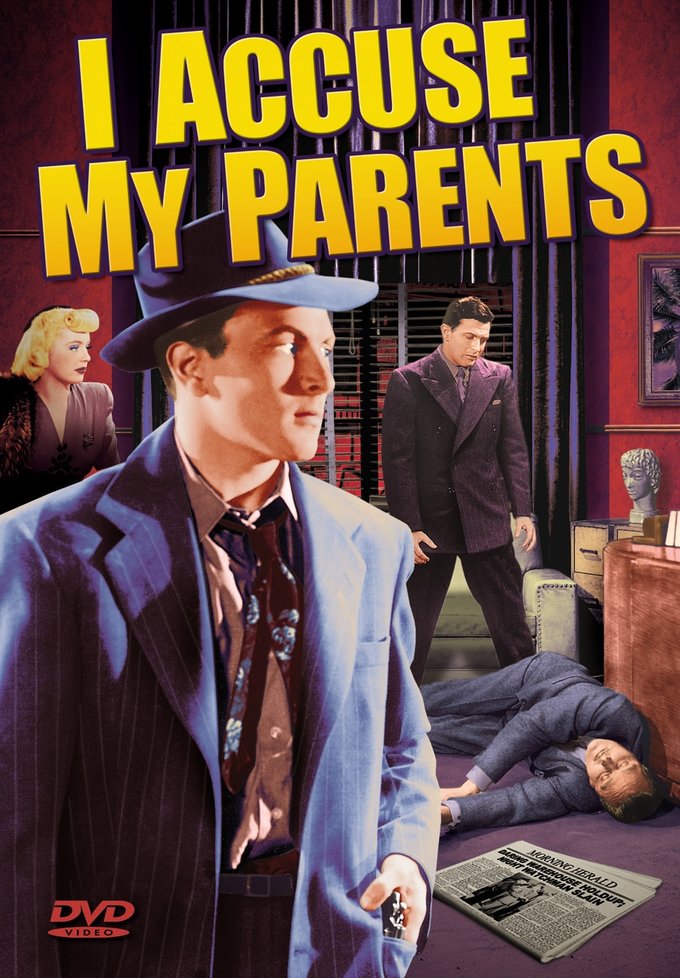 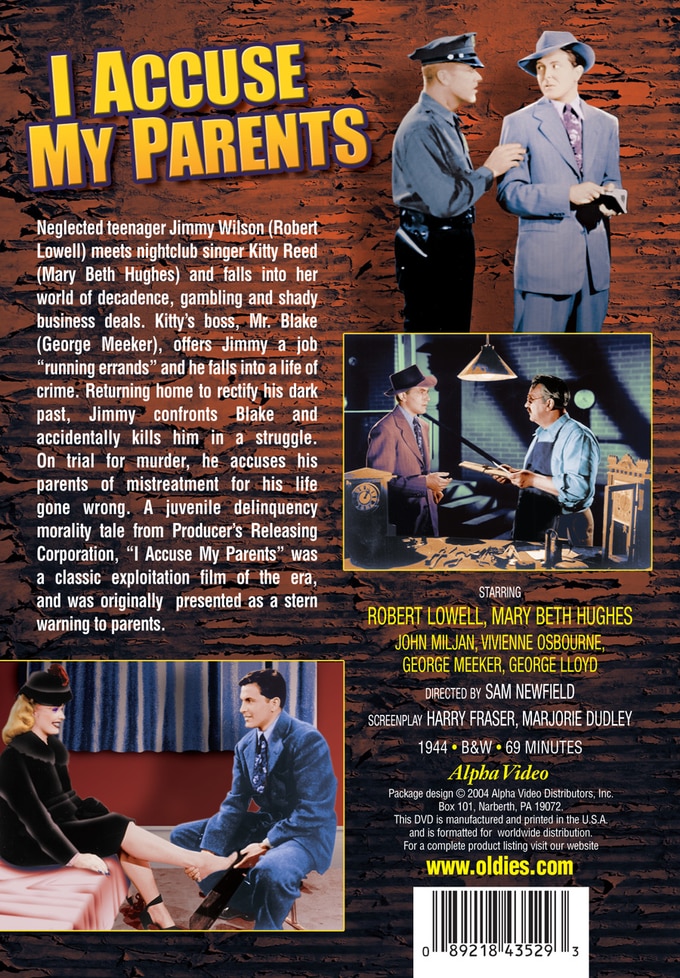 Neglected teenager Jimmy Wilson (Robert Lowell) meets nightclub singer Kitty Reed (Mary Beth Hughes) and falls into her world of decadence, gambling and shady business deals. Kitty's boss, Mr. Blake (George Meeker), offers Jimmy a job "running errands" and he falls into a life of crime. Returning home to rectify his dark past, Jimmy confronts Blake and accidentally kills him in a struggle. On trial for murder, he accuses his parents of mistreatment for his life gone wrong. A juvenile delinquency morality tale from Producer's Releasing Corporation (PRC), I Accuse My Parents was a classic exploitation film of the era, and was originally presented as a stern warning to parents.

This pious potboiler finds exactly who is to blame for a juvenile delinquency: Mom and Dad! A shameless exploitation film.