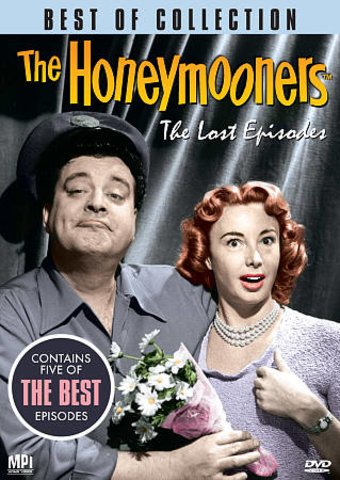 In the mid-1980s, a series of 30-minute HONEYMOONERS installments ran on American cable television that weren't a part of the program's original 39-episode run. Though billed as "Lost Episodes," the material originally ran as a series of Ralph Kramden sketches on THE JACKIE GLEASON SHOW from 1952-57. Gleason licensed the sketches to the Showtime premium cable service, and the network then edited the material into 30-minute installments that broadcast in 1984 and '85. Five of those "Lost Episodes" appear in this box set: PRINCIPLE OF THE THING, A WEIGHTY PROBLEM, A LITTLE MAN WHO WASN'T THERE, SONGWRITERS and STAND IN FOR MURDER.

17%off
The Honeymooners: Fan Favorites
$8.30 Super Savings
Add to Cart