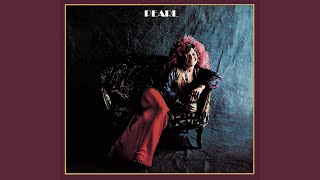 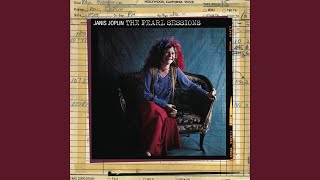 Rolling Stone - 10/31/02, p.135
Ranked #7 in Rolling Stone's "Women In Rock: The 50 Essential Albums" - "...Joplin helped invent modern country rock..."
Rolling Stone - 2/18/71, p.48
"...The voice cut off was clearly in its prime...there is every indication that Janis was working toward a new maturity and confidence....With PEARL it's a case of a conscious attempt to make something of Janis' talent; simply having it won't do anymore..."
Rolling Stone - 9/30/99, p.90
4.5 stars out of 5 - "...a poignancy that is as undeniable now as it was upon its posthumous release....'Me and Bobby McGee' is her greatest studio recording....frightening beauty..."
Q - 11/99, p.156
4 stars out of 5 - "...her most fully formed [album]. Joplin was working with excellent musicians who raised her game accordingly....her voice has a new control and fluidity..."
Uncut - p.128
4 stars out of 5 - "PEARL was Joplin's most mature and diverse collection and suggested there was no limit to where she might have taken that extraordinary voice."
Dirty Linen - p.55
"[A]n instant classic, featuring some of Joplin's most mature and well-played material..."
Mojo (Publisher) - p.122
4 stars out of 5 - "[With] tight, Stax-influenced arrangements."

2 LPs on 1 CD: GOLDEN HIGHLIGHTS (1988)/PEARL (1970).
Janis Joplin's PEARL, from 1971, is a bluesy, organ-drenched benediction for the flower-child sound of the free-and-easy 60's. It is also one of great singer's most consistent and representative efforts. Gone are the ear-shattering sonics of Big Brother and the Holding Company, and Full Tilt Boogie, the backing band here, steps in to offer a degree of polish and control that frames Joplin's vocals nicely. Yet the band still grooves hard with the fierceness her voice demands. Guitarist John Till's riffs, chords, and solos, in particular, are exciting and tightly executed.
"A Woman Left Lonely" and Bobby Womack's "Trust Me" are rain-on-the-windows ballads that come alive with Joplin's gritty vocal brilliance, while the burbling "Move Over" and "Half Moon" are among her funkiest, most driving cuts. The dramatic "Cry Baby" is offset by the tongue-in-cheek a cappella number "Mercedes Benz," while Joplin's version of Kris Kristofferson's "Me and Bobby McGee" went on to become her signature song. Joplin died during the sessions for PEARL, making these tracks the final word on her towering talent and a superb addition to her enduring legacy.