Henry Fonda stars in this nontraditional Western based on E.L. Doctorow's novel as broken-down sheriff Will Blue, who tries to defend his town from a mysterious outlaw. 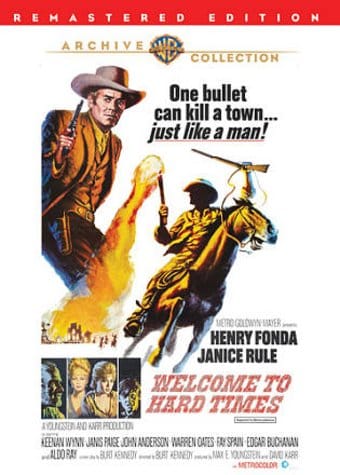 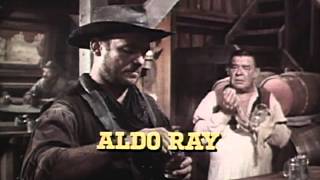 E.L. Doctorow's nontraditional Western comes to life in this 1967 adaptation from director Burt Kennedy and Henry Fonda. Fonda stars as aging sheriff Will Blue who finds his resolve faltering in the face of unrepentant evil. A nameless drifter (Aldo Ray as the 'Man from Bodie') terrorizes the aptly named town of Hard Times, freely killing, and raping. Finally, he decides to burn the town down as a parting gift and a reminder of their sheriff's inability to protect it. Vowing to rebuild the town to atone for his cowardice, Will rallies the few remaining residents around when another stranger arrives, bringing a brothel full of new life to the town. And then the Man from Bodie decides it's time for another visit.

Long before he scored with the epic RAGTIME, novelist E.L. Doctorow wrote a minor novel upon which this stark 1967 film is based. It was adapted for the screen by veteran western director Burt Kennedy. In a forlorn town called Hard Times in the Old West, a cowardly mayor, Will Blue (Henry Fonda), does little to protect the citizens from the rampages of a ruthless criminal known as The Man from Bodie (Aldo Ray). The cold-blooded killer gets away with murder -- and then he burns down the town as he leaves. The citizens rebuild, and a newcomer named Zar (Keenan Wynn) injects some life into the desolate place by opening a saloon that attracts a bevy of interesting women, including Molly Riordan (Janice Rule) and Adah (Janice Paige). However, things again look bleak when The Man from Bodie returns to town.

Adventure | Spies | Cowboys | Outlaws | Espionage | Spy | Small Towns | Old West
This product is made-on-demand by the manufacturer using DVD-R recordable media. Almost all DVD players can play DVD-Rs (except for some older models made before 2000) - please consult your owner's manual for formats compatible with your player. These DVD-Rs may not play on all computers or DVD player/recorders. To address this, the manufacturer recommends viewing this product on a DVD player that does not have recording capability.