A teenage girl is humanity's only hope in a post-apocalyptic irradiated zombie wasteland./Two hitmen entertain themselves with gruesome stories in this horror anthology filled with gross-out humor. 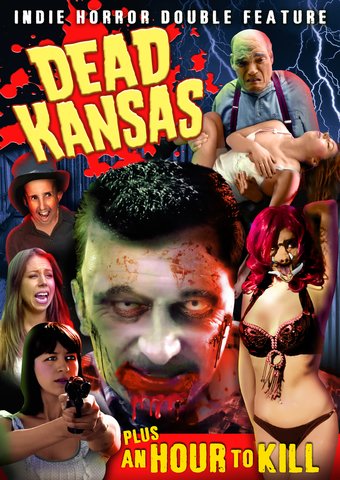 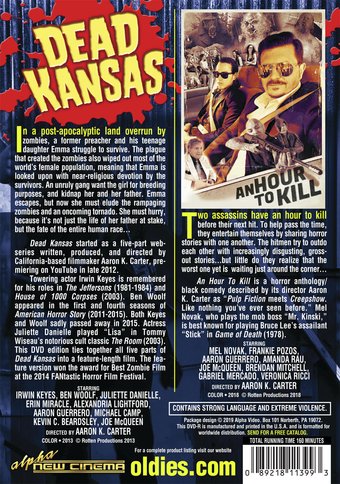 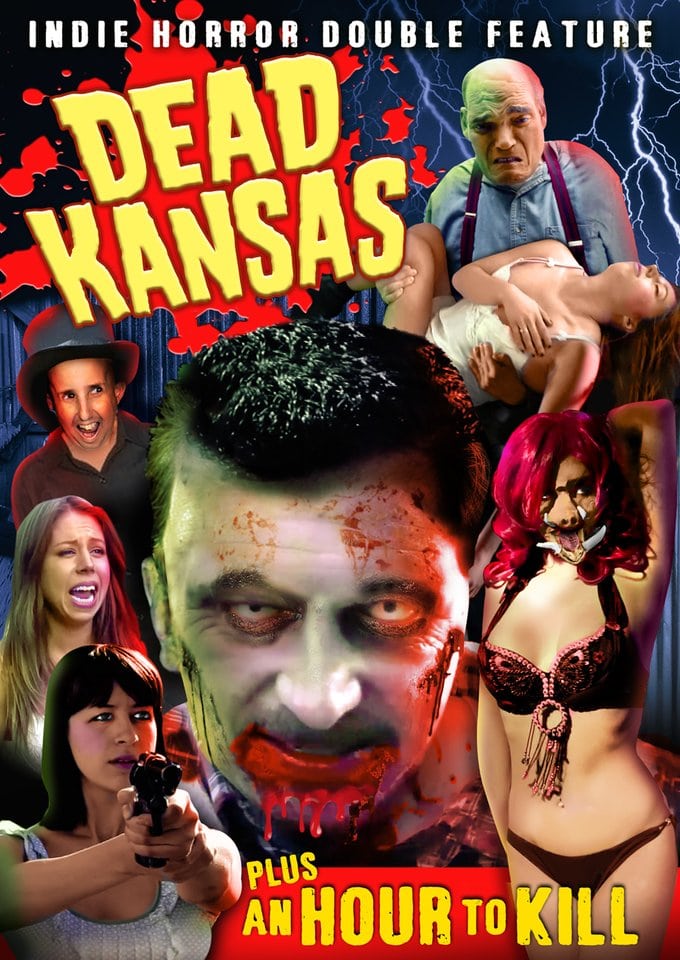 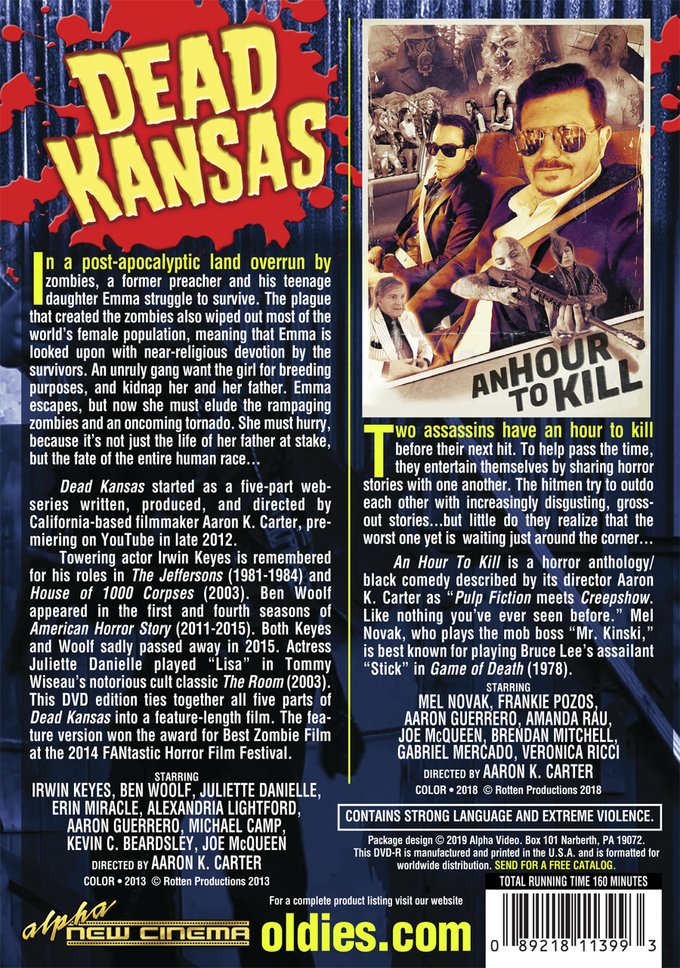 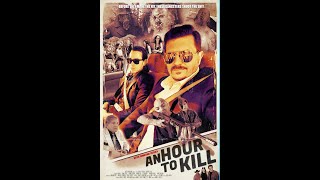 DEAD KANSAS (2013):In a post-apocalyptic land overrun by zombies, a former preacher and his teenage daughter Emma struggle to survive. The plague that created the zombies also wiped out most of the world's female population, meaning that Emma is looked upon with near-religious devotion by the survivors. An unruly gang want the girl for breeding purposes, and kidnap her and her father. Emma escapes, but now she must elude the rampaging zombies and an oncoming tornado. She must hurry, because it's not just the life of her father at stake, but the fate of the entire human race…

Dead Kansas started as a five-part webseries written, produced, and directed by California-based filmmaker Aaron K. Carter, premiering on YouTube in late 2012. Towering actor Irwin Keyes is remembered for his roles in The Jeffersons (1981-1984) and House of 1000 Corpses (2003). Ben Woolf appeared in the first and fourth seasons of American Horror Story (2011-2015). Both Keyes and Woolf sadly passed away in 2015. Actress Juliette Danielle played "Lisa" in Tommy Wiseau's notorious cult classic The Room (2003). This DVD edition ties together all five parts of Dead Kansas into a feature-length film. The feature version won the award for Best Zombie Film at the 2014 FANtastic Horror Film Festival.

AN HOUR TO KILL (2018): Two assassins have an hour to kill before their next hit. To help pass the time, they entertain themselves by sharing horror stories with one another. The hitmen try to outdo each other with increasingly disgusting, gross-out stories...but little do they realize that the worst one yet is waiting just around the corner…

An Hour To Kill is a horror anthology/black comedy described by its director Aaron K. Carter as "Pulp Fiction meets Creepshow. Like nothing you've ever seen before." Mel Novak, who plays the mob boss "Mr. Kinski", is best known for playing Bruce Lee's assailant "Stick" in Game of Death (1978).

36%off
The Shadow Knows: 34 Scary Tales from the Vaults of Horror
$7.70 Super Savings
Add to Cart